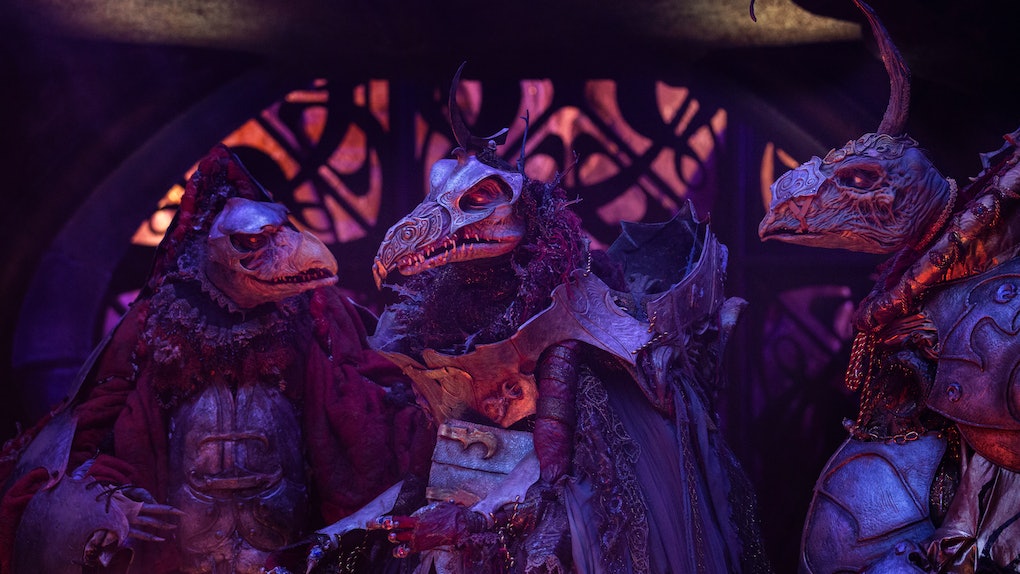 Is There A 'Dark Crystal' Post-Credit Scene? Don't Move From Your Couch

The post-credit sequence is a strange little notion. Initially used as a way to entertain the audience as the credits rolled, most were initially behind-the-scenes blooper reels. Marvel has changed that, using these "not quite part of the movie" clips like CDs once did "hidden tracks," an easter egg reward for viewers to keep watching. The practice has now spread to Netflix, where Stranger Things used one to great effect at the end of Season 3. But are more shows joining in? For instance, is there a Dark Crystal: Age of Resistance post-credit scene? Yes, there is, and it's a must-watch for fans of the show.

The Dark Crystal: Age of Resistance has been getting rave reviews since it's release on August 30. Fans are taken by the detail that has gone into the creation of this miniature puppet world of Thra, where the Skeksis rule over a population of Mystics, Gelfings, and Podlings. The plot sometimes can be as involved as anything going on in Westeros. But the care that goes into making these characters feel like real creatures, instead of puppets worked by invisible artists, is wondrous.

It's not surprising, then, that viewers are asking for more as soon as the story ends and those final credits roll. And Netflix has provided. But this post-credit scene is no mere hidden track; it's practically an entire hidden album.

When one opens the list of Dark Crystal episodes on Netflix, 10 episodes appear. But if one goes to the final scene of Episode 10 "A Single Piece Was Lost," and let the credits play out, the autoplay shoots the viewer to an extra, hidden feature. It's a documentary entitled The Crystal Calls: Making The Dark Crystal: Age of Resistance, and it's a full hour and 22 minutes.

It's a brilliant use of Netflix's familiar autoplay function. Normally used to encourage viewers to continue watching, it gives The Dark Crystal a way of including a "hidden" episode without the audience knowing it's there. It's an easter egg viewers find if they watch to the end and let the credits roll.

And what a lovely bonus this documentary is. It ties the original film from 1982 to the new series and helps audiences understand how the former informs the latter. It also dives into the decision to use puppets, rather than using CGI for some (or all) of the characters.

One of the more striking things about the credits on Dark Crystal is that not only are the voice-over artists listed but so are the puppeteers. This documentary not only introduces these hidden actors but shows how the different puppets work, from Gelfling hand puppets to the full-body Skeksis.

More like this
'Emily In Paris' Season 2: Premiere Date, Trailer, Cast, Filming News, & More
By Dylan Kickham and Ani Bundel
Who Is General Kirigan In 'Shadow And Bone'? The Books Don't Mention Him
By Ani Bundel
These 'Shadow And Bone' Behind-The-Scenes Facts Are So Magical
By Abby Monteil
Stay up to date