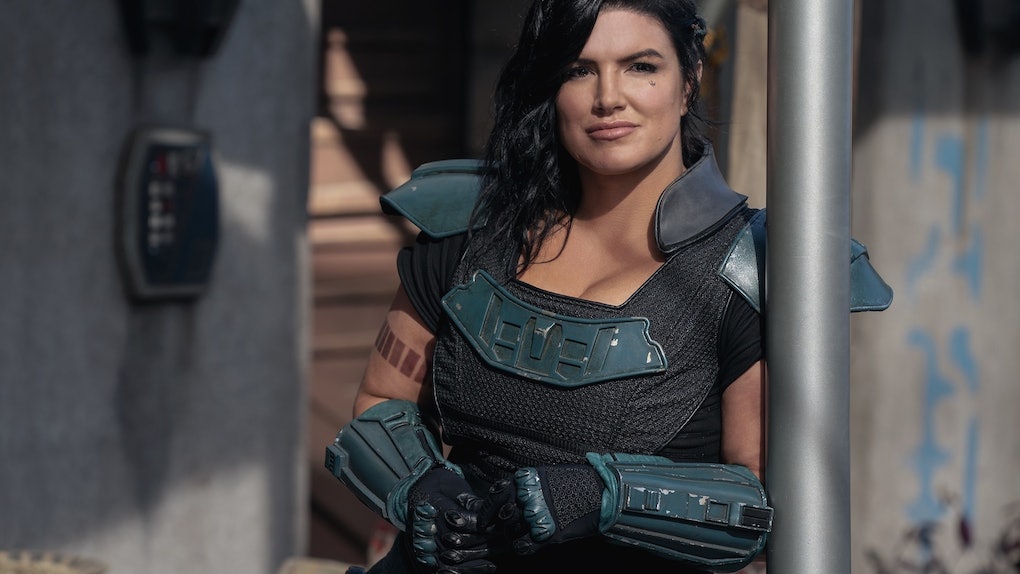 Is 'The Mandalorian' Getting A Cara Dune Spinoff? It Hinted At A New Story

Disney+ launched the most successful streaming service in history on the back of Baby Yoda and The Mandalorian. Before the House of Mouse premiered its streaming service in November of 2019, the hope was to bring in 10 million subscribers within the first few months and reach 50 to 60 million in five years, by 2024. However, it hit that 10 million number in 24 hours and surpassed the 60 million mark in under a year. With such a massive success, more Star Wars series are inevitable. So is The Mandalorian getting a Cara Dune spinoff? The latest episode of the series certainly hints at it.

Warning: Spoilers for The Mandalorian Season 2 follow. The Nov. 20 episode of the series, "The Siege," returns to Nevarro. In Season 1, the planet began as the Bounty Hunter Guild's headquarters and ended as destroyed wreckage as Mando, Greef Karga, Cara Dune, and IG-11 made their last stand against Moff Gideon. Much has changed when Mando pops by in hopes of repairing the Razor Crest. During his time away, Cara Dune has become Marshall Dune, cleaning up the city of gangsters and thieves. Karga is now a bureaucrat, running a thriving trade hub, with Mythrol (Mando's original bounty from the Season 1 premiere) as his administrative assistant.

They are happy to see Mando. But while he's there, there's just one more mission they need him to do. There's a military base on the far side of the planet run by ex-Imperials. If they blow it up, Nevarro will be free of the last dregs of the Empire and can become a significant player in the Outer Rim.

The mission is successful, though there is fallout still to come. Mando now knows Moff Gideon survived, and more importantly, Moff Gideon knows where Mando and The Child are and has a tracking device on the Razor Crest. But that's not what has fans pricking up their ears.

Rumors were rampant ahead of The Mandalorian Season 2's premiere that a Cara Dune-focused spinoff was in the works. Moreover, there's a lot about how "The Siege" ends that suggests this is an old-school backdoor pilot spinoff, introducing a series focused on the exploits of Nevarro and The Outer Rim. The episode starts with unrelated scenes with Dune working as Nevarro's Marshall, including a cute little always-eating sidekick she adopts. There are tons of relationship details and banter between Karga, Dune, and Mythrol, building them into a stand-alone unit. There are times when Mando almost feels like the guest star who swoops in and saves the day, not unlike Bo-Katan did last week.

But most telling are the two scenes after Mando and The Child take off to continue their adventures. Karga is left to explain all the explosions and disturbances to Captain Carson Teva, who fans will recognize as one of the New Republic's enforcers Mando ran into earlier this season. Their conversation indicates Nevarro's adventures are only just beginning. Then there's Teva's conversation with Dune afterward about their time in the Rebel Alliance and her losses when Alderaan exploded, which turns her character into a sympathetic heroine, a Marshall with a sense of justice and a mission.

Will Dune, Karga, and Mythrol have their own series soon? Perhaps The Mandalorian is only the beginning of an entire Lucasfilm empire of Star Wars live-action series.

More like this
The 'Star Wars' x Herschel 'The Mandalorian' Line Includes A Baby Yoda Backpack
By Rachel Chapman
When Does 'Loki' Premiere On Disney+? Wednesdays Are The New Fridays
By Ani Bundel
Why Wasn't Dr. Strange In 'WandaVision'? Benedict Cumberbatch Was Written Out
By Ani Bundel
Stay up to date