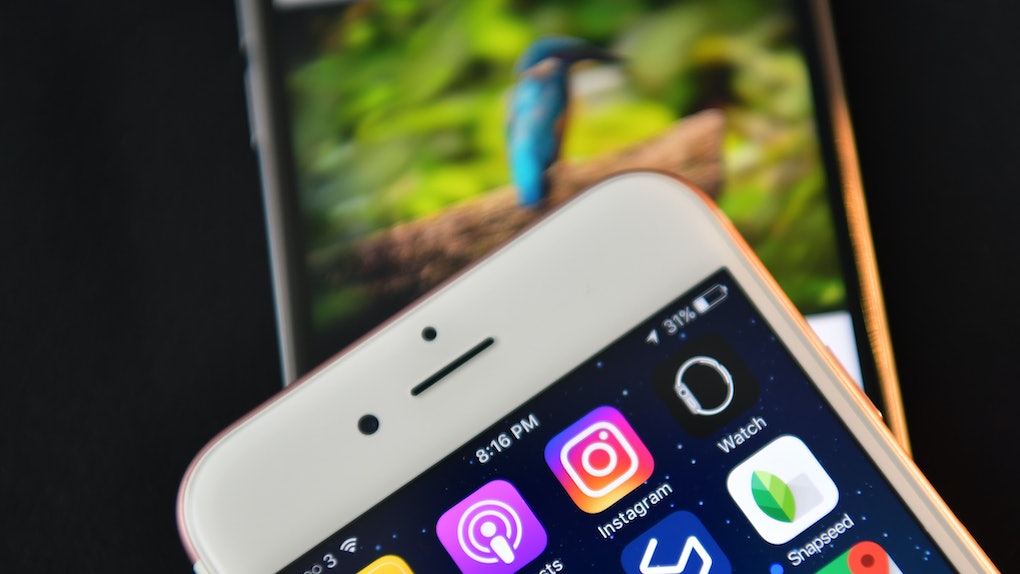 If you're an Instagram user, chances are that you have a love-hate relationship with its Following Activity tab, which allows you to snoop on the likes, comments, and follows of the people that you follow simply by swiping to the left in the Activity tab. While the feature definitely has had its share of both naysayers and fans, you might be one of the many Instagrammers who noticed that the app's layout is looking a little different and could be wondering: is the Instagram Following tab gone? Here's why the ultimate social media stalking feature might be history in the coming days.

While the Following Activity feature comes in clutch when you're trying to see if your new crush is potentially Insta-flirting with someone else or if your ex is liking a potential love interest's posts, it can also be awkward AF when you don't want everyone to be able to see what you're liking and commenting on or, in many cases, when you'd rather not have seen what your parents or coworkers choose to like on the social media platform. Well, like it or not, it sounds like it's the end of an era, and the controversial feature looks like it'll be a thing of the past starting the week of Oct. 7, according to a new report.

Instagram didn't immediately respond to Elite Daily's inquiry about the rollback of the feature, but BuzzFeed News cited Instagram's head of product Vishal Shah when apparently breaking the news that the feature will be no more on Monday, Oct. 7.

Per the publication, Shah said that the company's decision to nix this feature in the coming days has to do with the fact that it's gone to the wayside in favor of Instagram's Explore page, which also shows your Instagram followers posts and accounts based on your activity. In addition, Shah said that he didn't think that many users even knew of the feature's existence, saying, "People didn’t always know that their activity is surfacing, so you have a case where it’s not serving the use case you built it for."

He also hinted that it was not the best surprise when people did find out that all their likes and comments were being broadcast to their followers, adding, "But it’s also causing people to be surprised when their activity is showing up."

Head of Instagram Adam Mosseri echoed Sha's sentiments when he shared the news on Twitter on Monday, announcing:

Today we're removing the 'Following' tab on Instagram, which was created to help people discover new posts and accounts their friends engage with. We're always trying to stay focused and keep Instagram simple, and so we celebrate launches and 'unshipping.'

Unsurprisingly, many people are panicking at the fact that the feature has already disappeared from their apps, because how are we all supposed to Insta-stalk people now?

As of publication, it's not clear how long it will take for the complete rollback of the feature, but some lucky Instagrammers currently still have all their creeping capabilities. Although, it sounds like the tech giant will be phasing out the feature in the coming days, so I'd say RIP to late night snooping and dedicate some quality time to scrolling through the tab while you still can.

More like this
Here's How To Add Auto Captions In Instagram Stories For More Accessible Videos
By Lara Walsh
Why Don't I Have Twitter Spaces? Here's The Deal With The Audio Rooms Feature
By Lara Walsh
Here's How To Do The TikTok Photo-Editing Hack On Your iPhone So It's Always Golden Hour
By Lara Walsh
Stay up to date