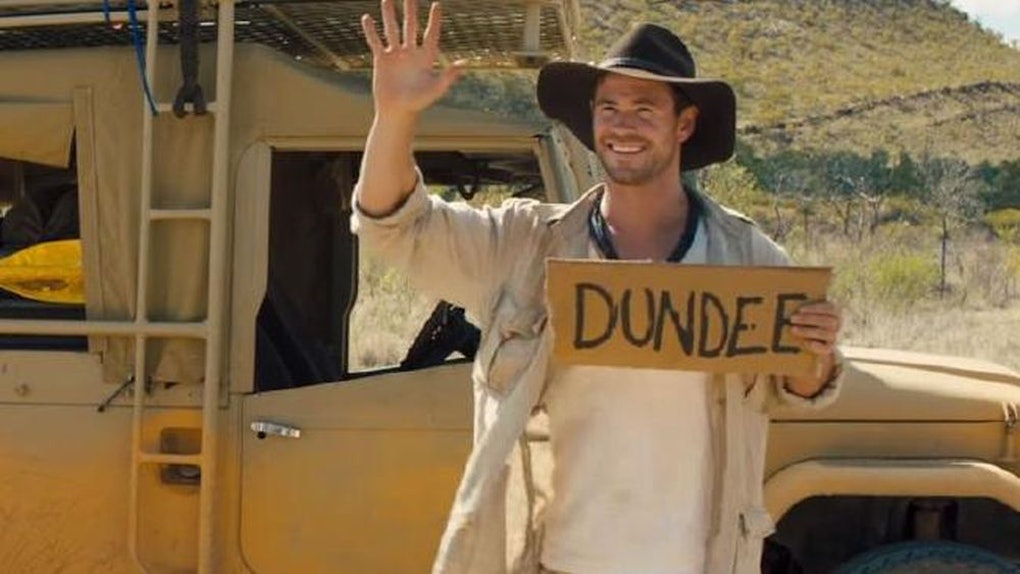 Is The Crocodile Dundee Reboot Movie Real? The "Trailer" Has Fans Asking Questions

Every time a rebooted property is announced, they say Hollywood is out of ideas. That's not quite true. Hollywood would just rather take risks on recognizably names to ensure audience interest. Why make a movie about a space soap opera, when the stock characters can be assigned to Star Trek archetypes, and ensure a built in fanbase? Why make a movie about unknown boxer, when you can just make a film that ties into the Rocky series? Why make an Australian outback film when you can make a new Crocodile Dundee? But is the Crocodile Dundee reboot movie real? Because we have questions.

When it came out a few days ago that US comedian Danny McBride would be starring in a Crocodile Dundee reboot, complete with a teaser trailer, most moviephiles were aghast. It's not just that the Dundee films (there were three in all) were a tacky, terrible 1980s series that no one needs to revive. It's that they were also insanely racist, horribly sexist, as well as homophobic and transphobic. (There's a scene in the original film where Dundee hits on a trans woman, as a sign of how completely uncultured he is, and how little taste he has in women. The audience is supposed to laugh. It's not even the slightest bit okay.)

So why in heaven's name would anyone try and revive this series? Well, perhaps you should check out the trailer.

Let's get something straight. That's not a real trailer. Well, perhaps it's better to say, that's not a trailer for a real reboot of a Dundee movie. That's a joke.

So what the heck are they playing at? Why is People Magazine acting like this is some sort of serious reboot, and interviewing McBride and original star of the series Paul Hogan, who they claim is also in this film?

Crocodile Dundee is back. Well, actually, he’s missing in the Outback. And the only person who might be able to find him is the loudmouthed American son no one knew he had. Introducing Danny McBride as Brian Dundee. This son of a legend is forced to channel his Aussie roots as he embarks on the ultimate adventure in the land down under. It’s time to live up to the family name

Are you side eyeing hard at this? You should be. Because A.V. Club went and did some digging, and this movie doesn't exist. If you click through to the country’s film board report, Screen Australia, it's not listed anywhere as coming out in 2018.

Meanwhile, at least someone is getting in on the joke. Chris Hemsworth, who in the last couple of years has realized his future is in comedy, and not the world of staid leading men, has also apparently joined whatever weirdness is going on, as a character with the amazing cliche name of "Wally Jr."

According to Collider, Hemsworth even put out a statement:

Working on this new Crocodile Dundee has been a dream come true. Being a proud Australian, the movie is legendary and I am honored to be a part of this next chapter.

So what is this all for, if it's not a movie? It's not April Fool's Day any time soon. In fact, the day major day on the calendar are the Grammys and the Super Bowl.

The latter is what everyone is laying their money on. (The Daily Mail even discovered the claimed director "Steve Rogers" is in fact, an advertising executive.) Though Super Bowl pranks of this magnitude are kind of rare (the Red Hot Chili Peppers fake song of 2014 comes to mind), it's the only explanation that makes sense, especially since if Hemsworth had signed on for this is real life, it would have been major news. Though exactly what the heck it's shilling for, and why the denouement would be is a complete mystery. I suppose we'll have to watch the big game to find out.

Perhaps it's a prank that the worst movie of 2018 is about to be Dundee: The Son of a Legend Returns Home? But we highly doubt it.

More like this
'Gossip Girl' Reboot: HBO Max Release Date, Cast, Trailer, & More Info
By Dylan Kickham
These Throwback Jennifer Lopez Movies Are Such A Blast From The Past
By Ani Bundel
7 Movies About Graduation To Prepare Yourself For The Cry-Fest
By Claire Spellberg
Stay up to date