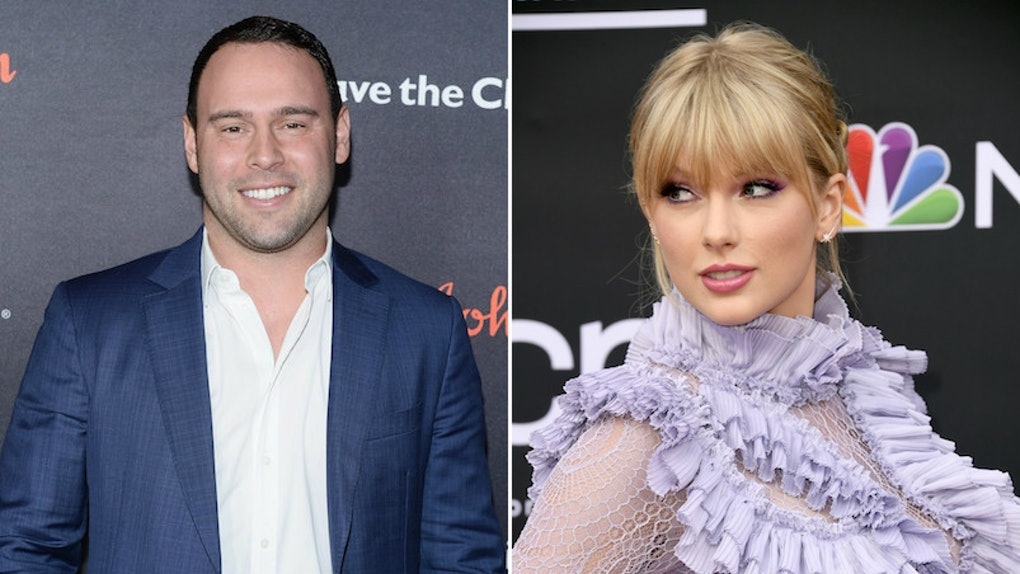 Is Taylor Swift's "The Man" About Scooter Braun? Here's Why Fans Are Convinced

Taylor Swift has never been one to sit back and take it from "the man." She's encouraged young people to vote, pulled her music from Spotify over issues regarding payment to artists, pushed for gender equality, and is an advocate for LGBTQ rights. Her "You Need to Calm Down" music video is even dedicated to LGBTQ representation. Now, she's openly tackling the issue of sexism on her new album. After the recent drama, fans are wondering: Is Taylor Swift's "The Man" about Scooter Braun? She's previously opened up about feeling attacked by the music manager's actions, and "The Man" seems to fit some of those emotions.

While Swift's seventh album Lover is full of catchy beats, "The Man" sticks out for its honest take on people's perceptions of women's actions versus those of men. In it, Swift sings:

They'd say I played the field / Before I found someone to commit to / And that would be OK for me to do / Every conquest I had made would make me more of a boss to you ... I'm so sick of running as fast as I can / Wondering if I'd get there quicker if I was a man / And I'm so sick of them coming at me again / Cuz if I was a man / Then I'd be the man

Swift is no stranger to being in the center of public critique, but most recently, she's been in the news for her disagreement with music manager Scooter Braun. In July 2019, Swift clashed with Braun after he acquired the rights to her older music, meaning she lost control of these records' legacy. In a Tumblr post, she wrote:

All I could think about was the incessant, manipulative bullying I’ve received at [Braun's] hands for years ... Now Scooter has stripped me of my life’s work, that I wasn’t given an opportunity to buy. Essentially, my musical legacy is about to lie in the hands of someone who tried to dismantle it.

According to Swift, she and Braun have had a difficult relationship recently, citing a number of times she felt Braun and his clients, including Kanye West and Justin Bieber, bullied and took advantage of her. The drama basically split the music industry in half, with celebs like Halsey and Cara Delevingne coming to Swift's defense and stars such as Bieber and Demi Lovato taking Braun's side.

While "The Man" addresses Swift feeling ridiculed for her dating history and professional success, it also hints toward Swift feeling like her reaction to Braun's purchase isn't being taken seriously. She sings:

In an Aug. 8 interview with Vogue, Swift said "The Man" "plays with the idea of perception." Wondering how others would speak of her if she were a man, Swift told the magazine, "If I had made all the same choices, all the same mistakes, all the same accomplishments, how would it read?”

Since Braun's purchase, Swift has announced her intention to re-record her earlier songs so she owns the rights to them. While it's safe to assume that "The Man" was her response to a range of her media attention, Swift's lyrics about people accepting men's anger definitely feels applicable to her feud with Braun. It would have been a quick turnaround if the song is a direct response to Braun, but stranger things have happened. If "The Man" was intended as a warning that Swift won't let this development hinder her, the message is certainly received.