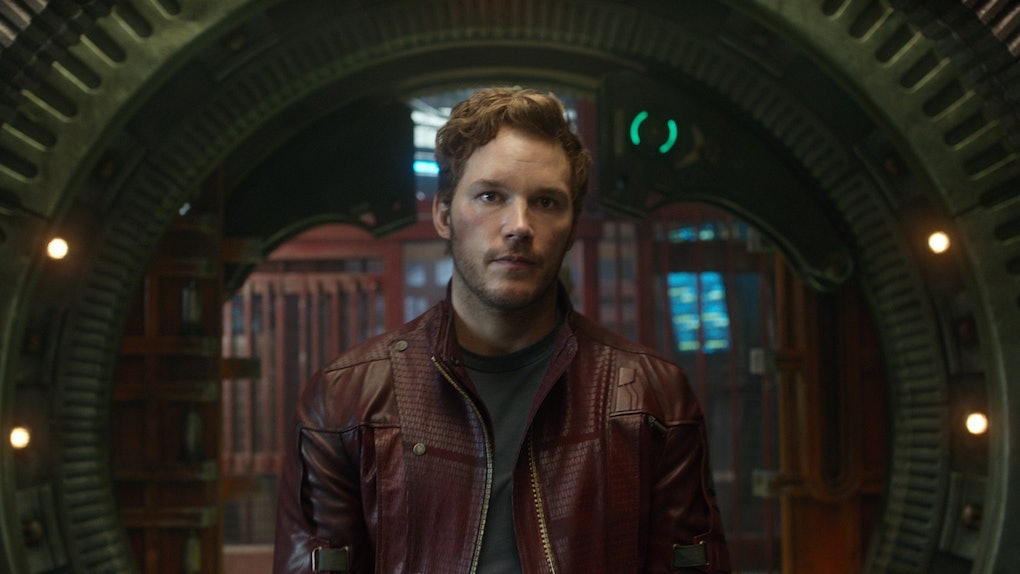 When the Guardians of the Galaxy made their first appearance in Avengers: Infinity War, there were raucous cheers among the audience at my screening. That says enough about how beloved that particular group of characters is, but fans obviously have a special fondness for Chris Pratt's Peter Quill. Spoiler Alert: Spoilers for Avengers: Infinity War follow. Of course, very few superheroes were safe by the end of Infinity War, and Quill happened to be one of the unlucky ones. So, with his fate unclear, is Star Lord in Avengers 4?

Like many of his new colleagues, Quill vanished into thin air after Thanos gathered all six Infinity Stones and began manipulating reality. His fellow Guardians also disappeared, while Gamora was seemingly already dead after Thanos sacrificed her to retrieve the Soul Stone. Given how recently the Guardians were introduced into the Marvel world, it would be strange for the characters' likelihood of returning for future films to be non-existent, so what are the chances of Quill and his gang being in Avengers 4?

According to Screen Rant, Pratt is confirmed to appear in the grand finale of the Avengers series, having been spotted in behind-the-scenes photos from the Avengers 4 set. Karen Gillan, Pom Klementieff, and Dave Bautista are also confirmed for the sequel. This suggests that Quill and the other team members are either brought back from their mysterious disappearance or that the popular time travel theory will be applied to the storyline of Avengers 4. Plus, seeing as a third Guardians of the Galaxy film is reportedly in the works, it would be a little awkward to kill off the team's leader.

If Pratt has any say in his character's future, it's clear that he enjoys taking part in the Marvel universe and doesn't want to leave any time soon. Speaking to the Toronto Sun last year, Pratt said:

I think this sequel transcends the genre in a way. It’s a deep motion picture and something different than just a big spectacle film. There’s a difference between dime-store novels and literature and this is like literature. It’s going to stand the test of time. It’s maybe this decade’s movie, if not a longer period of time.

So, yeah, it's safe to say that he's really into the Marvel movies and the Infinity War story in particular.

Assuming that the remaining Avengers find a way to bring back their vanished friends, Quill has an interesting road ahead of him in the Infinity War sequel and the next Guardians of the Galaxy film. Infinity War hinted that his unspoken connection to Gamora had finally reached a new level, but we were left believing that Gamora was gone for good after Thanos killed her in exchange for the Soul Stone.

Disappearing from existence is one thing, but falling off a cliff and landing on the faraway ground of a mysterious planet doesn't leave much room for survival. I'm open to possibilities, but the chances of audiences seeming Gamora again seem slim. How will Peter cope with her death in the long run? Will he want to step away from his position by the end of the Infinity War sequel? We'll have to wait and see if any surprises regarding Gamora are in store in the next Avengers film. Miracles are allowed to happen in outer space, right?

With these brief clues about Quill's future, I know that I still won't be OK until we find out more about Gamora. She can't really be dead, can she?

More like this
TikTok's #NotTheMainCharacter Trend Shows The Supporting Role You Connect With Most
By Marisa Casciano
Camila Cabello's 'Cinderella': Release Date, Cast, Trailer, & More
By Abby Monteil
7 Movies About Graduation To Prepare Yourself For The Cry-Fest
By Claire Spellberg
Stay up to date