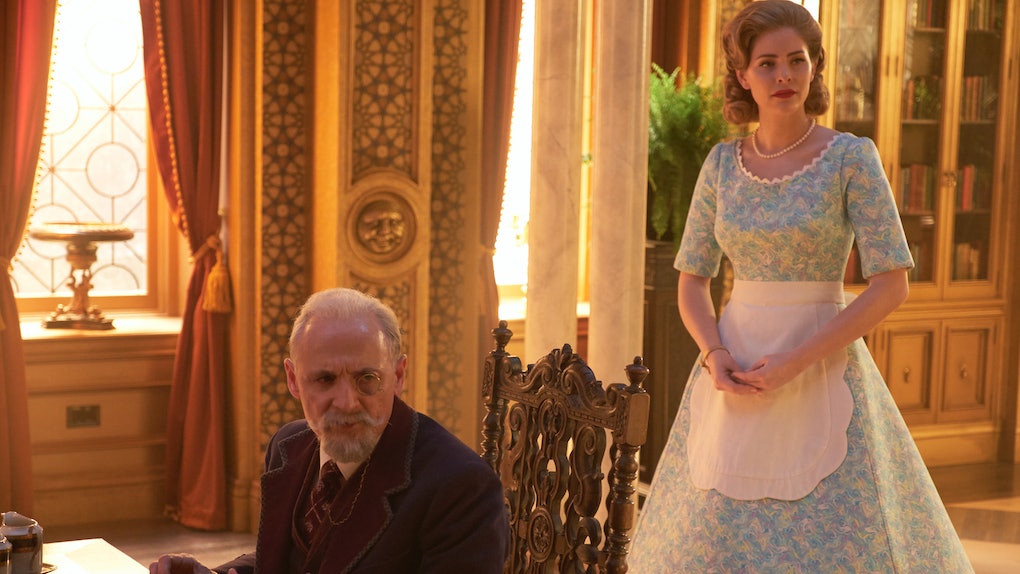 Is Reginald Hargreeves An Alien? 'The Umbrella Academy' Has Hinted He May Be

When The Umbrella Academy arrived on Netflix in 2019, fans of comic series were excited. With the Marvel shows winding down, this seemed like a new era in Netflix's adaptations, and as a Dark Horse comics series, it was sure to be unique. But there's "unique," and then there's The Umbrella Academy, which veered into downright weird, and there are still a lot of questions as Season 2 rolls around. One of the most significant centers around the man who started the Academy in the first place. Most notably, fans are wondering: Is Reginald Hargreeves an alien?

Known as "The Monocle," Sir Reginald Hargreeves' death is what kicks off the first season of The Umbrella Academy. As his children gather for his funeral, the series runs down how the Academy got started. Hargreeves was a world-renowned scientist and wealthy entrepreneur who had won the Nobel prize for "the cerebral advancement of the chimpanzee," as shown in his subject, Pogo, who helped raise the Hargreeves children.

Reginald never married. Instead, he conducted (most likely illegal) experiments to have kids where he impregnated 43 women across the globe without their knowledge. Not that the pregnancies lasted long; all gave birth within a day. Of those 43 babies born, Hargreeves managed to collect seven, each of whom turned out to have superpower mutations. He called them "The Umbrella Academy" and introduced them to the world as a pack of child superheroes.

But how did Hargreeves accomplish such a feat? The series gives broad hints that Hargreeves is not human. His inability to understand emotions, for instance, leads all seven of his "children" to grow up into emotionally stunted adults. The comics are more willing to spell out that Hargreeves is an alien species masquerading as a human being. He sees the children he adopted as experiments, much as human scientists might treat lab rats. But the TV adaptation has not been so forthcoming — and (so far) his children seem to believe their father was human. Fans are curious about why that might be.

Fans have speculated The Umbrella Academy might change Hargreeves' backstory for the screen adaptation, and the trailer for Season 2 could support that. The Umbrella Academy has revealed the Hargreeves children will travel back to the 1960s, thirty years before they are born. Hargreeves, who looks to be about 70 or so when he adopted them, therefore would be in his mid-40s during this time, if he were human.

Hargreeves appears to be a younger man here. Does that mean he aged up his disguise as the years go on, or has the series decided to change his origins? Or, is this simply a matter of letting the older Hargreeves children put the clues together themselves in Season 2 when they meet the man who raised them under very different circumstances?

Let's not even get started on the temporal paradox loop Hargreeves meeting his children 30 years before they're born creates. The apocalypse is coming (again). Sometimes you've got to break a few paradoxes to make a save-the-world omelet.

The Umbrella Academy Season 2 arrives with 10 episodes on Netflix on Friday, July 31, 2020.