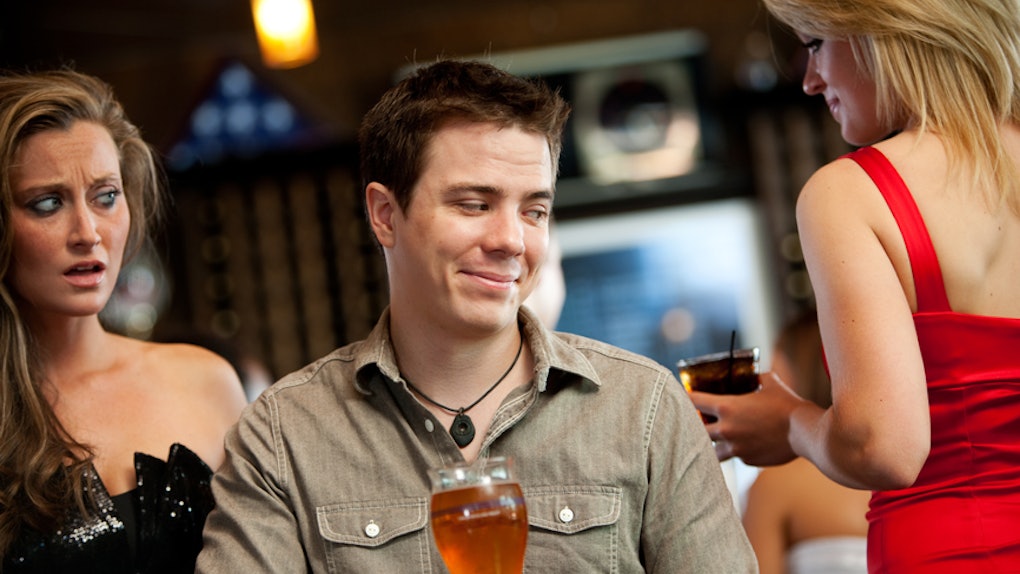 Is "Once A Cheater, Always A Cheater" True? Women Reveal What They Really Think About The Saying

I have a pretty serious issue with cheating. I, myself, have never cheated, and I'm lucky enough to say that I've never been cheated on (as far as I know). I see cheating as a total deal breaker. As far as I'm concerned, trust has been broken at that point, and moving past that is more work than it's worth. But is "once a cheater, always a cheater" true? Just because your partner cheated once, does it necessarily mean that it's going to happen again? Is there a such thing as an out-of-character, one-time-only slip up?

A recent Reddit thread asked ladies to share their thoughts on whether or not they think there's any truth to the saying we've all heard. Here's what they had to say.

The philosophy is too simple, according to this woman.

It's an oversimplification but unless they change the behaviour/traits that lead to the cheating it's usually true.

For another woman, it's a tried-and-true principal.

Hasn't failed me yet. If Mike will cheat on Jane, I'd bet my ass he would cheat on me, too.

Context is key, for this woman.

It's not universally true, since context really does matter.

Within the same relationship though, I haven't met anyone who has remained faithful after straying

I think that repeated patterns of past behavior are usually decent indicators of future behavior, but not that it is 100% accurate.

This woman says don't worry until they've done it twice.

Sort of. I'd probably amend it to "twice a cheater always a cheater". Some people really do cheat once and then feel so terrible that they never do it again in that or future relationships. I think that's especially true of people who end their relationship after they cheat, rather than trying to work through it. Sometimes people just don't have enough experience to know when a breakup is supposed to happen, but one bad experience where they try to drag a relationship out too long and cheat as a result is enough for them to learn.

However, if a person can cheat twice that means it doesn't make them feel bad enough. Ending a dead relationship/going without sexual satisfaction for a bit/not banging the blond at the bar/whatever motivated the cheating clearly feels worse to them than cheating, which means they will cheat again.

Occasionally, people do change, according to her.

Its unfortunately true more than not, but I do know that some people can and do change. It depends on the reason for cheating honestly and why the person cheated.

For this woman, it's a bigger problem within the same relationship.

If you’re talking about within the same relationship, it has proven to be true in my experience and in the experience of my close friends and family. I’m sure some people do change when they’re forgiven but it seems very rare.

I have a zero tolerance policy for cheating now. If an SO cheats on me, I will break up with them immediately and go no contact, no matter how much it hurts. If someone could consciously make a decision that they know for a fact would deeply hurt me, make me feel totally disrespected, and destroy our relationship, then they aren’t the kind of partner I want.

I think that it’s not crazy to think that way, but I do also think that people can change and people can grow up. I know lots of people who were real rebels and troublemakers in their early years and have now really got their life together and became really good people.

This woman thinks cheating shows an undeniable weakness in character.

It's a simplification, but the concept is fairly accurate in my experience.

Cheating is a symptom of deeper issues or character's weaknesses (egocentrism, low self-esteem, lack of empathy, lack of introspection, manipulative tendencies, etc.). As long as these deep issues arent fix, the cheater will cheat again, or at least, will poison the relationship.

It's a good indicator of future behavior, for this woman.

I think so, yes. I accidentally said "if they'll cheat with you, they'll cheat on you" to my friend yesterday, forgetting that her current boyfriend cheated with her at the beginning of their relationship 😅 Having said that, I think it does depend on time and circumstance. People can grow and change. But someone who has cheated in the past is likely going to do it again someday.

Of course, every rule has its exceptions.

Generally true but there are exceptions.

It's great to get the perspective of other people and to learn from their experiences but it's also important to note that every relationship is different. What rings true within your own relationship doesn't necessarily have to align with what's true in other people's relationships.