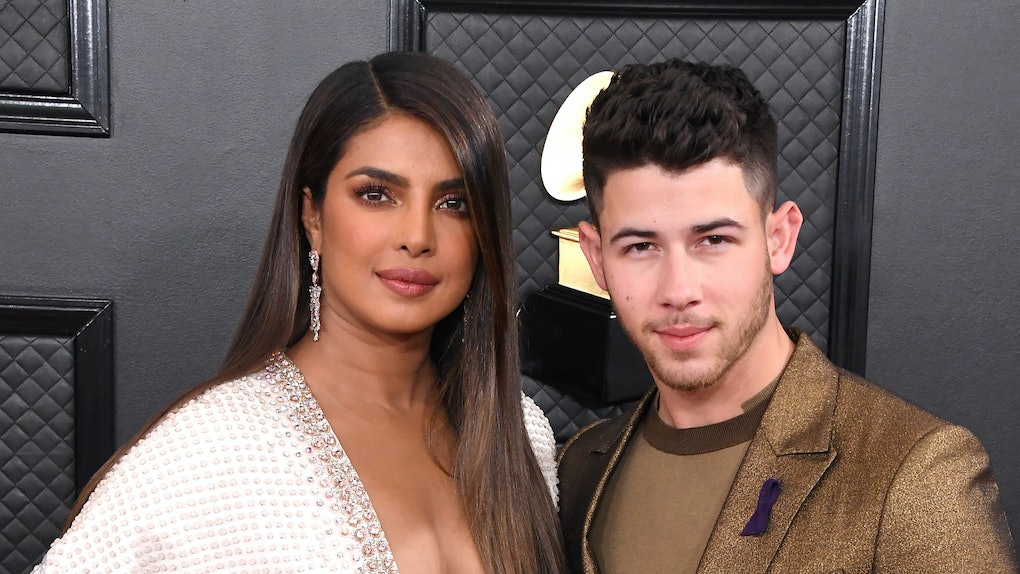 Is Nick Jonas' "Spaceman" About Priyanka Chopra? The Lyrics Are About Loneliness

Nick Jonas is officially back with solo music! On Thursday, Feb. 25, he dropped a new single called "Spaceman" that's all about feeling alone during the pandemic. Since he and his wife are always traveling around the world jumping from one project to another, fans are asking, is Nick Jonas' "Spaceman" about Priyanka Chopra? The singer got real about his inspiration during a new interview with Apple Music.

"Spaceman" is the title track off Jonas' upcoming record of the same name, which will have 11 tracks total. The same day he dropped "Spaceman" — his first solo single since his 2018 hit "Right Now" — Jonas revealed his album will arrive on Friday, March 12. "The Spaceman era has begun. So excited to be starting this journey with all of you," Jonas wrote on Instagram alongside a photo of his album's cover art.

Jonas explained his album was inspired by the coronavirus pandemic and his experience quarantining away from loved ones. "I made this album while doing what most of us have been doing during this past year, sitting at home getting used to the new normal and hoping for better days ahead," the star said, adding he'll explore themes of distance, indulgence, euphoria, and commitment on the record.

"Spaceman" gives fans a taste of the message behind his album because it deals with isolation. "I'm talking to you / But it never feels like it comes through / I'm on my own, I'm a spaceman," Jonas sings on the track, implying the pandemic has made him feel distant from someone special. "I know that it's sad but it's true / I'm tryna get home."

At the end, Jonas says, "Don't wanna be alone." If you think the lyrics are about Chopra, you're absolutely right. Jonas told Apple Music his wife was his muse while recording Spaceman. "Most of the songs are pretty much just love letters," he admitted.

Jonas said the title track is especially personal because it explains his feelings being away from Chopra during the pandemic. "I was away from my wife for a few months while she was filming a movie, and that’s when I started making the record," Jonas said of the song.

Besides being a love letter to his wife, "Spaceman" sends a message to fans to have hope things will get better. During the bridge, Jonas sings, "Hard times make you love the view/ Right now think I'm getting through/ Only way that I can."

Listen to "Spaceman" below.

Catch Jonas' first live performance of "Spaceman" when he returns to Saturday Night Live on Feb. 27.

More like this
Is Taylor Swift's "Mr. Perfectly Fine" About Joe Jonas? Sophie Turner's Instagram Has Fans Curious
By Brandy Robidoux
What Do BTS' "Film Out" Lyrics Mean In English? They're About A Past Relationship
By Michele Mendez
Olivia Rodrigo's Debut Album: Title, Release Date, Music Videos, Tracklist, & More Details
By Michele Mendez
Stay up to date