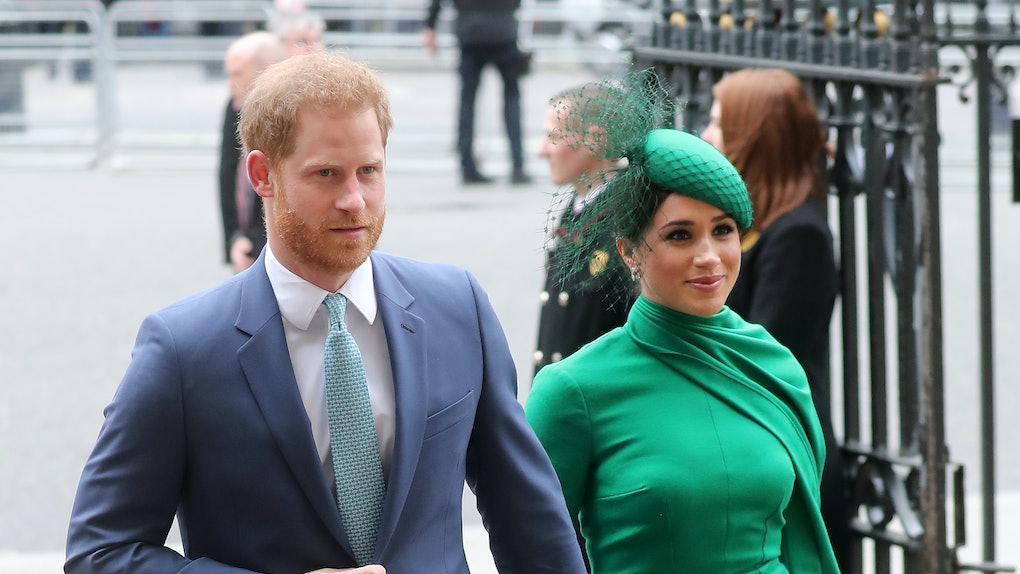 Is Meghan Markle Pregnant Again? She Just Postponed Something Major

Meghan Markle and Prince Harry have one healthy and unbelievably adorable baby boy at home, but fans believe they might have another little one on the way. You see, Meghan recently delayed her ongoing trial against The Mail on Sunday until fall 2021. When royal fans realized the trial's new date is right around nine months away, speculation ran rampant. Many are questioning if Meghan Markle is pregnant again, and are hoping the answer is yes. Meghan and Harry's team did not respond to Elite Daily's request for comment on the rumors.

In October 2019, Meghan announced she was suing The Mail on Sunday over a series of stories published in 2019 in which portions of a private letter she wrote to her father following her 2018 wedding to Prince Harry were disclosed to the public without her consent. While the trial was originally set to take place in January 2021, the Duchess has reportedly requested for it to be pushed back to the fall. According to a Harper's Bazaar report, Meghan's request to postpone was granted after her legal team provided a confidential reason as to why it was necessary. Given that the nine month delay is the same length of time as a pregnancy term, royal fans are chattering about Meghan possibly having another baby on board.

"So are we all in agreement that #MeghanMarkle is pregnant! A nine month delay is an oddly specific time frame," one person tweeted, while another said, "I think she is pregnant......not before next October dates seem to coincide with pregnancy and maternity time frame."

The potential pregnancy news wouldn't be a complete surprise. The couple have spoken out in the past about their desire for more kids. Speaking with British Vogue for their 2019 September issue, Harry revealed he does indeed want more kids, just not too many. “Two (children), maximum,” he said.

Only time will tell why Meghan chose to delay the trial by nine months, but if the rumors ring true, baby Archie could be getting a little sister or brother very soon.