Although Season 2 of Jessica Jones will not premiere on Netflix until Thursday, March 8, reviewers already have access to the first five episodes, and sadly, things do not look good for Luke Cage fans. Cage does not show up at all in the first half of the season, but that does not mean he won't pop up sometime towards the end. After all, the new season will consist of 13 episodes in total, which means there is still plenty of time to go after Episode 5 — plus, the story of the new Jessica Jones season actually seems to lend itself pretty well to bringing Cage into it before wrapping. So basically what I'm saying is: no Luke Cage at first, but there's still a chance he could come in towards the end.

But although we might be seeing Luke Cage and Jessica Jones working together again, fans shouldn't expect them to rekindle their romance... or at least, probably not. As a reminder of where we left off with these two at the end of The Defenders, Cage is currently dating the show-hopping nurse Claire Temple, and although he forgave Jones for having killed his wife Reva while under Kilgrave's mind control, the two kept things professional while working with Daredevil and Iron Fist to take down The Hand. Given Cage's romantic relationship with Claire Temple, and the fact that Temple will most likely be featured in the second season of Luke Cage later this year, fans can presume that if Cage does pop up in Jessica Jones, things will be platonic between the former flames.

Another element adding to the non-rekindling of Luke and Jessica in this season of Jessica Jones is the collection of set photos that popped up online a few months ago, which showed Jessica Jones making out with a mysterious new man. Maybe she has moved on just like Luke Cage has? Then again, the show could use a brief Jones-Cage fling in the new season to set up some romantic tension between Jones and this new guy and Cage and Claire Temple moving forward — who knows? 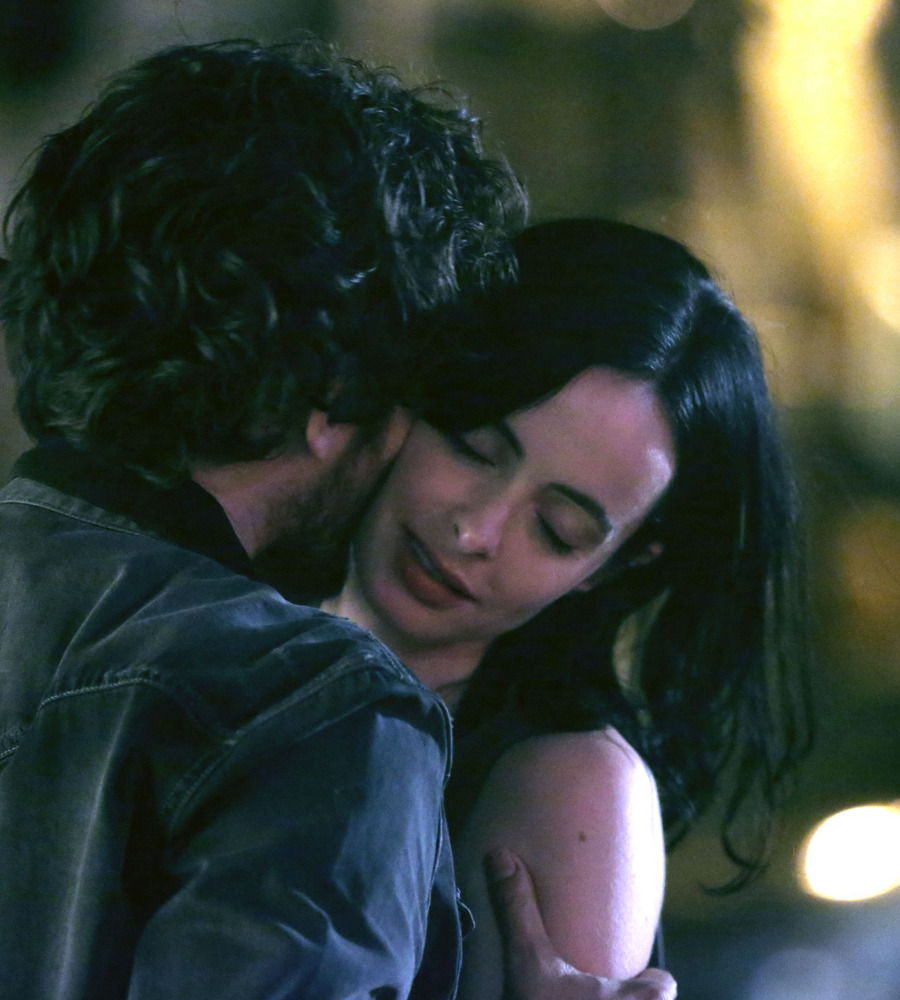 While romance may not be on the table, there is still a possibility that Jessica Jones Season 2 will bring Luke Cage in towards the end, given the storyline of the new season. With Kilgrave out of the way, Jessica Jones will be investigating the shady government organization IGH, which she believes to be responsible for her superpowers. Since we have also seen hints that IGH might have also given Luke Cage his powers, it's not inconceivable that Jones might stumble on some evidence connected to Cage and bring him in on the investigation. Obviously, he would also be interested in finding out more about the organization that made him bulletproof.

So, there's a plausible reason for Luke Cage to return to Jessica Jones this season, but still no evidence that he actually will. He is definitely not in the first five episodes, so get ready to binge your way through the 13-episode season to try to find the bulletproof man when the new episodes officially drop. Season 2 of Jessica Jones will premiere on Netflix on Thursday, March 8.