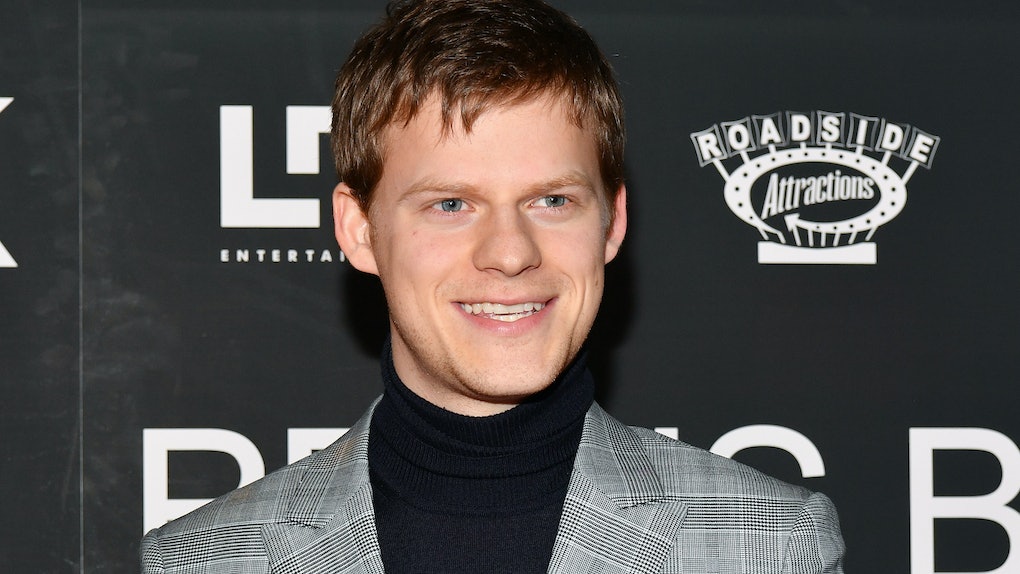 Is Lucas Hedges Single? The 'Boy Erased' Actor Was Snapped Getting A Kiss From Taylor Russell

Lucas Hedges is having another moment. The actor is considered a likely nominee for his performances in Boy Erased and Ben Is Back at the 2019 Oscars (he already snagged a Golden Globe nomination for the former), which would mark his second Oscar nom of his career (the first being for Best Supporting Actor for Manchester By The Sea). With him being in the spotlight right now, fans are wondering: Is Lucas Hedges single? It looks like he might not be, as he was seen at a basketball game kissing another actress. Elite Daily reached out to Hedges' team for comment on the nature of this relationship, but did not hear back by the time of publication.

On Monday, Dec. 17, the 22-year-old actor was seen at a New York Knicks and Phoenix Suns basketball game in New York City with actress Taylor Russell. The two, who will be seen co-starring in the upcoming film Waves, kissed in front of the crowd when the infamous kiss cam landed on them. Russell, who played Judy Robinson in Netflix's Lost In Space, planted a kiss on Hedges' cheek when they were on the kiss cam, and then they kissed for real.

It's not clear if the smooch was platonic and they were just going along with the kiss cam rules, or if they're actually ~a couple~.

Showmances (people who start dating because they worked together on a show/movie) happen all the time, though (trust me, I know — I'm a theater kid), so they definitely could have started dating after working together on Waves. Or, you know, it ain't that deep.

If they are a couple, Twitter is into it.

Hedges recently opened up about his personal life in an interview with Vulture. In it, he revealed his sexuality is a spectrum, and that while he is still working on speaking about his sexuality publicly with confidence, he feels the need to provide representation to marginalized groups in the roles he chooses. For example, in both Boy Erased and 2017's Lady Bird, Hedges plays a gay teen.

“People expect you as an actor to have a voice that’s set in some way, and that’s really not what I am,” he told the outlet. “I’m very much within the conflict and confusion of my own life, still, and I definitely feel a pressure to step up in a way. I prefer to step up in my art, and I don’t entirely know how to in my life.”

Referencing Boy Erased, which is about a gay teenager who is sent to a gay conversion therapy center, Hedges said, “I owe it to this part to speak as honestly as possible."

"In the early stages of my life," he explained, "some of the people I was most infatuated with were my closest male friends. That was the case through high school, and I think I was always aware that while for the most part I was attracted to women, I existed on a spectrum.”

I felt ashamed that I wasn’t 100 percent, because it was clear that one side of sexuality presents issues, and the other doesn’t as much. I recognize myself as existing on that spectrum: Not totally straight, but also not gay and not necessarily bisexual.

Can he be any more amazing?