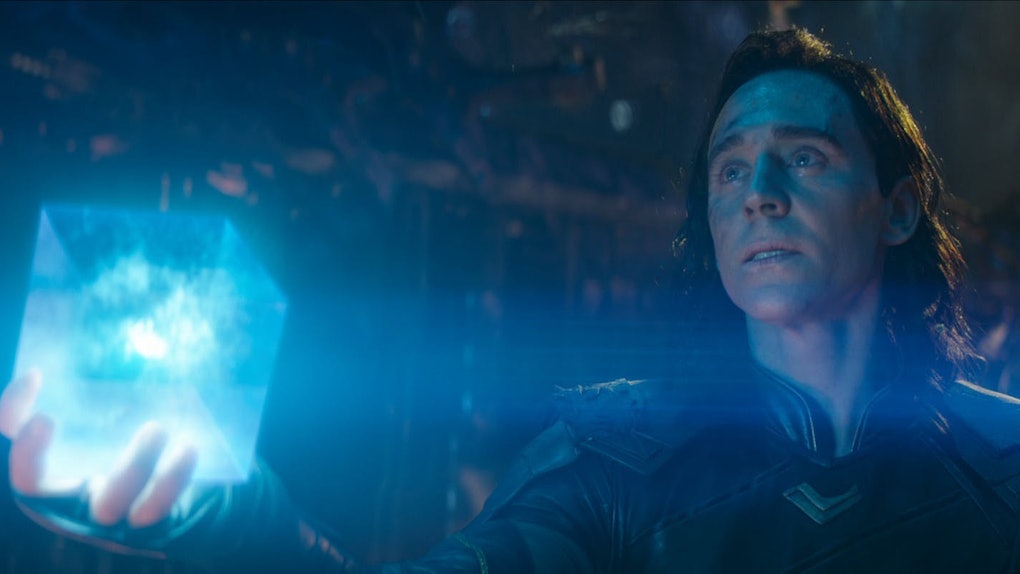 Is Loki Really Dead? 'Avengers: Infinity War' Started Off With A Bang

Avengers: Infinity War promised characters would die in it, but not who, and not when. But within a few days of release, word was a major character would die right off the bat, taken out by Thanos in his question to get the infinity stones. What the rumor failed to mention was this was actually the second death of the film, and the causalities from the Thor films would come thick and fast. But since the trickster god has done it before, fans have to ask: Is Loki really dead? Or is this another fake-out? Warning: Spoilers from Avengers: Infinity War follow.

Before I get into Loki, it should be noted everyone from the Asgard refugee ship dies in the beginning. Most do so off-screen, so viewers never see those like Korg kick it. But the ship is strewn with dead bodies and by the time it's all over, Thanos has blown the ship to smithereens, and there are hundreds of bodies floating in space. The only survivors, as far as can be told, are:

For Heimdall's trouble, Thanos kills him in a rage. He's the first causality of the film. Farewell, Idris Elba.

With Heimdall dead and Thor wrapped up in metal bonds, Loki, who already turned over the Infinity Stone, might have escaped. (After all, if Thor can survive in space, one assumes his bother can too.) But he had to open his big mouth and try and pretend he was joining up with Thanos and would give him a guided tour of Earth: Infinity Stone locations.

Loki was lying, of course. As he swore his oath, a dagger appeared in his hand, like Thanos was going to go down easy. As he finished saying "undying loyalty," he brandished the dagger, aimed for Thanos' throat.

Using the just-acquired space stone, Thanos captures and removes the dagger, taking Loki by the neck. As Thor watches in horror, Thanos easily squeezes until Loki passes out and then shatters his neck.

So, is this it for Loki? Is the character really dead?

Here's the thing: Loki dies (or seems to) in every Thor film. It's kind of a thing. At the end of the original Thor film, Loki falls from the crystal bridge in Asgard into the abyss, only to wind up going through a wormhole and meeting Thanos. This is why Thanos knows about the space stone being in the tesseract.

In Thor: The Dark World, Loki dies again, though this time, he's deliberately faking his own death. It's not an Oops! Plot Twist! Wormhole! The best part: At the original script read, Hiddleston thought the death was real. It's not until the very end of the film Loki is revealed to be masquerading as Odin.

The franchise paid homage to the legacy of dying in every film by having Loki "die" on stage in the play within the movie. Loki didn't fake his death at any point in the film — it was a nice change — but it's because it was a setup for this.

Loki didn't fake this death. There were no tricks. Loki tried to double-cross Thanos. As Gamora also learned later, that's not a thing one does and survives, not even if Thanos loves you.

Loki may appear in the final Thor film (if there is a sequel to Thor: Ragnarok) as a memory or a ghost or something. But as far as villains go, Loki's run out of lives, and out of time. Farewell, Tom Hiddleston.

More like this
The 'Zola' Movie Trailer Will Have You Reliving The Iconic Twitter Story
By Dylan Kickham
Dan Levy's Quotes About The 'SNL' Note Tradition Clarify Who Really Started It
By Dylan Kickham
Where Is The 2021 Oscars Ceremony Being Filmed? The Location Is So Different
By Umber Bhatti
Stay up to date