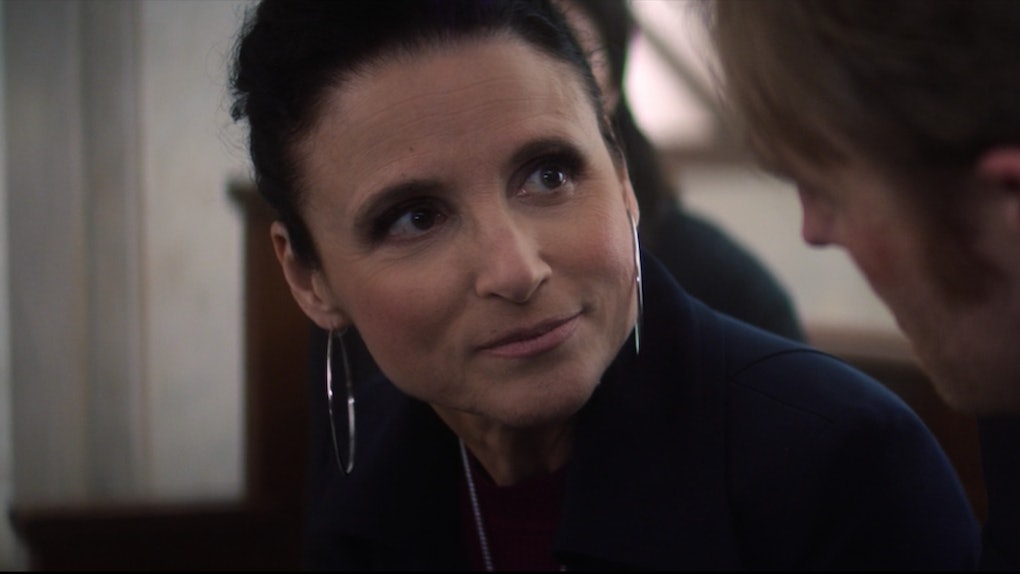 Val first strutted onto the scene after John Walker was stripped of his Captain America title for publicly murdering a Flag Smasher in the previous episode. She assured John the government officials weren't actually mad at him — they only punished him to keep up appearances. Val added she knew John had taken the Super-Soldier Serum, making him "very valuable to certain people." Val closed out her introduction by telling him the Captain America shield doesn't really belong to the government, and that she would be in touch.

Louis-Dreyfus' character definitely seems to have big plans for John that could affect the MCU's entire future. But who is she, anyway?

Contessa Valentina Allegra de Fontaine first appeared in the 1967 comic Strange Tales. She was a former Italian socialite-turned-S.H.I.E.L.D. agent who led a team of female S.H.I.E.L.D. agents called Femme Force (of which Sharon Carter was a part). Val also became Fury's main love interest, but eventually developed unrequited feelings for Steve Rogers. But everything changed when it was revealed she was actually an evil Russian spy who became known as Madame Hydra and took over the villainous Marvel organization.

While Madame Hydra is a classic Captain America villain, Evans' character never got the chance to face off with her. But there's a chance Sam Wilson, who's poised to become the new Captain America, could end up fighting her at some point. Val could also be the mysterious Power Broker (or at least working with them) in Falcon and the Winter Soldier, so maybe she'll be key to the show's finale.

In fact, Val could be responsible for assembling an entire team of super-villains. Her attempts to recruit John are a dark parallel to Fury assembling the Avengers. And Vanity Fair reported that Val was originally supposed to make her debut appearance in Black Widow before that movie was delayed, so maybe she'll likely be causing some chaos in that film as well. Plus, Fury will be a main character in the upcoming Disney+ show Secret Invasion, which follows a Skrull invasion on Earth. Val was part of that story in the comics, so maybe she and Fury will have some intense beef to settle onscreen.

There are honestly endless possibilities for Louis-Dreyfus' character in the MCU. And between Val and Agatha Harkness, Marvel fans have already gotten to meet some seriously cool villains in 2021.