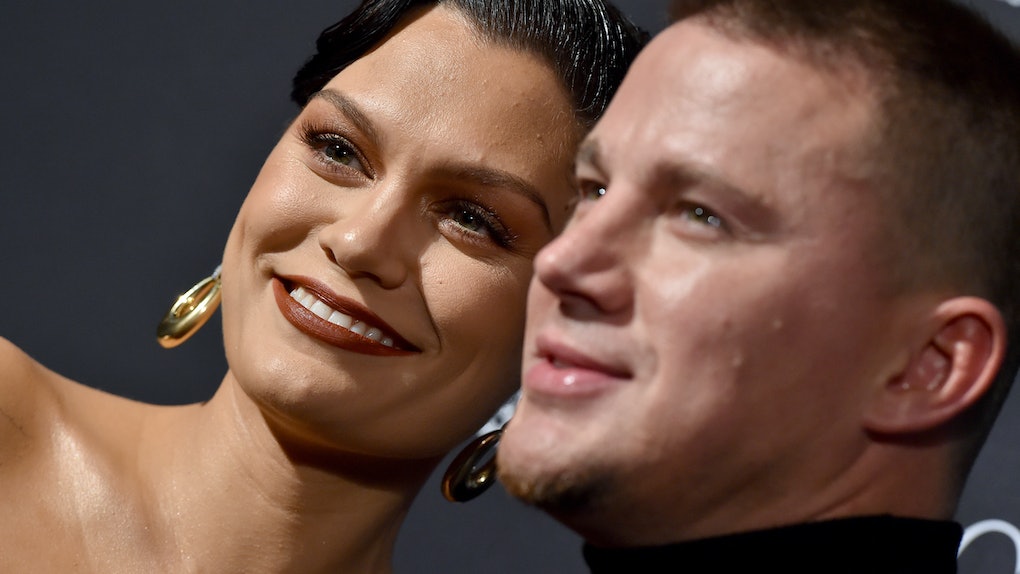 Is Jessie J's Song 'Simply In Love' About Channing Tatum? Here's Why Fans Think So

Just because they're your ex doesn't mean you can't still pen love songs for them. Case in point: fans think Jessie J's song "Simply In Love" is about ex Channing Tatum. And for good reason. Not only is the song about a love story, per The Sun, Jessie said in an Instagram Story that she wrote it "about when you first meet someone and you want to steam ahead." The singer added, "Sometimes running can ruin a foundation that a relationship needs, which is to just be chill, stay still and enjoy the moment.” (Elite Daily reached out to Jessie for comment regarding claims the song is about Tatum, but did not hear back in time for publication.)

Jessie's explanation could be perceived as a hint that the song is about her relationship with Tatum, which reportedly didn't pan out because the timing didn't quite seem to be right. “Channing and Jessie have different priorities and focuses that don’t really align,” a source reportedly told People when they first reportedly split in Dec. 2019. “They had a fun relationship, but it just didn’t work out. Channing needs to be in L.A. a lot so he can spend time with Everly. Jessie prefers England. They are still friendly, though.” (Following that reported split, the two reportedly briefly got back together only to reportedly split again for the same reason in April 2020.)

Maybe Jessie believes they were rushing to put a label on it when they could've, instead, just chilled and let things play out? The lyrics of the song sure seem to hint at something like that. The pre-chorus goes:

So we don't ruin what comes next

So we're not rushing what we are

The chorus reiterates a similar message:

Just have funIt's not a race, no need to run

Let's just simply be in love

Then there's the second verse, which ends with another big hint at her relationship with Tatum:

If you stand still, I won't pull away

You make my heavy feelings a little lighter

And I brought you back to life, they say

ICYMI: Jessie and Tatum started dating just months after he announced his split from wife of nine years Jenna Dewan, so the line where Jessie says, "I brought you back to life, they say," could be a nod to her helping him once again find love.

And, finally, I'd be doing you a disservice if I didn't mention this first verse, which also majorly seems to be hinting at a situation with an ex she's still thinking of:

Where you go, I know I want to follow

Let's make a promise on today

I mean, I totally think it was about Tatum. But, of course, I could also be majorly reaching here. Guess Jessie is the only one who really knows what this song is about.