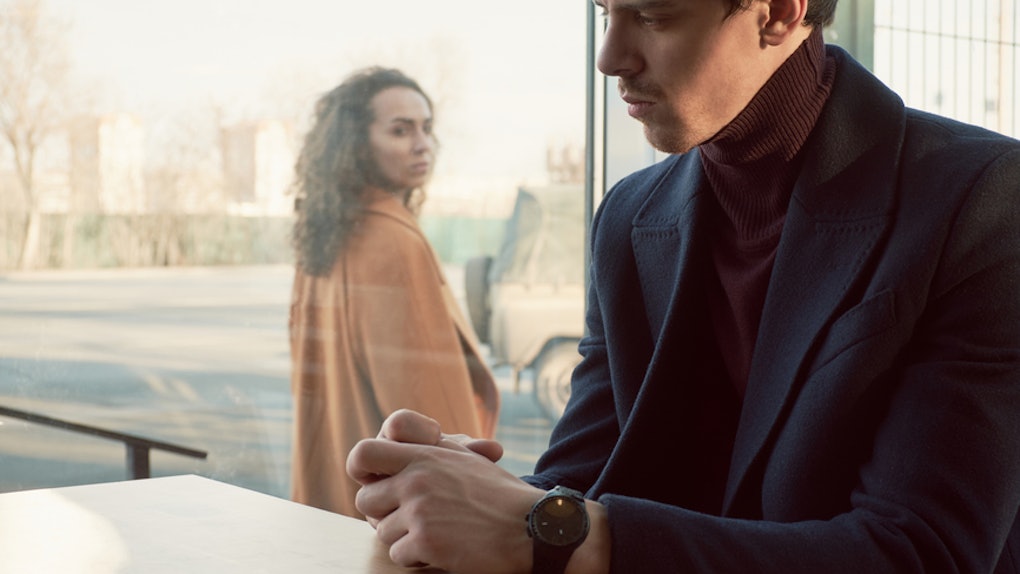 Is It Time To Breakup? 9 Women Reveal The Moments That Ended Their Relationships

It's no secret that breakups are hard. But it's not just the part of moving on with your life after the breakup that's difficult. The time leading up to it when you're trying to figure out whether or not you should pull the trigger can also be trying on a couple. In most cases, there's no real black and white answer that will tell you when the relationship is over but, if you find yourself wondering, "is it time to breakup," use these stories from real ladies on Reddit's AskWomen to help guide you towards an answer.

He stopped paying their rent without informing her.

He slapped me and picked up ridiculous fights. The last straw was when he stopped paying our rent and didn’t tell me simply because „talking about money is uncomfortable“

He refused to bury his dog.

My 70lb 9 year old dog died unexpectedly and it happened shortly after my father survived a heart attack. I called my bf of several years and asked him to come over to help my dad and me bury her. "No. The last thing I feel like doing today is digging a hole with your dad and burying a dog" he said. I begged him and he refused, over and over I begged, crying. Finally in complete hysterics, I told him if he doesn't come over to help then we are absolutely over and I will never see him again. He begrudgingly showed up and helped, but I never felt the same about him again and although we didn't actually break up for years, part of me left him that day. I never loved him the same as before.

He shamed her before sex.

So I missed a pill one month and wanted to use condoms again, and I was also having um a bit of dryness issues so I needed lots of lube. One day we were getting ready to have sex and while I was getting the lube and putting the condom on for him he made some comment like “it never used to take this long [to get started]” in this kinda shitty tone. It was like, fuck, I don’t want to get pregnant or have dry sex and you’re getting all impatient!? That obviously wasn’t the only thing that bothered me but it helped edge me towards the breakup direction.

He made an insensitive joke.

He was a very sarcastic guy. I’m a sarcastic gal though, so it worked. But as time went on, he used sarcasm too much and was never serious enough.

One spring, my friend committed suicide. It was devastating, shocking, you name it. That fall, I ran a suicide prevention 5k. I said to my boyfriend after the race “the race was $20 and it was my worst 5k, but I feel good doing this.”

So. Not. The. Point. I broke up with him a month later, but I think when he said that, it broke our relationship. I was so fucking angry. It still makes me angry, over three years later.

He tried to tell her what to do with her body.

“When we start having sex, you better get on the pill because I hate using condoms.”

Needless to say, him dictating what I should do with my body really threw a wet blanket on the relationship.

I strongly suspected he had been cheating on me for months, but he insisted that it was all in my head/I was just being paranoid/he was breaking from his pattern of complete social isolation to spend hours "baking cookies" with this one girl because he just wanted to make a new friend. I was born at night, but I wasn't born last night -- of course, I didn't buy this. I ended up looking through his phone (yes, I know this was wrong). Found the conversation with the girl in question. Yep, he was definitely cheating.I had already forgiven him signing up for online dating sites and then trying to hide it from me twice. One of these times, I had to find out from my cousin, who found him on Tinder -- the other time, we were watching a movie on his computer screen and when I got up to pause it, I found his profile open on another tab. I think what hurt the most wasn't even the cheating, but the mind games and gaslighting. I felt like a fool. Either way, though, this was the end.

He made his kids her responsibility.

The last one... we'd been having a LOT of issues and now out of the relationship I realize how fucked up and toxic it was. But that day... my best friend lost her job. She's got crazy weird health issues with autoimmune disorders and of course was stressing out, and has for a long time been unable to afford to take her ADD medication and I was planning to go over and help her sort through stuff - she also had just been tasked with selling off her grandmother's estate that her family had just dumped in a storage shed. So I was going to help her with that this particular Saturday. He knew this. He also knew I wanted his help cleaning our apartment because I also happened to be working 2 jobs at the time and most of the mess was his. HE had a serious issue with Cocaine, probably still does but I don't talk to him anymore. Anyway, he of course stayed out partying Friday night and didn't get home until maybe 9 AM Saturday morning. And his kids were being dropped off. And I just had it. He went to go try and pass out for the day like he had been making a pattern of - dumping the responsibility of his kids on me. I loved his kids and I didn't mind spending time with them but I really resented that. So I told him to get the fuck up, I'm leaving, his kids are here, and also asked when can he move out.

She was more of a caretaker than a girlfriend.

I was with my boyfriend for two and a half years, and the day we met he injured his back weightlifting. As time went on he got more and more dependent on me, as he became unable to stand for long periods of time, drive, leave the house, etc. and we basically stopped having sex entirely. I begged him to get surgery but he was scared of something going wrong and ending up worse and I just couldn’t take being his caretaker anymore, so we broke up. And then coincidentally the pain ended up getting so bad he got the surgery about a month later, and it was very successful and now he is totally fine again. But we remained broken up. We’re still great friends and we’re happy we broke up.

He picked her up from work drunk.

Lots of ups and downs, but he picked me up from work obviously drunk and wouldn't let me drive and called me a bitch when I begged him to let me. This was a few months ago but I haven't been able to get past it. Sometimes I worry I'm overreacting but it just makes me so sad

If you're still unsure on whether or not it's time to call it quits, here's the silver lining: you don't have to know the answer right now. Take your time and, as the stories these ladies just shared go to show, the answer will come to you eventually.