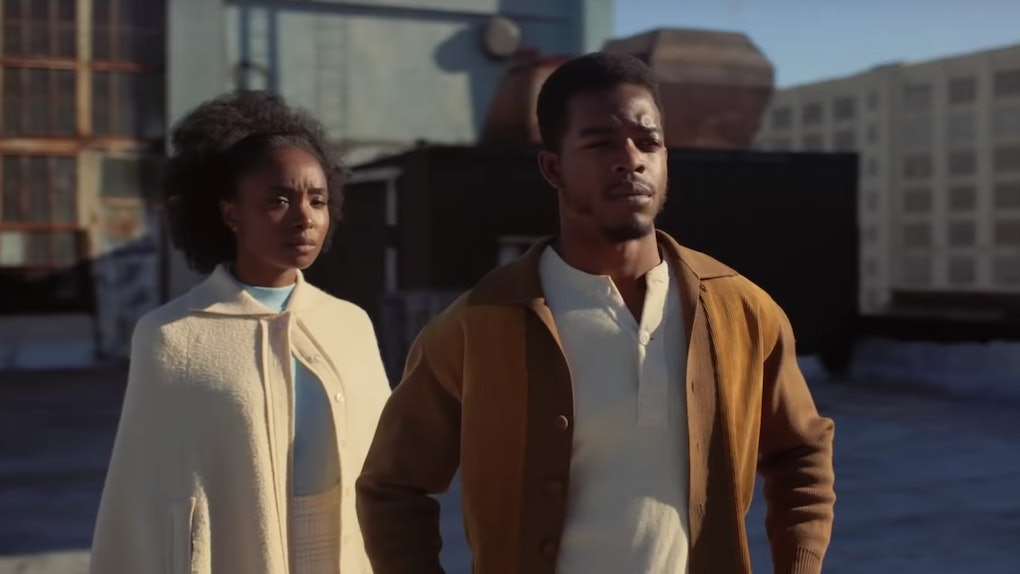 Is ‘If Beale Street Could Talk’ A True Story? Here's Everything Fans Should Know

Warning: Spoilers ahead for If Beale Street Could Talk. If Beale Street Could Talk tells an all-too familiar story. A young black couple fall in love and prepare to start a family together. But, their happy plans are cut short when the young man is wrongfully arrested for a crime he didn't commit. His pregnant girlfriend then takes on the difficult task of getting him set free before their child is born. The movie takes place in 1970s Harlem, but it unfortunately could just as easily take place today. With such realistic, simple story, many audience members are wondering: Is If Beale Street Could Talk a true story? Here's everything you need to know.

Because Beale Street is a period piece and the story sounds like many others than people have heard before, lots of people are thinking the movie is based on a true story. It actually is not based on real events, although the movie is an adaptation. Beale Street was originally a 1974 novel written by the esteemed author James Baldwin. According to IndieWire, the movie's director, Barry Jenkins, knew he wanted to adapt a Baldwin work for the big screen; he just wasn't sure which one. A friend gave him a copy of Beale Street, and Jenkins found the project for him. Jenkins said:

I was really excited about two things: One, before I read it, I didn’t realize it was basically like James Baldwin writing a thriller, which I thought was cool. Then I was really moved by how romantic it is on one hand, and then how biting it is on the other.”

And so the cinematic adaptation of Beale Street was born. The film tells the story of Fonny (played by Stephan James) and Tish (played by KiKi Layne) struggling in a society that often works against people of color. There is hope that their poignant love will win out, as Tish tells Fonny in the trailer: "We'll find a way."

Jenkins' last film, Moonlight, won several Academy Awards, including Best Picture. Moonlight also tells the story of the struggles a black man lives with in America, although that film is set in the present day and recent past. Early on in the creative process, Jenkins considered setting Beale Street also in the present day, in part to highlight the fact that this issues that were prevalent forty years ago are still around today. But, he decided it would be a stronger story if told in its original setting. In an interview with Slate, Jenkins, said:

It then became very clear to me that the power of the adaptation would be in setting the movie in the period within which it was published because, as you said, so many of the things that happen in the book and in the film are still happening today.

Jenkins adaptation remains true to Baldwin's book, especially with one key framing device: Jenkins decided to keep Tish's narration from the book as voiceover in the movie. According to IndieWire, Jenkins wanted it to be clear that the story is being told from the young woman's perspective, since the story is her journey to fight for her love. Jenkins also wanted the audience to be able to hear Baldwin's words directly through voiceover, in order to honor the man whose writing created this story in the first place.

If Beale Street Could Talk is in theaters now.