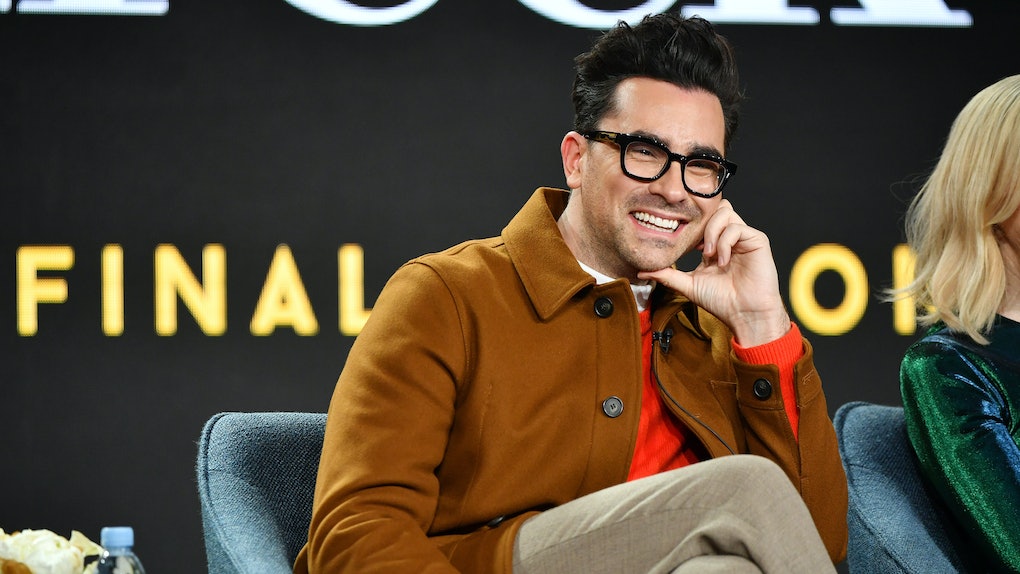 Is Dan Levy Single In 2020? The 'Schitt's Creek' Star Is Private About His Life

Dan Levy not only took home a handful of Emmy awards on Sunday, Sept. 20, but he also found himself a lot of new at-home admirers. Levy stole the show with his charm, wit, and charisma — not to mention his infectious smile — during his acceptance speeches at the 2020 Emmys. The adorable moments featuring Levy had people all over wondering: Is Dan Levy single in 2020? Well, he's super private about his personal life, but here's what we know.

Schitt's Creek fans fell in love with Levy way back in 2015 when the show first aired, and at the time, the actor opened up about how his busy schedule left him unable to date. "I'm single right now," he told Out magazine in 2015. "I've been single for a bit. It's a strange thing. I don't know whether it's an excuse that I'm telling myself or whether it's just what it is, but I feel like this job has consumed my life."

Levy added: “When the time comes and all the stars are aligned, someone else will come in and hopefully we'll call it a day in the love life department."

As the years went on, Levy has only opened up about his sexuality and personal life on a few rare occasions. During a January 2020 interview with Andy Cohen on Watch What Happens Live, Levy shared his coming out story, explaining that he told his parents when he was 18. "My mom asked me over for lunch one day and I said, 'Yes,'" Levy recalled of when his mother asked him if he were gay. "She almost knew. My mom and I have a very close relationship in that sense, and it almost felt like she knew that I was ready."

Despite sharing the personal story with fans, in September 2020, Levy still hasn't disclosed whether or not he's currently single. There is, however, one special someone Levy is spending a lot of quality time with during the coronavirus pandemic — his dog, Redmond.

"This is the first time that he and I have been together for a very long extended period of time," Levy told AP in April 2020, one month into self-quarantine. "So it's been a very nice thing to do to reconnect with my dog."

If Levy is still thinking like he did in 2015, his workload on Schitt's Creek may have kept him single for the past few years, but with the sitcom coming to an end, perhaps he'll have more time to play the field — or settle down, if that's what he's ready for.

While he's super private about his love life, there are two things Levy is likely looking for in a partner: Someone who loves his dog as much as he does, and someone he can gush over Mariah Carey with.