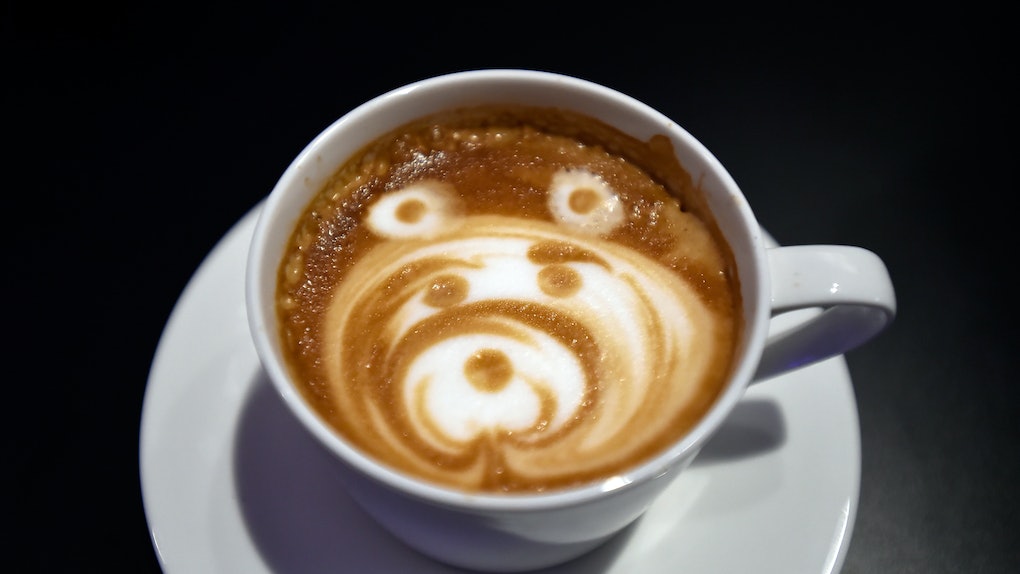 Is Coffee Good For You? This New Report Says It Is, So Drink Up

Raise your hand if you've ever heard a theory about the cons of drinking coffee. Personally, I've probably heard them all, whether it was someone telling me that it would stunt my growth, that I could potentially become addicted to it, or that coffee would dehydrate me. However, new research says otherwise, so take that, naysayers! So for anyone wondering if coffee is good for you look no further, because this study will tell you everything you need to know. (Or at least, everything you want to hear.)

According to the study, which was published in the Journal of the American Medical Association (JAMA), coffee drinkers may live longer than people who don't drink coffee. The study's data was part of a larger genetic study which followed more than half a million people over the course of 10 years. Researchers discovered a lower risk of death among coffee drinkers over those 10 years, even for those who drank eight or more cups of coffee each day. Um, OK, so I'll have three cups, please.

As NBC News notes, there are a few possible explanations for the health benefits of drinking coffee. According to the outlet, coffee is Americans' number one source of antioxidants, which are chemical compounds that help prevent the damage done to DNA. Additionally, coffee might lessen inflammation in the body, help with liver function, and essentially make old blood vessels like new again.

There's also evidence that coffee can also help reduce inflammation that stems from diabetes and heart disease, decrease the risks of catching diabetes, help people recover from colon cancer, and protect against diabetes, Parkinson's disease and liver cancer, according to NBC News.

ABC News Chief Medical Correspondent Dr. Jennifer Ashton opened up about more of the benefits of coffee during an appearance on Good Morning America on July 3. She said, per ABC News:

There are compounds in caffeine and coffee beans — polyphenols, antioxidants, magnesium — [and] this reduces inflammation, it lowers insulin resistance... All of this is really beneficial for your overall head to toe health.

But before you start running over to your local coffee shop to celebrate this exciting news, you should also know that some people do have a physical sensitivity to coffee. In that case, it might heighten blood pressure and cause insomnia, irregular heartbeats and gastrointestinal problems, according to Ashton.

On top of that, you should take into consideration the toppings you choose to add to your coffee. Things like cream or sugar dramatically increase your calorie intake, and could, therefore, actually result in negative effects. Oh, and don't forget that caffeine can be fatal in large doses, either! (I mean more than 20 cups at once, though, so unless you're some kind of wild coffee fanatic, you should be good.)

I don't know about you guys, but this is all surely sounding like Christmas in July to me, largely because this isn't the first study that has come around and made my day. Just weeks ago, a review was published in the Journal of the American College of Cardiology, which found that most multivitamins, along with vitamin C, vitamin D, and calcium supplements don't really add too much of a boost to your overall health — even if you take them on a daily basis over a long period of time. Additionally, "there was no evidence that taking them reduced the risk of cardiovascular disease, heart attack, stroke, or early death," according to Science Alert. I know you're probably wondering what's so exciting about that, but it basically — for me, at least — means I can spend the money I've stopped using on vitamins on coffee. (!!!) I'm not sure what I did to deserve all this, but I am eternally grateful.

That said, mornings are sound a whole lot better. Bottoms up, folks. It doesn't get much better than this.