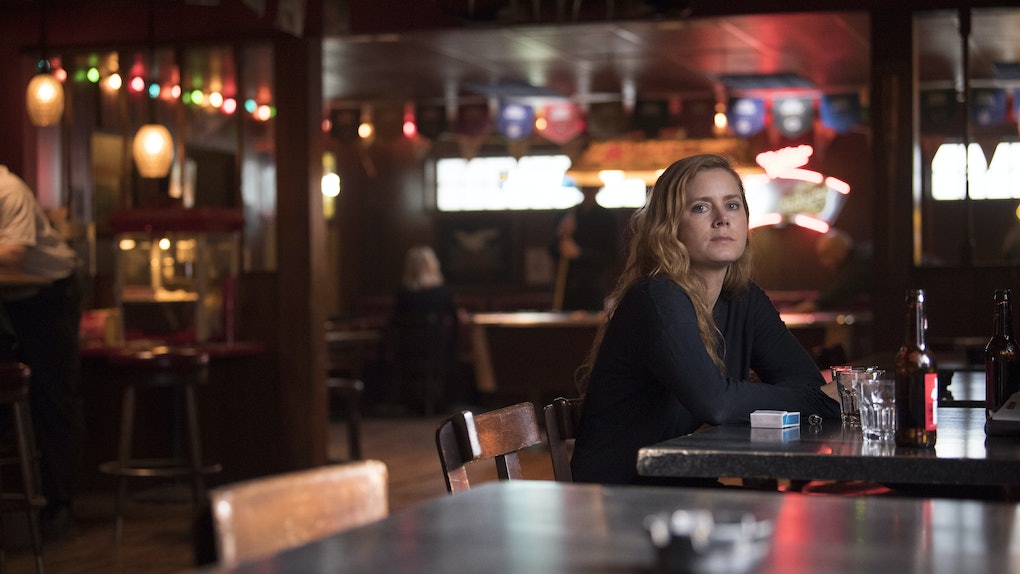 Is Camille A Reliable Narrator In 'Sharp Objects'? Fans Of The Show Are Skeptical

HBO loves stories featuring unreliable narrators. Game of Thrones, for instance, is a story that relies heavily on the trope. A Song of Ice & Fire hides the impending deaths of Ned Stark, the Red Wedding, and Jon Snow's murder because none of the characters have the details or the right perspective to see what's happening clearly. Westworld is another: The hosts cannot be trusted to know when they are because they remember it for you wholesale. Now comes Sharp Objects. Is Camille a reliable narrator in Sharp Objects? Anyone who has read the novel can tell you the answer is a resounding no.

I will not spoil any details from the novel that have not aired yet, but if viewers are feeling like something not quite adding up, they're not wrong.

Take, for instance, Camille's hardcore alcoholism. This alone makes her character unable to tell a story accurately. In the second episode, which aired this past Sunday, Adora accuses Camille of being drunk at the funeral for 14-year-old Natalie Keene. Camille insists she was not. But what do we know about Camille? She drinks like a fish. Did she really suffer through that sober? She could very well have been drinking, assuming herself to be not drunk.

Except there's the possibility Adora, who has quite a few buried rage issues towards her eldest child, could be gaslighting her. She shows enough narcissistic tendencies in her need to control her environment. Which is it?

Then there are the flashbacks. These are disjointed memories, half-remembered, half-suppressed, and not telling viewers the whole story. As far as the show has told us, Camille's half-sister Marian died when they were teenagers. Was she always sick? Was it a fluke allergy that killed her? Because Camille doesn't want to remember these things head on, the viewers at home only learn what happened in side-glancing blows, and missing many of the critical details.

Then there's the self-harm aspect. Our narrator literally sees the words on her skin and then scratches them there with whatever sharp objects she can get her hands on.

To quote the book:

I am a cutter, you see. Also a snipper, a slicer, a jabber. I am a very special case. I have a purpose. My skin, you see, screams. It’s covered with words – cook, cupcake, kitty, curls – as if a knife-wielding first-grader learned to write on my flesh

Now throw in two murders of teenage girls that's she's trying to "investigate," and one can see why anything and everything that Camille experiences should be questioned. The murderer could be staring her right in the face, and she wouldn't even notice it.