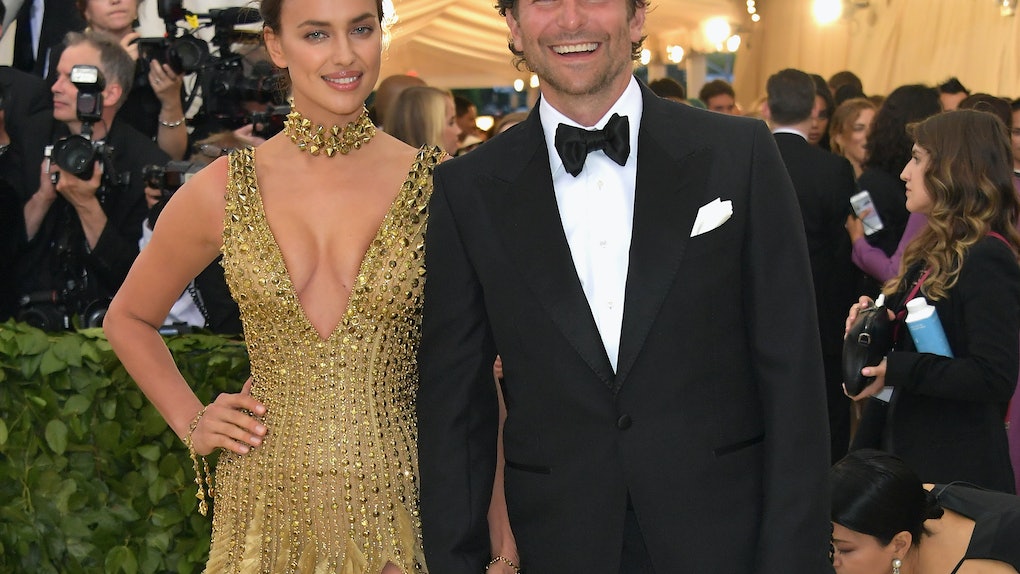 Is Bradley Cooper Married? Here's What To Know About His Relationship With Irina Shayk

With all the awards season buzz surrounding A Star Is Born right now, Bradley Cooper has more than piqued people’s interest. The actor-turned-director is truly leaving his mark on the entertainment industry and that’s given fans a good sense of who Cooper is as an artist. But what’s he like behind closed doors? Well, there’s a lot more to the man than his acting talent, that’s for sure! So, what’s the deal? Is Bradley Cooper married? Is he single?

As it turns out, Cooper isn’t exactly married, but he might as well be! Cooper is actually dating Russian model Irina Shayk. The two started dating back in April 2015. At the time, both had just ended other relationships, so they found each other at exactly the right time. From April 2015 on, Cooper and Shayk have been pretty much inseparable.

Just over a year after they started dating, in June 2016, a source close to the couple told E! News that the relationship was getting serious. At the time, they were apparently making plans for the future.

"Things are getting more serious between them," the source revealed. "They have spoken about having a family soon and building a future together. Irina would like to have kids in the next few years. Being a mother is something that is very important to her ... things are moving in an amazing direction."

That source turned out to be right, because by November 2016 Cooper and Shayk revealed that they were expecting their first child together. Shayk actually announced the news by showing off her baby bump during the Victoria’s Secret Fashion Show.

Cooper and Shayk welcomed their baby girl in March 2017. They named her Lea De Seine Shayk Cooper. Since becoming a dad, Cooper has really opened up about how having a child and being involved with Shayk has changed him. In a September 2018 interview with NPR, Cooper revealed that being a dad really put his life and career into perspective. Apparently, it’s what made him go after projects that spoke to him on a more personal level.

First, he elaborated on how his career has changed over time:

I spent about 15 years going from movie to movie to movie. And then I hit 39 and I stopped and I said, ‘What do I really want to do?’ I want to tell Joseph Merrick’s story in The Elephant Man. So I did that for a year. Then this story came to me, A Star Is Born, and then I spent the next four years doing that. And the one thing that I know in the future is: It’s worth all the time to dedicate, even if one piece of art comes out of it in a half a decade, that would still be incredible as long as I can feel like it’s the movie I wanted to make, which is this movie.

Then, he talked about how being a dad has helped him navigate some of these projects:

So I guess having a child, and having a family of my own — which is a miracle and something I've always dreamt of — has opened me up even more, I guess, to the day, and to be present.

Overall, it seems like Cooper’s relationship with Shayk and the fact that they get to be parents together has really changed Cooper’s perspective on pretty much everything. So, even though he’s not married in the traditional sense, he’s definitely committed to his family!

More like this
When Are Ariana Grande & Dalton Gomez Getting Married? Here's The Reported Tea
By Corinne Sullivan
Zac Clark's Quote About His Relationship With Tayshia Adams Post-'Bachelorette' Is Honest
By Corinne Sullivan
Cara Delevingne's Old Photo Of Her Grandmother With Prince Philip Proves It's A Small World
By Brandy Robidoux
Stay up to date