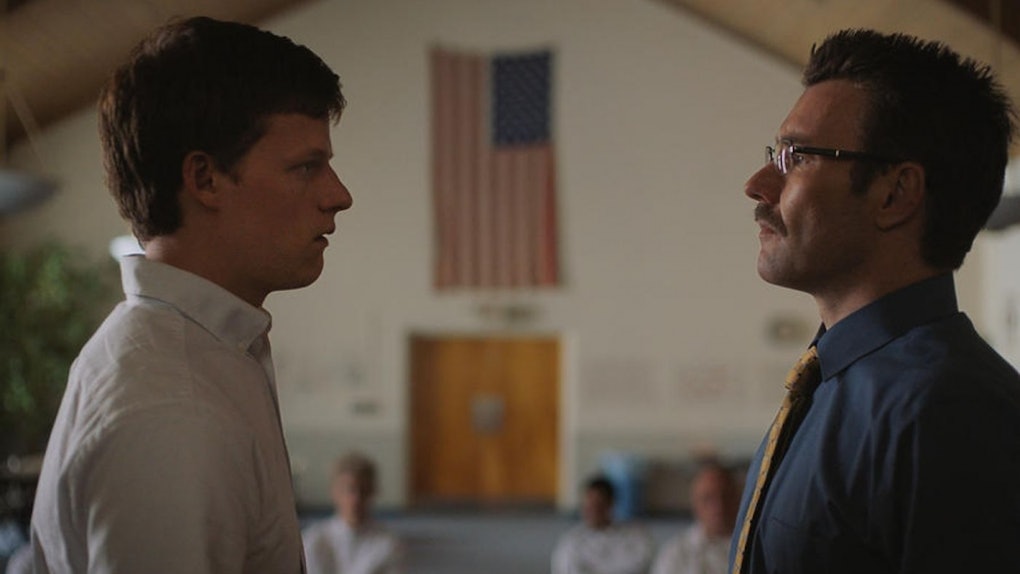 Is 'Boy Erased' A True Story? Here's What Movie-Goers Should Know

Even as the last decade has finally moved in the direction of granting equal rights to those of all sexual orientations, many times, it's been a case of one step forward and one back. For every step towards civil rights, there's another story of how a kid was sent to "conversion therapy" by his/her/their parents to "fix it." The last couple of decades have seen a push to raise awareness of this terrible practice, with films demonstrating the horrors of what happens there, including the newest Oscar contender, Boy Erased. Is Boy Erased a true story? Sadly, yes.

Variations on the idea of conversion therapy have been around since the early the 20th century, when psychotherapy under Sigmund Freud came into vogue. Freud and other psychoanalytic theorists saw homosexuality as a disease of the mind and therefore posited it could be cured. This led to the pseudoscientific practice of attempting to use psychological interventions as a treatment, and later, as religion got involved, spiritual ones as well.

That these practices still go on in the Year of our Lord 2018 may seem shocking to some readers. But according to Garrard Conley, whose memoir is the basis for Boy Erased, more than 700,000 Americans have been subjected to it. In a report published at the beginning of this year, it was found ~20,000 Americans were currently enrolled in conversion therapy programs.

In a recent interview with the BBC, Conley talked about his memoir and how he dedicated the book to his parents who put him through such a camp.

Before he went, he genuinely believed there was something wrong with him, and his feelings were proof he was "possessed by the devil."

My parents had some hope I could have a 'normal' life - I'd dated a girl for two years. I did love her in many ways, and she'd protected me. So, I thought, 'Well, there's just this sex thing - what does that matter?'

But instead, the shock of the camp pushed Conley to break away from his family and embrace his true self. Still, it took a long time to open up about it.

I waited 10 years before I wrote a word of the book. I was so worried about looking stupid - I felt everyone was already judging my background, the fact I had believed these things. I was really minimising the whole experience. To me it felt normal, like, 'That was a crazy thing that happened.' But then, I read some blog entries saying that people were suffering and I began to recognise some of those symptoms in myself.

As for the decision to turn his book into a movie, with Lucas Hedges playing his teen self, Conley says it's been "nerve-racking." But he felt good about Joel Edgerton, who wrote the screenplay from the memoir and directed the film.

Boy Erased is out now in theaters and nominated for a Golden Globe.