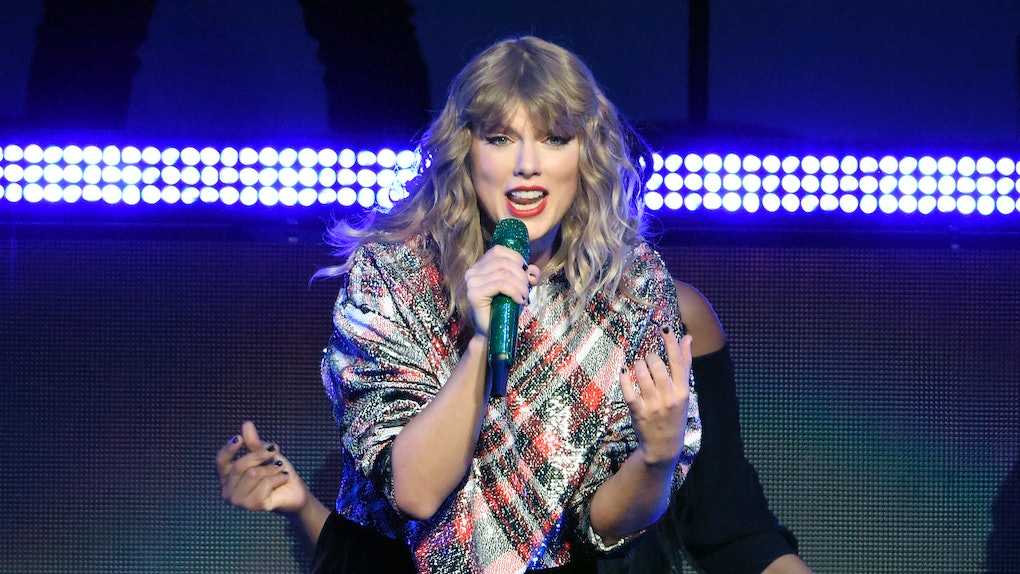 Taylor Swift's friendship with Blake Lively and Ryan Reynolds has been the talk of Hollywood for years. While the three pals remain tight-lipped about their close bond, they are real BFFs behind the scenes. In 2017, the voice of Lively and Reynolds' then-2-year-old daughter, James, was featured on Swift's hit song "Gorgeous," and it had Swifties swooning. Now that Swift's new album Folklore is officially here, there is speculation Reynolds and Lively's third baby was the inspiration behind yet another song. After hearing the album, fans are asking, is Blake Likely and Ryan Reynold's third child named Betty? Here's the deal.

On Swift's track "Betty," the singer subtly drops the names of Reynolds and Lively's older two kids, Inez and James, when she sings: "You heard the rumors from Inez / You can't believe a word she says."

She later croons: "When she pulled up like / A figment of my worst intentions / She said 'James, get in, let's drive' / Those days turned into nights."

The fact that Reynolds and Lively have kept the moniker of their third baby a secret since welcoming the little one in October 2019, paired with "Betty" being the only other name mentioned in the song, had Swifties assuming that the power couple gave Swift the OK to possibly reveal their child's name in a big way.

Naturally, fans had a lot to say.

Nearly two weeks after dropping the track, Swift all but confirmed that Betty is, in fact, the name of Lively and Reynolds' youngest.

"I named all the characters in this story after my friends' kids," Swift said during an interview on Country Radio, describing the background of the song.

So there you have it, folks. Swift confirmed it without *actually* confirming it.

Reynolds and Lively are notoriously private when it comes to their kids, so it may take a while for the two to address the rumors about the name. However, the pair reacted just like any proud parents when they heard James' voice on Swift's "Gorgeous" during a Reputation Tour concert in July 2018, so there's a chance Reynolds and Lively will *someday* talk about the "Betty" speculation.

This article was originally published on July 24, 2020