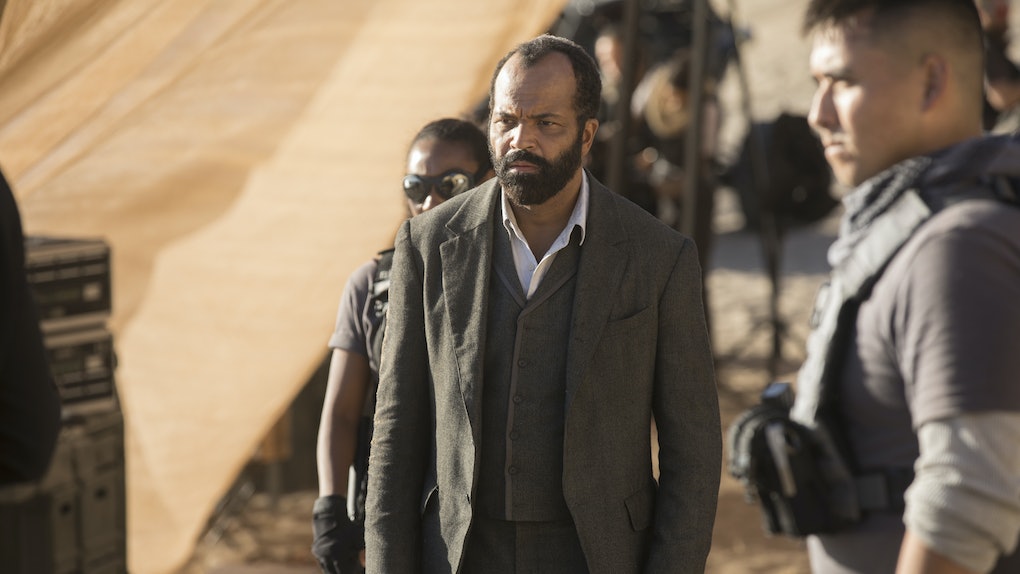 Is Bernard A Reliable Narrator? This 'Westworld' Theory Will Make You Rethink Everything

Westworld Season 2's biggest surprise so far is how straightforward everything is. In the first season,entire storylines were set 30+ years in the past, and there were scenes fans believed to be between Bernard and Dolores here and now, but they turned out to be between Dolores and Arnold, back before the latter died. In short, Dolores was the main unreliable narrator, and scenes shown from her perspective were not as they seemed. For Season 2 the question is, who is taking over that role? Is Bernard a reliable narrator? Who can we trust?

The trope of the "unreliable narrator" is one popular in mysteries, as well as puzzle box stories like Westworld. Game of Thrones is an unusual fantasy story in that George R.R. Martin uses it extensively to hide twists like the Red Wedding. (It's also used in the novels to hide Ned and Jon's deaths, both of which did not work as well on screen.)

Last year, Westworld had two unreliable narrators. Dolores was the main one, unable to distinguish past memories from present experiences. But Bernard was also one, as a host who was unaware of his true nature, his memories were wiped without his knowledge and his ability to see things (like an image of Arnold) was supposed to throw fans off the scent that they were the same actor.

Dolores repeatedly says this season "I see it all so clearly." Her memories have been restored, there is nothing clouding her perception. Whether or not she has free will, or if this is merely more programming by Ford, is up for debate. (Her obsession with "the Valley Beyond" seems suspect, especially paired with the stablehand mentioning it as the place the humans might want to saddle up and go visit.) But if there's one thing we can be sure of, it's that she knows when and where she is.

Bernard, on the other hand, is far more questionable. As we see in the hours after the massacre, he's leaking cortical fluid. It may have been 18 months since Season 1 aired, but for Bernard, it's been maybe 24 hours at that point since he shot himself in the head at point blank range on Ford's orders. Felix got him up and working, but he didn't do a thorough job fixing the damage.

Also of note: Bernard has a massive file dump in his head just before shooting himself. Ford uploaded memory files in giant batches, most likely without taking the time to make sure they were properly labeled and filed when he did so. After all, he wasn't planning to let Bernard live. Ford was planning his own suicide, and Bernard is like the puppy who he thinks won't survive without him. Putting him down, in Ford's mind, was a kindness.

So, Bernard is leaking brain fluid from a system that's already overloaded. The flashback we see at the top of the episode shows many scenes that haven't happened yet. In the scene with Charlotte, the computer states he "may experience Prosopagnosia," aka face blindness. Is this someone we can trust to be experiencing things in order or who he is with?

I ask because currently, Bernard is the main source of information about what went down both in the first 24 hours and "two weeks later," when he's found on the beach by the rescue team. Viewers are supposed to assume these scenes are in some sort of order. The scenes with Charlotte seem to be, but what about these rides all over the park with Stubbs and the new Head Of Cleaning Up This Bloody Mess You People Made, Karl Strand?

As the show gives them to us, there's the beach, which has a funny moment where Bernard sees the same host shot twice, from two different angles. Then the team goes to Escalate, where the bodies of the board have been rotting for weeks. In quick succession, there are two more scenes: the finding of the Bengal Tiger and the finding of the hosts in a part of the park that's not on any map.

At each juncture, Strand asks Bernard a variation of "What happened here?" And at each juncture (except the final one), Bernard says "I don't know." Do these really feel like scenes that would take place one right after the other? Are we missing time jumps in between?

This is Westworld, and Bernard is definitely not a character in a position to be treated as reliable. Viewers will have to keep an eye on him this season and see if there are more clues.