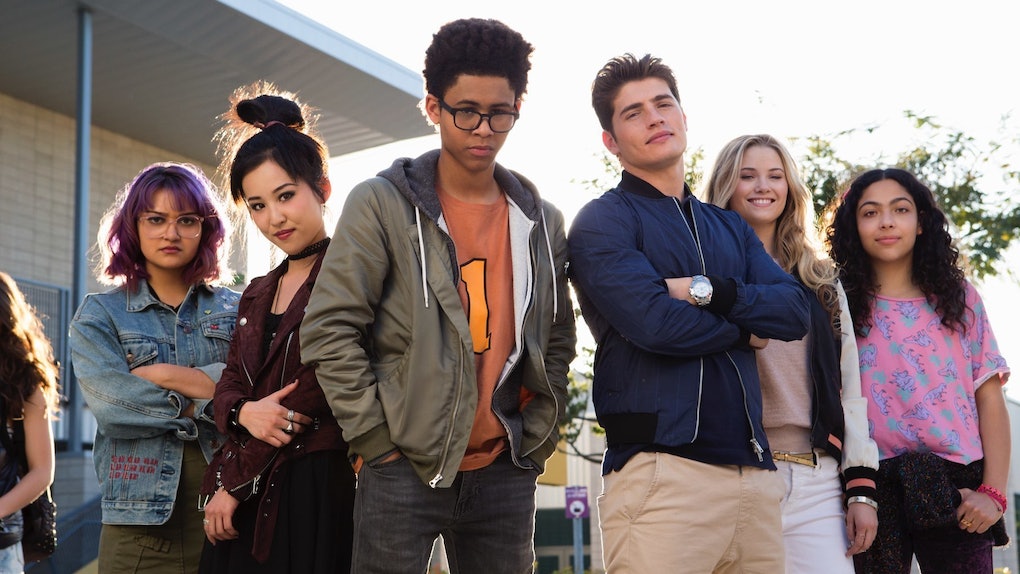 Is Alex A Villain On 'The Runaways'? If The Marvel Series Follows The Comics, He Will Be

Marvel's latest superhero show comes a breath of fresh air for fans of bright, teen dramas, especially after the comic book giant's slew of dark and gritty Defenders series over on Netflix. As Daredevil, Jessica Jones, the Punisher, and the rest of Netflix's Marvel heroes brood over on the East Coast, a group of teens soon to be known as the Runaways are just discovering their supernatural abilities in Los Angeles. Hulu's Runaways may seem to have a clear-cut division between its heroes and villains right now, but that could change if Marvel's Runaways pulls the trigger on a huge twist from the source comic books. That's right — one of our six heroes actually turns out to be a villain in the comics. So, will the show follow the comics and expose one of its good guys as a double agent, or choose to take a new direction and keep all six on the side of good? Let's hash it out.

So far, all of the kids seem to be trying to do the right thing after finding out that their parents are members of some mysterious evil organization called Pride, but if the show decides to follow the comic book storyline, then one of them is actually just pretending to be helping out while actually working with the parents. In the comics, that double agent is Alex Wilder, which comes as a total shock since he's the one who rallied the Runaways together in the first place! I'll break down how Alex evolves in the 2003 comic book series, but be warned that this may contain potential spoilers for the TV show.

Alex's Story in the Comics

In the Runaways comic book series, Alex Wilder begins as a part of the Runaways, and is even the one to suggest that they all investigate their parents together, revealing their secret involvement in Pride. But after initially being a central part of the Runaways' formation, he distances himself from the group, and we find out why in the climactic final battle of the first volume of the comic book series. With the rest of the Runaways taken out in their fight with Pride, Alex reveals that he has known about Pride for a year now, and was working on his own plan to join the evil organization.

Basically, Pride has been working to resurrect three powerful giants called the Gibborim (yep, the same name as the cultish religion Karolina's family leads) who will destroy the world to create a new paradise. Pride was doing this in exchange for six spots in the new paradise. Knowing this, Alex concocted a plan to take out all of Pride and their families except for his parents and his closest relationship Nico and her parents, in order to claims those six promised spots for themselves. But when the rest of the Runaways re-enter the fight, they destroy the Gibborim's final sacrifice, and Alex takes the blame and is destroyed by the giants.

Will That Happen in the TV Show?

It's hard to tell if the show will follow Alex's dark storyline or not. Although it's been true to the comics insofar as Alex is the one to get the Runaways together to find out the truth about Pride, showrunners Josh Schwartz and Stephanie Savage promised to the Hollywood Reporter that the new series is steering clear of any Google-able storylines. "No Wikipedia answers," they swore, hinting at veering from the source material in a move similar to what Game of Thrones has done in its television adaptation.

The actor that portrays Alex, Rhenzy Feliz, also weighed in on the question, noting that "Alex is dealing with something different in the series than he is in the comics," and teasing that his story could still go either way in the new show. I guess we're just going to have to keep watching and see what ends up happening with Alex!