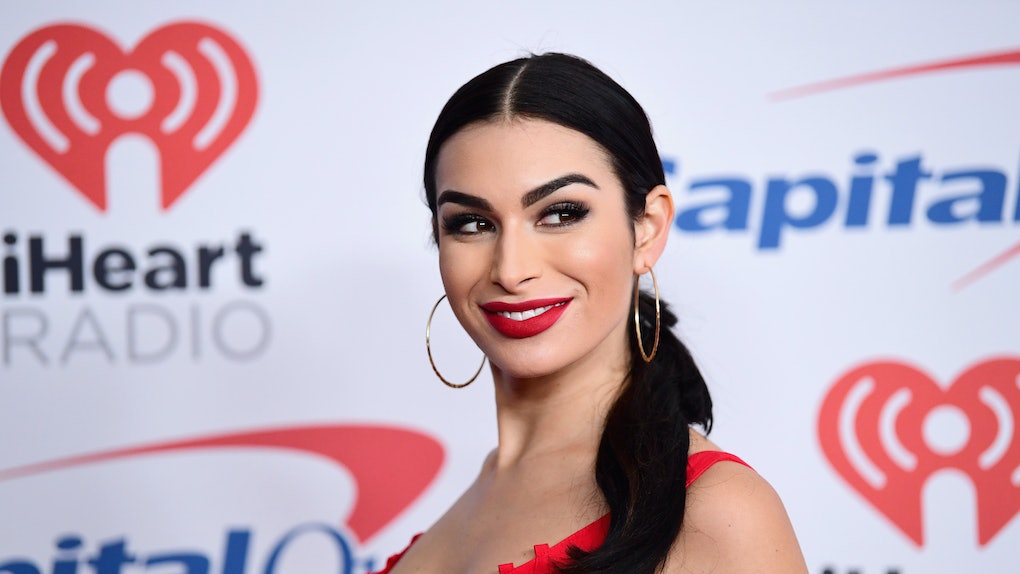 Nowadays, even after Bachelor contestants fail to get a rose and return to normal life, they rarely vanish from Bachelor Nation. Thanks to heavy Instagram presences, fans know all about their favorite contestants' workout routines, travel schedules, and new relationships, but we could learn even more about a few franchise standouts soon. Is a post-Bachelor reality show coming? Former contestant Ashley Iaconetti has posted an Instagram clip hinting at a new series following her and some of her Bachelor friends.

Years after debuting as the crying virgin on Chris Soules' Bachelor season, Ashley I. has become one of the franchise's success stories, using two appearances on Bachelor in Paradise to build her brand as an entertainment reporter and frequent Bachelor recapper. She blew the minds of Bachelor Nation last year when she and Paradise co-star Jared Haibon got engaged soon after going public with their relationship in May 2018. They're now planning an August 2019 wedding, which also includes Paradise alums Dean Unglert, Nick Viall, and Jade Roper Tolbert in the bridal party and Tanner Tolbert as the officiant. Basically, that day is going to be a Bachelor fan's greatest dreams come true.

We can definitely anticipate plenty of pics from this crew come wedding weekend, but Bachelor fans are now speculating about the chances of this group hitting TV screens again. On April 24, Ashley posted a video clip on Instagram featuring herself, Jared, her sister Lauren, and the Bachelor friends in their wedding in various settings. The high-quality footage introduces each member of the group, showing them partying together, celebrating special events, and even riding in that cupcake car from Jared and Tanner's Bachelorette season. The end of the montage teases, "Coming soon."

Alongside the video, Ashley wrote, "I always thought there should be an after The Bachelor type show......."

Coming from the teams behind Married at First Sight and Ashley's web series The Story of Us, the video sparked an explosion of comments. Fans are seriously freaking out about the chances of a "The Hills meets The Bachelor"-type show following some of the franchise's most memorable contestants, so the secrecy surrounding the project is tantalizing. Forget a new Bachelorette season, because this announcement is one of the most dramatic things ever.

Although Jade also posted the video, the rest of the group haven't acknowledged it on their own Instagram pages yet. However, they are playing coy — Jared and Tanner contributed to Ashley's comments section, but it looks like they won't let anything slip. Can we tempt you with a rose in exchange for the tea, fellas?

What with Ashley and Jared's wedding around the corner and Jade and Tanner expecting their second baby, a lot of life is happening for these Bachelor alums right now. It would be cool to see how they handle these transitions and have built tight relationships with other contestants like Nick and Dean, so here's hoping they explain this video soon. I'll have my wine for the viewing party ready to go!