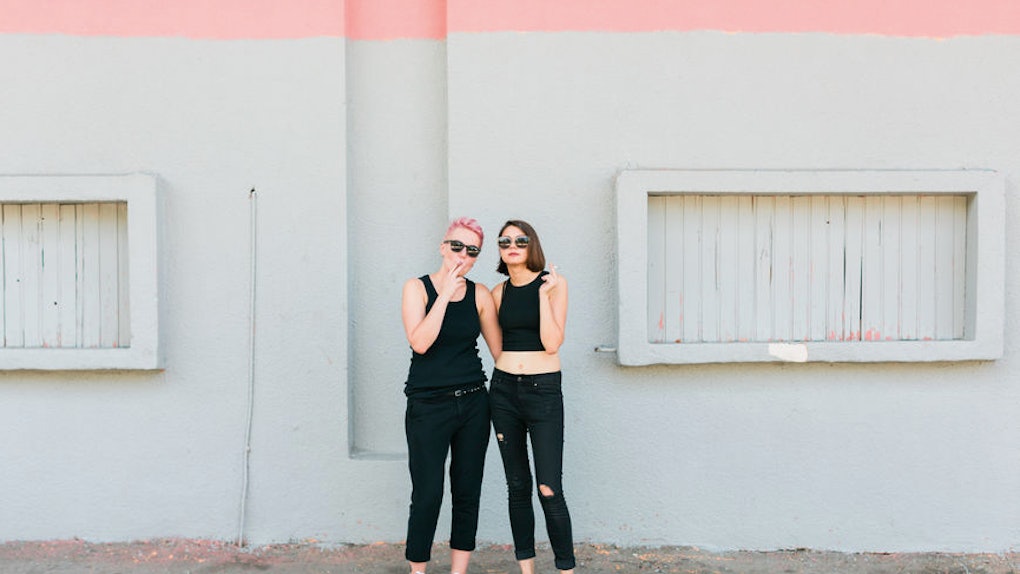 If You Want To Get Back Together With Your Ex After Bad Timing, This Therapist's Advice Is Great

There isn't always a malicious reason for breaking up with someone. Sometimes, a breakup happens because of a mutual agreement that the timing just isn't working out for the two of you. In these circumstances, getting back together after bad timing isn't so unimaginable. It makes sense to reconnect if one of you had to move away to a different city, and then reconnected years later when you were living in the same place again. Or maybe one person was still hung up on a previous relationship when you met and needed time to move past that. Or maybe one person needed to intensely focus on school, work, or their family for a certain amount of time.

The point is, there are plenty of reasons you might want to reconnect with an ex. The problem: It's not the easiest thing in the world to pull off properly. I spoke with Nicole Richardson, therapist and relationship expert, to figure out the best ways to address getting back together, if it's a good or bad idea, and if there's a certain amount of time that has to pass before reconnecting makes sense.

"Keep in mind that it is not a clean slate, you are both coming in with an idea of how this could [or] should go and some [hurt]," Richardson tells Elite Daily. "It is important to try and address resentments head on right away and not ignore them in the initial, 'OMG I'm so happy this is working' phase."

Richardson suggests you go into the relationship ready to face issues you two may have dealt with in the past, even if you think the two of you have changed. Even if the relationship is new this time around, there's likely a history between you two that needs to be respected and discussed in order for real growth to occur.

"You have both hopefully learned some things about life and yourselves, but it is unlikely that you are both wildly different people," Richardson says. "Try to create new, healthy habits around communication and conflict resolution."

Don't think about a specific timeline to get back together, Richardson says. If the cause of your breakup was amicable, you'll likely have an easier time getting back together. And this is not an uncommon thing – according to the Journal of Social and Personal Relationships, more than one-third of couples who live together and one-fifth of married couples surveyed broke up before living together or getting married. That means getting back together isn't always a disastrous idea; it's the opposite, actually. Getting back with your ex could be something that works for you two long-term.

"Getting back with an ex can feel like putting on an old favorite pair of jeans," Richardson says. "It's familiar, which can be comforting, but there was a reason they stopped being your favorite." She says that before you reconcile with an ex, make sure you actually want to be in a relationship with that person, and you're not going back to it just because it's "comfortable and familiar."

Take it from someone who's been there — getting back together with an ex can feel safe, normal, and right. But if you had pre-existing issues from your first breakup, they don't necessarily resolve from time alone.

But clearly, it can work. Just like your old favorite pair of jeans, that one person could be just right for you when you "try them on" again.

This article was originally published on July 19, 2018