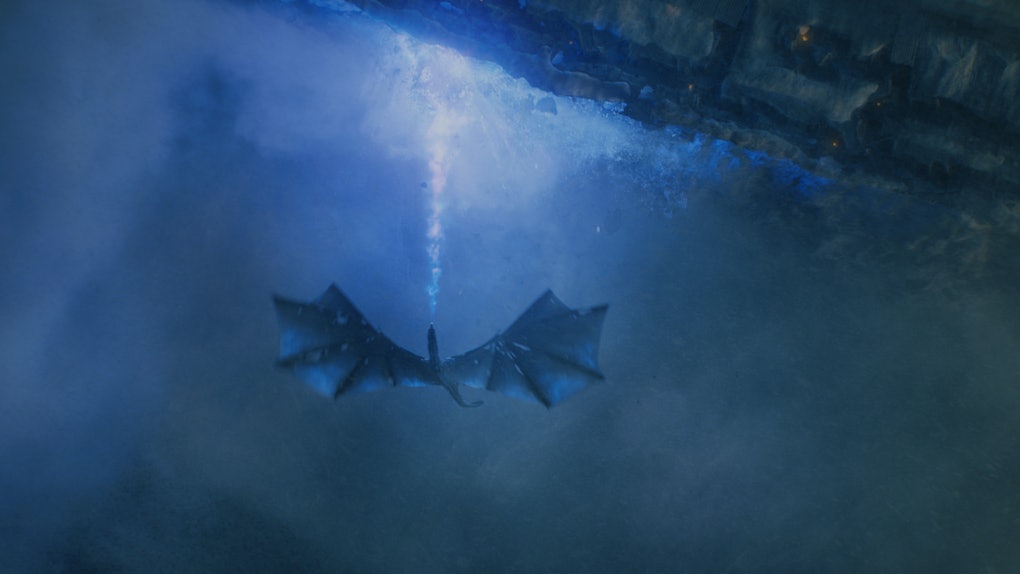 Halloween is supposed to be the night where we dress up as the scariest thing we can think of. We honor the stuff of nightmares before the dawn of All Saints Day on Nov. 1. Before pop culture took over, we dressed mainly as ghosts and witches. But now that we've got other worlds to pull from, we're dressing up as everything from Cersei Lannister to the Night King. But what if you want to go as something a little different? If so, we've come up with a couple of Game of Thrones ice dragon costume ideas that might just make the entire party run screaming, lest you knock down the walls.

Here's the thing about the Game of Thrones ice dragon. Like the sudden smash hit It in September, the introduction of this creature to the pantheon of horrors came after the point where Halloween costume designers had put their ideas into production and stores had done all their ordering for the Halloween season. Therefore, there is no actual official GoT "Ice Dragon" costume sold either in stores or on line.

(There are, hilariously enough, official Game of Thrones wolf costumes though, even though the show has cut those in favor of spending the CGI budget on dragons. But that's for another post.)

Never fear. That just means we have to get creative.

We start with dragon heads. Our first option is to get a dragon head that is of such a size that it's all you really need for the costume — a large, puppet-esque type thing, like this amazing piece. It was made by Mario Chiodo, who is known for his sculptures of fantastical creatures.

It was originally created as part of a dragon line of costumes called "The Nightmare Collection" back in 2015. At the time, they were priced at over $1,000. You can find them now on eBay mostly, in the $500 range.

For those not looking to spend $$$ on a puppet-like art piece that could become a display afterwards, the next level down is a mask. Both of these masks are the kind that you pull over your face with the eye holes in the neck area. (You can kind of see them in the pictures — look closely at the second fold in the neck.) These, by the way, were also both designed by Mario Chiodo, for Morris Costumes.

The third and last option, and probably the most breathable, is to do a dragon hood. This has the benefit of having a hat to wear after Halloween is over, and a warm one that covers your ears to boot.

Dragon and Dinosaur hats have been popular on Etsy for years. If you're looking for a fleece version, we highly recommend Ningen Headwear, which carries the one on the left for $28. The knitted version on the right is available from Geek 2 Chic Crochet for $30.

If we're talking bodies, it's really just a matter of dragon scales in blue. Walmart is currently carrying "Ice Dragon Blue" shirts and dresses in their Halloween section, though no masks, hoods or leggings to go with. The dress is $32 and the shirt is $27.

If you want the leggings to go with, those are over at RedBubble for $45.

And finally, your wings. Like the hoods, these are something Etsy sellers have been carrying for years. There are tons of options, but for our purposes we recommend either of the ones above.

On the left, a nice sturdy pair, worn backpack style from Panda Kitty Studios for $26. (Bonus, no wires, totally safe to wear around kids.) On the right, a foam and spandex pair from Coquetry Clothing, which runs slightly more at $60.