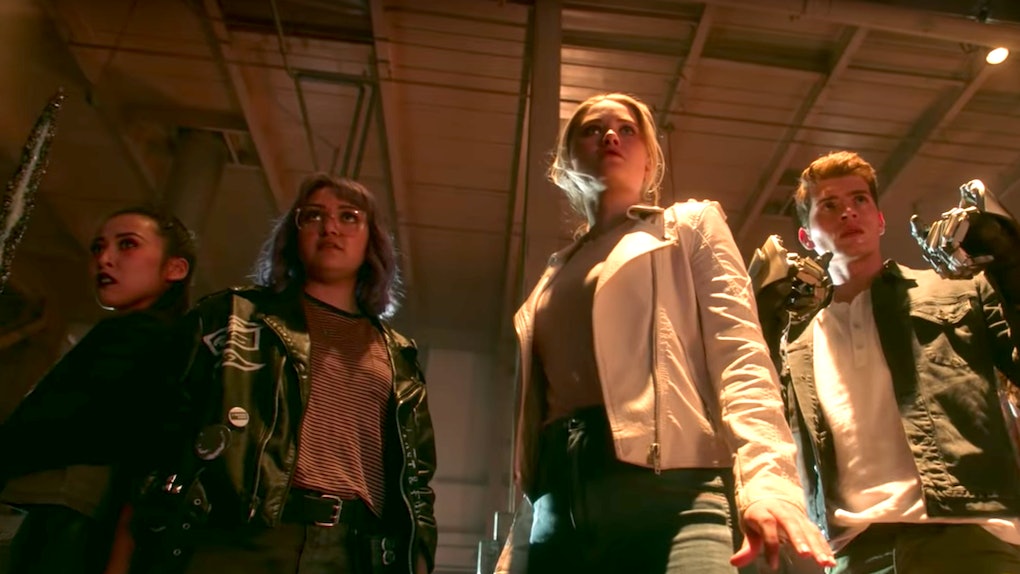 Hulu's 'Runaways' Will End With Season 3, So Get Ready To Say Goodbye

While the Marvel Cinematic Universe is expanding more than ever, the comic-book franchise's sector of teen superheroes is basically about to disappear. The trailer for the third season of Runaways dropped on Nov. 18, but fans are having trouble getting excited for it. That's because, among all of the superpowered new characters and dark magic, the most shocking element of the clip was the unexpected announcement that Hulu's Runaways will end with Season 3.

From a purely bureaucratic standpoint, Runaways coming to an end was kind of written on the wall due to rumors that executive producer Jeph Loeb will announce his retirement soon. Loeb's slate of Marvel TV series have noticeably been ending over this past year, with Netflix's Daredevil, Jessica Jones, Luke Cage, and Iron Fist all getting cut short, and shows on other networks, like Legion, Cloak & Dagger, and Agents of S.H.I.E.L.D., all coming to an end as well.

It's probably not a coincidence that Marvel's network of shows under Loeb have begun disappearing right as Disney's new streaming service Disney+ has dropped. The new Disney streamer has already announced a full lineup of upcoming Marvel series that will be overseen by the boss of Marvel's film division Kevin Feige, so it certainly looks like Marvel is going to be focusing all of its TV projects on Disney+ and nixing its shows currently airing on other networks.

While this all likely comes as a blow to fans of the superhero series, at least the Runaways Season 3 trailer indicates the show will be going out with a bang.

In Runaways Season 1, the clear battle lines were between the teenage stars and their parents, whom the kids discovered were part of an evil organization called Pride. After either stealing supernatural artifacts from their parents or discovering latent superpowers within themselves, the self-branded Runaways set off to stop their parents from potentially destroying the world at the behest of their otherworldly cult leader Jonah.

But it wasn't all black and white, as Season 2 revealed some of the parents were never really the bad guys after all, and they helped destroy Jonah alongside the Runaways. Jonah's death hardly solved anything, though, since it was quickly revealed that he was actually a parasitic alien and then went on to possess the body of Chase's father Victor. Not only that, but Jonah's alien family then arrived on Earth and possessed the bodies of Gert's mom Stacey and Nico's mom Tina. Oh, and a fourth alien is hiding somewhere as well.

The newly released Season 3 trailer is all about this alien drama, as well as a powerful new big bad and a possible dark turn for Nico. In the clip, the still-mysterious alien shape-shifter Xavin informs the Runaways that any one of them could secretly be possessed by one of Jonah's relatives. Plus, they have to contend with a sorceress from another realm named Morgan le Fay. As a fellow magic-user, Morgan seems to have some sort of connection to Nico, and the trailer strongly suggests Nico may turn to the dark side in the final season.

Season 3 of Runaways will debut on Dec. 13 on Hulu.