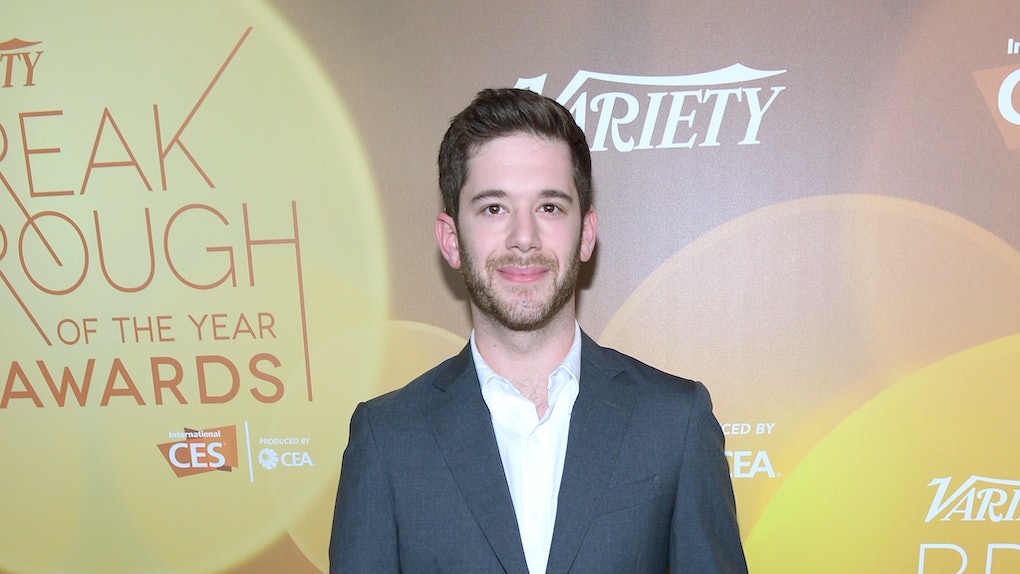 In some sad news on Sunday, Dec. 16, the CEO of HQ Trivia and Vine co-founder Colin Kroll reportedly died at age 35, according to TMZ. The New York Post also confirmed Kroll's death on Sunday. In an emailed statement, an HQ spokeswoman tells Elite Daily,

We learned today of the passing of our friend and founder, Colin Kroll, and it's with deep sadness that we say goodbye. Our thoughts go out to his family, friends and loved ones during this incredibly difficult time.

Reports from Dec. 16 share that Kroll was reportedly found dead of an apparent overdose after the police went to his Manhattan apartment for a welfare check in the early morning hours on Sunday, per TMZ. Elite Daily reached out to HQ trivia for comment on the reported overdose, but did not hear back at the time of publication. Kroll, the co-founder of both Vine and HQ Trivia, was reportedly found in his New York home after his girlfriend reportedly called the police when she could not get a hold of him, sources told The New York Post.

Appointed the CEO of HQ Trivia in 2015, Kroll was responsible for the creation of two very popular apps, as the co-founder of both HQ Trivia and the now-defunct Vine app. When news of Kroll's reported death spread on Sunday morning, some people took to Twitter to share their condolences.

While the exact circumstances surrounding Kroll's death have not been officially released by authorities, a police source reported to TMZ that the police believe that heroin and cocaine were apparently involved in the Kroll's reported death. HQ Trivia did not immediately respond to Elite Daily's inquiry regarding the report.

No matter the case, Kroll is sadly another life gone too soon. Some took to Twitter to remember Kroll for all of his work before his reported passing.

Prior to HQ Trivia, Kroll was involved in the creation of Vine from the jump, and it was an instant hit when it launched on Jan. 24, 2013. After four years, though, there were no more new viral videos on the Vine website, as it was archived in January 2017 as the Vine Archive. That marked the end of the Vine website, and in the wake of Kroll's reported death, fans are remembering him for his first big contribution to the tech and social media world.

After Vine, Kroll found more success as the co-founder of HQ Trivia, which launched on August 27, 2017. The popular app quiz show quickly became a trending topic all over the internet, with people excited for a chance to win big during the daily shows.

Kroll was involved in the tech and social media sector even long before he found success with Vine and HQ Trivia. Per TMZ, he was a Chief Technology Officer at Jetsetter, a travel website, from 2009 until 2013. Kroll also served as an Engineering Manager at Yahoo! From 2007 until 2009.

With the unfortunate news of Kroll's reported death, people are sending their condolences and remembrances for the man who helped give them so much of the technology they enjoy. In this difficult time, thoughts and well wishes are with Kroll's family, friends, and loved ones.

Editor's note: This post has been updated to include a statement from HQ.