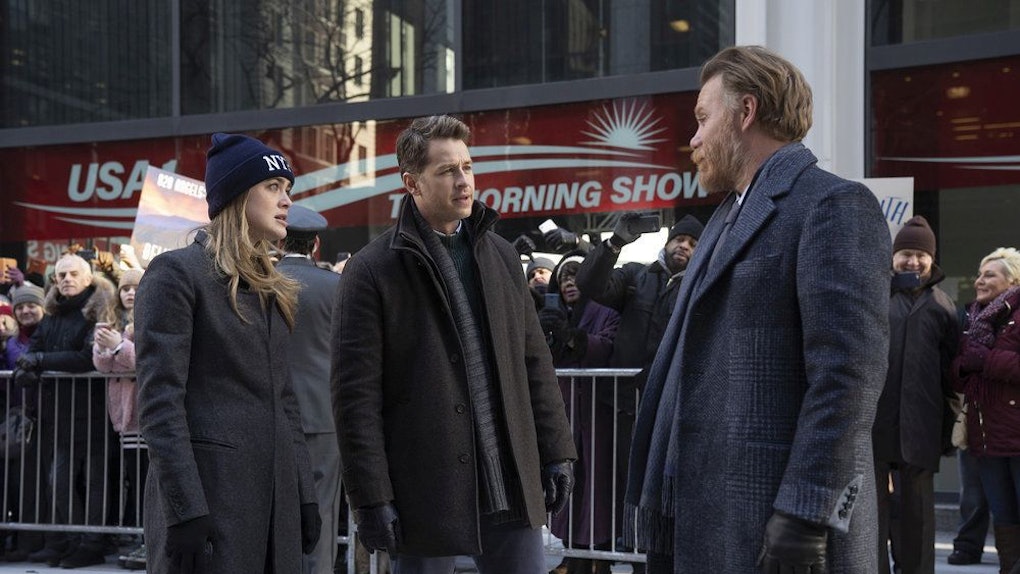 How Will 'Manifest' End? The Season 1 Finale Had A Massive Clue About The Show's Ending

Manifest began as a mashup of many different kinds of TV show tropes wrapped up in a single series. One part CSI investigative show, one part family drama, and one part government conspiracy, the show never seemed to want to fit into a neat category. However, the second half of the season committed to the mystery part. The story was not a government conspiracy, but an inexplicable phenomenon, as time travelers who were not on Flight 828 began showing up. How will Manifest end? The Season 1 finale may have given viewers one possibility. Warning Spoilers for Manifest Season 1 follow.

Everyone believed the "miracle" of Flight 828 jumping forward in time by five and a half years was a government experiment, until two characters arrived who upended the theory. Both Zeke and Griffin time traveled, but not on Flight 828. Both had extreme experiences that somehow "jumped" them forward. Zeke got snowed into a cave and time traveled a year into the future. Griffin nearly drowned in his truck and jumped by 82 hours and 8 minutes.

Griffin's experience may hold the answer to what's going on in Manifest. Just before going on national TV to reveal his "Callings" to the world, out of nowhere, Griffin suddenly begins to vomit water. He keels over, dead. The autopsy says he drowned, in broad daylight, on a New York sidewalk, in front of thousands of people.

Griffin's drowning seems impossible, but so did his survival in the truck. After doing a bit of math, Ben realizes Griffin's death happened precisely 82 hours and 8 minutes after he jumped forward in time -- the same amount he'd traveled in the first place.

If this is true, then the time-travelers are experiencing an "echo" half of a time loop, triggered by the moment of death. Griffin died in the river, he jumped forward, he lived the "echo" of his time travel, and then he died as he was supposed to. That means Zeke, who jumped forward a year, will keel over from hypothermia, even if he's in the middle of a beach, one year from now.

Moreover, it means the passengers of Flight 828 have five and a half years to live. The series was particular about the flight date (April 7, 2013) return date (Nov. 4, 2018). These weren't random writer decisions, it's so the audience can figure out when the "echo" runs out: June 2, 2024.

What does that mean for the series as a whole?

Well, if one does a little real-world math, if the show keeps getting renewed, the 2023-2024 TV season will air Manifest Season 6. Creator Jeff Rake has said from the getgo his plan for the show runs six seasons. None of this is random.

Did the show reveal how it ends? Is it more like Lost than fans realized, with the characters already dead? Is the theme of the series really about how people live their lives when there's a specific end date?

Until Manifest Season 2 gets greenlit, no one knows.

More like this
Simu Liu's Tweets About The 'Kim's Convenience' Finale Promise "Tea & Receipts"
By Dylan Kickham
The 'This Is Us' Season 5 Finale Air Date Is Much Sooner Than Fans Thought
By Abby Monteil
Will ‘The Falcon And The Winter Soldier’ Get A Season 2? This Could Be A Hint
By Ani Bundel
Stay up to date