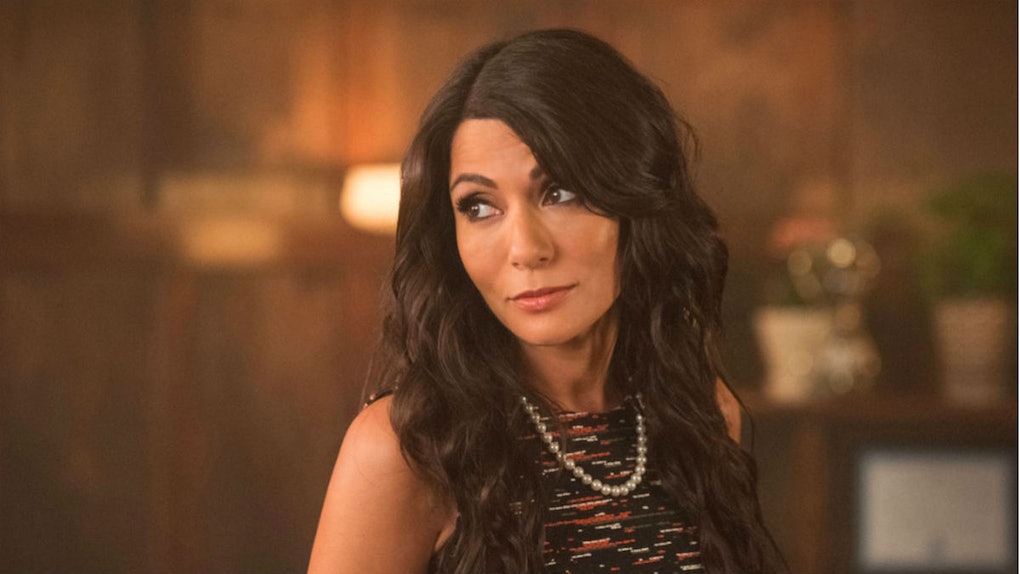 How Will Hermione Leave 'Riverdale'? Marisol Nichols Dropped A Hint

Fans never know exactly what to expect from Riverdale. This is the show that's featured cult rituals, characters breaking out into song, and a Gargoyle King all over the course of its run so far. But fans can definitely expect one plot point in the upcoming season: Hermione will leave Riverdale. Star Marisol Nichols has confirmed her character will leave the series by the end of Season 5, and she just dropped a major hint about how the exit happens.

Both Nichols and her co-star Skeet Ulrich will leave Riverdale before the end of Season 5, but right now it's still unclear what will happen to their characters. They both play parents of the main characters; Hermione is Veronica's (Camila Mendes) mom and Ulrich's FP is Jughead's (Cole Sprouse) dad, so however they exit will probably have an impact on Archie and the gang. Apparently, Nichols gave her input on Hermione's plot lines to showrunner Roberto Aguirre-Sacasa, who's taken it into account.

"One of the things that was really important for me, if I was going to come back and wrap things up or do some more episodes, was that Hermione stick up for herself," Nichols told Entertainment Weekly. "It was really bothering me that she was in, for all intents and purposes, kind of in an abusive relationship."

Nichols expanded on her feelings about Hermione's relationship with ex-husband Hiram Lodge (Mark Consuelos): "She changed who she was to be with Hiram and, not that she's innocent, but it bothered me. It bothered me just as a woman," she continued. "I wanted to see her have some strength and some power and stand on her own two feet and not be stupid — for lack of a better word. So that was really important to me and Roberto honored that and I'm very happy about what I'm doing so far."

Since Season 4 of Riverdale was cut short due to the coronavirus pandemic, the first few episodes of Season 5 will actually wrap up last season's stories. After that, the series will have a seven-year jump. But, Nichols' Hermione will still look familiar to fans, even seven years in the future on the Riverdale timeline.

"[Hermione] doesn't look that different," Nichols said. "I was trying to think, 'What do I want to do?' And I was like, 'Nothing.' This woman has all the money in the world. I'm sure she gets everything done. I'm like, 'It's fine, just leave it.'"

Season 5 of Riverdale will premiere in 2021.