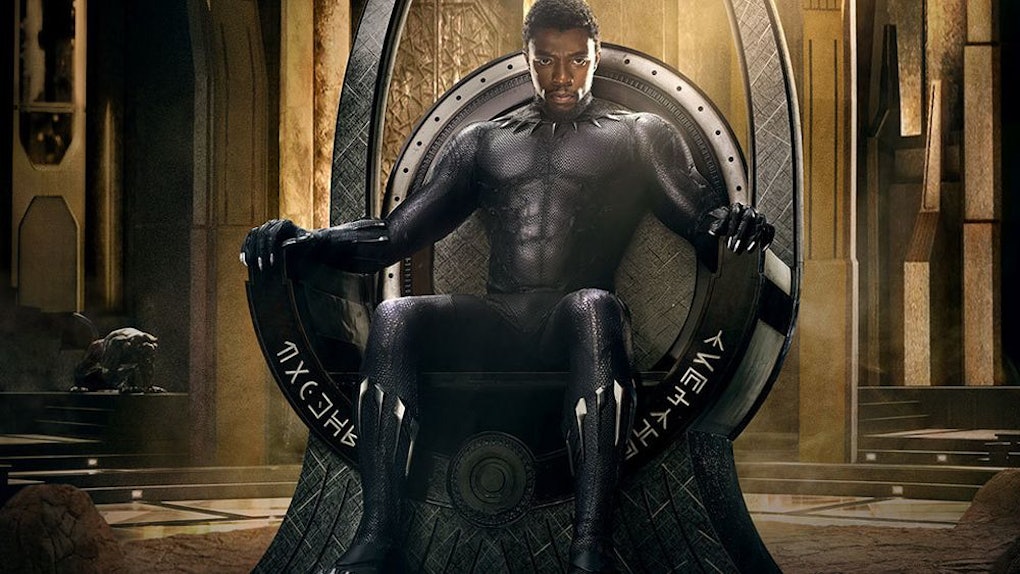 How Will 'Black Panther' Connect To 'Avengers: Infinity War'? The Trailer Gives Some Clues

For many of Marvel's biggest fans, the Avengers: Infinity War trailer has been a long time coming. Though it's only just been released to the public, this isn't the first time it's been shown. Back in July, during San Diego Comic Con, the Marvel panel screened the trailer for those in the audience. But here's the thing: The cut of that trailer was different. This new one is far more Black Panther-centric. So how will Black Panther set up Avengers: Infinity War? And why the re-edit of the trailer?

Let's first talk about the original trailer edit, and what changed. Here's the most concise summary I've found:

The trailer begins with a passed out and wounded Thor floating in space. Guardians of the Galaxy hit him as they are flying through space in the Milano. He’s stuck to the windshield and Rocket proposes using the windshield wipers to wake him up. Thor is brought into the Milano, wakes up, and says, “Who the hell are you guys?” There’s a cut to Loki holding the Tesseract. Shot of Spider-Man on a bus, arm hair stands up – confirming Spidey sense. Iron Man working with the Guardians. Thanos arrives to battle Avengers. Spider-Man shown wearing new suit from end of Spider-Man: Homecoming. Cut to Peter with mask off saying, “I’m sorry,” to Stark. Thanos battling Doctor Strange, Star-Lord, and Iron Man. Shows Captain America in new (Nomad?) suit with a beard. Black Widow is now blonde. Thanos pulls pieces of the moon to Earth to toss at Avengers. Logo.

Let's first consider the lay of the land in July. Guardians of the Galaxy 2 was just leaving theaters. Spider-Man: Homecoming had opened big, but then tent pole collapsed. Thor was on deck.

But it's now the end of November. GotG2 is a faded memory, as is Spider-Man. Thor: Ragnarok crushed it at the box office, and Black Panther anticipation is at an all time high. So it makes sense to reorient away from the comedy of 2017, and present the tone for Spring of 2018 as being a time of Marvel drama.

But there's another, more important piece of the puzzle here. Black Panther is the last movie opening ahead of this massive crossover movie, a film so large, it splits into two parts. So how is their story going to feed into this one?

What ties all our characters together is the Infinity stones. As Thanos steals the stones from different parts of the universe, our heroes are each going to go after him and run into each other along the way.

That leaves the red "Reality" stone, owned by the Collector, and the orange "Soul" stone, which we didn't know the location of, until now. The Infinity War trailer hints strongly we'll find out in Black Panther it is in Wakanda. In fact, it may be the source of all their advanced technology.

Note this huge Wakandan army, headed up by Black Panther and Captain America. Bucky, Hulk, Black Widow and Falcon are here too. This was one clip not in the original cut. Why would Wakanda need this kind of force to protect it?

Because it has an Infinity Stone, and Thanos is coming to attack. In fact, this may be the big ending sequence, with the Soul stone as Thanos' final piece of the puzzle to gain complete world domination.