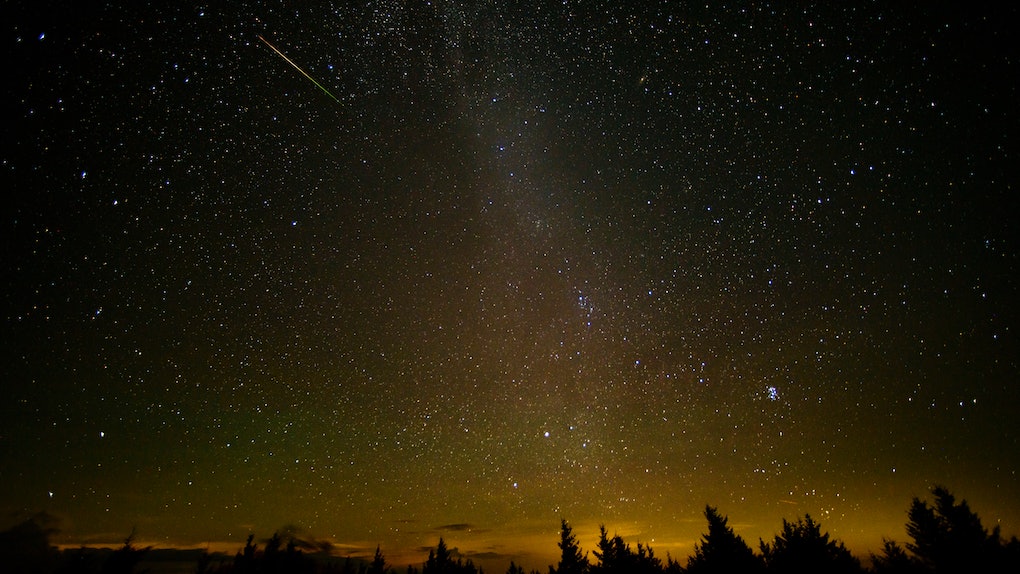 How To See The Geminids Meteor Shower 2017, The Sight Lighting Up The Sky Next Week

Have you heard about the upcoming Geminids meteor shower yet? The past few months have been flooded with meteor showers, from the Orionids shower in October to the Leonids shower just last month. If you didn't catch the last two, you're in luck because it seems the universe really wants us all to head outside this year and take a look at something larger than ourselves. Not to mention, I'm an equal opportunity person and I believe that if your favorite form of entertainment is the sky, well, then you deserve a helping hand. I get it, it's pretty cool. So, here's how to see the Geminids Meteor Shower of 2017, if you're into that sort of thing, and if you're not, and you still care, allow me to explain.

If you don't know what a meteor shower is, first of all, take a science class, for god's sake. Second, it's when a bunch of meteors radiate through the sky from one origin point. It basically looks like the sky is raining stars. The Geminids Meteor shower gets its name because it takes place near the stars Castor and Pollux in the Gemini constellation. As you may or may not know, Gemini is the sign of the twins, which is cute, because the Ursid meteor shower takes place only a few weeks after the Gemini Meteor shower — like, true #twinning! However, the Geminids meteor shower has been called the best and brightest meteor shower of the year, so Ursid can take a walk. We aren't here for it.

When To Look Up

You can watch the Geminids meteor shower Dec. 13 through 14, happening from mid-evening until dawn. On Dec. 13 and 14, the moon will be waning crescent, meaning the light won't be too distracting from the celestial fireworks. This is good news, too, because according to EarthSky,

On a dark night, you can often catch 50 or more meteors per hour. The greatest number of meteors fall in the wee hours after midnight, centered around 2 a.m. local time (the time on your clock no matter where you are on Earth), when the radiant point is highest in the sky.

Where To See It

I mentioned already that the Geminids Meteor Shower would be taking place near stars Castor and Pollux in the Gemini constellation (pay attention, there's gonna be a quiz on this, people.) But no matter where in the sky these meteors are coming from, you won't be able to see them if you're attempting to watch from a big city. In order to see a meteor shower, you need to get away from light pollution to a point where the sky is dark enough to view the showers.

Get in a car, grab some sleeping bags and a warm *ss coat, and get somewhere outside of city lines so you can view the spectacle from the hood of your car, like a couple in a horror movie. You can also use this handy map to see where the Castor and Pollux stars usually reside in the sky.

Before you start looking on Amazon for a telescope, just relax. You're doing too much. You don't need a telescope or any fancy glasses, or any sort of vision protection science shield. All you'll need is your bare eyes and the patience to spend a good amount of time just waiting for the showers to start. According to EarthSky,

Also remember that meteor showers typically don’t just happen on one night. They span a range of dates. So the morning before or after a shower’s peak might be good, too.

Astronomer's predictions are on-point, but they give a time range for a reason. Meteor shower predictions are like pregnancy predictions. Ultimately, it's up to Mother Nature to determine when showtime starts. All we can do is wait until she yells, "action!"