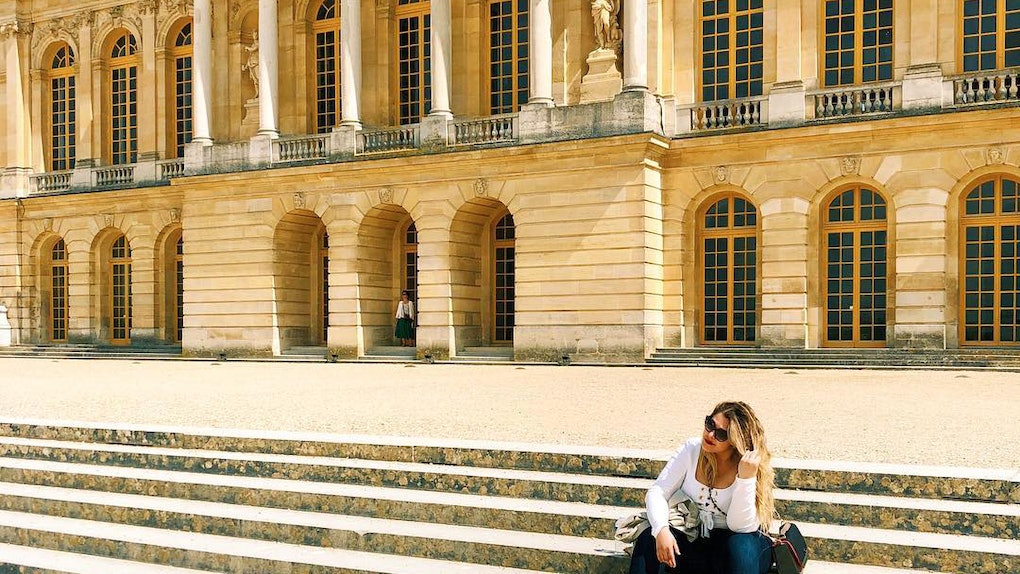 To say I'm obsessed with traveling to new places would be an understatement. However, full adult status, work commitments, and life in general have made it more and more difficult to go anywhere on vacation — especially Europe — for more than a few days at a time. Two-week vacations are ideal, but a full-time job can make them unrealistic. Short trips are doable, but the idea of going to two popular tourist destinations such as London and Paris for only a few days sounds unachievable — they're in two different countries, and across an entire ocean! Since traveling will always be a priority in my life no matter what stage I'm in, I decided to take a long weekend to explore the possibility. As it turns out, you really can see London and Paris in five days, and you can do it easily.

I learned that traveling overseas doesn't have to be a time-consuming or expensive undertaking. During one short trip, you can easily visit both London and Paris all thanks to the high-speed Eurostar train. So if you have a free weekend coming up that you can extend by a day or two, here's everything I learned from my experience of visiting two spectacular cities in just five days.

Choose a weekend in the future that gives you time to plan.

Start searching flights as early as possible. For the best deals, be sure to check out Google Flights or Momondo — you might be lucky enough to find something nonstop. British Airways, for instance, offers numerous flights on a daily basis, with affordable round-trip basic economy tickets. (If you want to splurge, you can try their Club World cabin, which includes a seat that turns into a fully flat bed. Yes, A bed!)

Book yourself a Eurostar ticket, too.

Now comes the fun part: Determine how many days you want to spend in each city, and book your Eurostar ticket. When I traveled to London in November, I spent three days relaxing before taking a morning Eurostar train to Paris. Since the ride was only two hours long, I was able to eat breakfast in London by the River Thames, then eat second breakfast (Don't judge.) in Paris while wearing a chic hat by the Eiffel Tower while it was still morning.

I booked my weekend adventure in London and Paris. The Eurostar also stops in Amsterdam, The Netherlands, and Brussels, Belgium, so there are many exciting destinations to choose from that are just a few hours apart.

I was thrilled being a tourist.

Since I'd already been to London, this time around I visited museums I hadn't seen, like the Victoria and Albert Museum and its exhibition on the evolution of video games in modern society. I also hit up the Tower of London during my visit, and managed to see the Crown Jewels in all their sparkling glory.

In Paris, I made sure to visit the Eiffel Tower and Notre-Dame, both of which are just about as stunning as they look in every photo you've ever seen of them.

Definitely try as many different restaurants as you can.

When it came to food, I hit up London's famed Borough Market, which is a food market mecca that boasts stall after stall of treats. I also made sure to fit in high tea at Oblix on the 32nd floor of The Shard, because when in London! The experience included a gorgeous 360-degree view of London, finger sandwiches, and champagne.

As for sit-down dinners, be sure to head over to the city's brand-new shopping district Coal Drops Yard to discover my favorite restaurant, The Drop, which offers small plates that are a modern spin on classic British cuisine.

In Paris, my dinner choices were Cucina Mutualité, a new Italian restaurant from famed chef Alain Ducasse, and Bustronome, a restaurant that's literally on the second floor of a bus that slowly drives around the city while you eat. (Sturdy drink holders make this not messy.)

Take a day in each city to go off the beaten path.

In London, my off-the-beaten path choice was Camden Market — which, though a popular spot for Londoners and tourists alike, has so many off-the-radar nooks, crannies, and vendors that makes every visit feel like a new experience.

In Paris, I stopped legendary Shakespeare & Company bookstore near the Notre-Dame. It's a haven for anyone who loves books, and inexplicably magical to those who are curious. I even stumbled upon a small tea party on the second floor consisting of about six guests. This treat turned out to be a weekly poetry "Mad Hatter’s Tea Party," and was quite the experience.

Step out of your comfort zone a bit, if you'd like.

Stepping a bit outside of your comfort zone when exploring a new city is always fun. I popped into Paris' massive shopping mall, the Galeries Lafayette, for a quick masterclass with pros in applying makeup. Though I was terrified I would be judged for my makeup techniques, it was one of the most fun experiences of the trip — and it was all in English! If makeup isn't your thing, the shopping center also offers wine tasting classes and macaron bakery classes.

That same night, I went to Crazy Horse, a burlesque club that, apparently, Kim Kardashian, Khloe Kardashian, and Kendall Jenner have visited, according to E! News. Although it was a different experience than I've ever had, it was memorable all the same.

Spend more money on accommodations that are central in both cities.

For an itinerary of two to three days to explore a city, you'll definitely want your home base to be somewhere central — even if that means spending more on accommodations and less on sightseeing.

If you're starting in London and then moving on to Paris like I did, I recommend staying at the St. Pancras Renaissance Hotel, right next to King's Cross Station (yep, the home of the Harry Potter fan's mecca, Platform 9 ¾). Since it's next to the station, the hotel even offers a "Seat-to-Suite" Eurostar service for guests in their Chamber Suite rooms. A member of the hotel's concierge team will bring you and your bags directly from your seat on the Eurostar to your room.

In Paris, I took a similar approach by staying central to the city: right around the corner from the Eiffel Tower at the Renaissance Paris Le Parc Trocadero Hotel, specifically.

Don't put pressure on yourself to pack too much into your mini-break.

When I embarked on this "two countries in a five days" itinerary, I initially put a lot of pressure on myself to get as much accomplished as possible. But, guess what? After day two in London, I was about ready to pass out.

Needless to say, feeling completely exhausted probably isn't the vibe you want on vacation. Remember, it may only be five days, but it's your five days — and however you decide to spend them, make this experience your own.