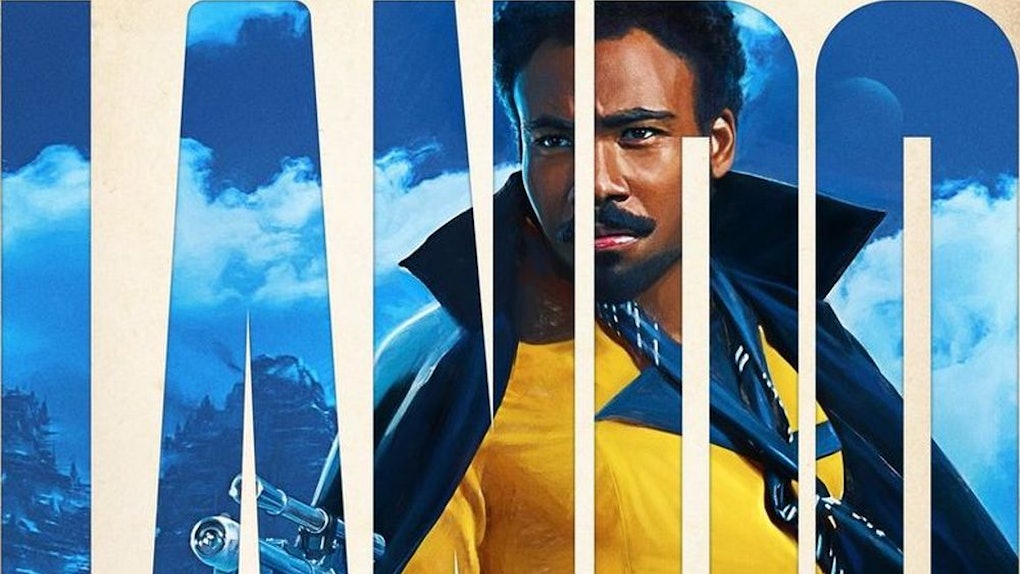 One of the most important characters in Solo: A Star Wars Story isn't a human or a droid. It's the Corellian YT-1300f light freighter known as the Millennium Falcon. It belongs to Lando Calrissian at the beginning of the film, but by the end has been taken by Han Solo. Lando won it playing a card game known as Sabacc, and Han won it from him playing the same game. But what is the game, exactly? Here's a breakdown of how to play Sabacc from Star Wars.

In the Original Trilogy, no one is ever shown playing Sabacc. It's just a name that's thrown around in reference to gambling. The game was actually created in the "Expanded Universe" novels, starting with Lando Calrissian and the Mindharp of Sharu, but in a superficial way without real explanation of the rules of how to play.

Over the years, several variations sprang up around the fandom. But Lucasfilm never trademarked the word, and by the time Disney stepped in, Ren Ventures Ltd had already done so. Disney has been fighting to get the rights to the name back so they can put out a licensed version of the card game, but so far, Ren Ventures has been winning the lawsuit. So if you're wondering why Hasbro's version of it is entitled "Star Wars Han Solo Card Game" and not "Sabacc," this is why.

What Hasbro is putting out though isn't really the game as described in the novels. Called "a cross between blackjack and poker" this popular high stakes game is so big in the Galaxy they hold yearly tournaments. A single game can have between 2-8 players.

Now, if you're wondering why there are cards of negative value in the deck, that's because there are two regular ways to win: Either have a hand equaling 23 or one equal to -23. Both of these are known as "pure sabacc" hands. There is a third less common way to win, known as the "Idiot's Array" where a player holds an Idiot, a 2 of any suit and a 3 of any suit (literally: 023).

As to how gameplay works, let SourceForge explain:

There are two pots: The main pot and the Sabacc pot. Each hand starts with each player placing an ante into both the Main Pot and the Sabacc Pot. Subsequent bets during the hand will be placed only into the Main Pot. Beginning with the player to the dealer's left, each player may elect to either bet or fold... Once the initial betting is complete, each player is dealt two cards. Players then take turns drawing a card or standing.

The game then goes for four rounds. This is called the "pot-building phase." No one may call anyone out on their cards. It's usually at the fourth round where things like ships get thrown in. Sometimes there are more rounds of betting, but Round 5 is usually when someone calls.

One last round of betting occurs, starting with the Calling player, and then players reveal their cards. Any player with a hand totalling more than 23, less than -23, or exactly 0 at the time the hand is called has Bombed Out... The winning player takes the contents of the Main Pot. If that player won with a Pure Sabacc or an Idiot's Array, the Sabacc Pot is also collected.

So if you're looking for a ship to take you around the galaxy, start practicing. Sabacc just might be the right game for you.

More like this
'Guardians Of The Galaxy 3': Release Date, Cast, Trailer, & More Details
By Ani Bundel
Marvel's Video Announcing A 'Fantastic Four' Movie Has Fans Going Wild
By Dylan Kickham
TikTok's #NotTheMainCharacter Trend Shows The Supporting Role You Connect With Most
By Marisa Casciano
Stay up to date