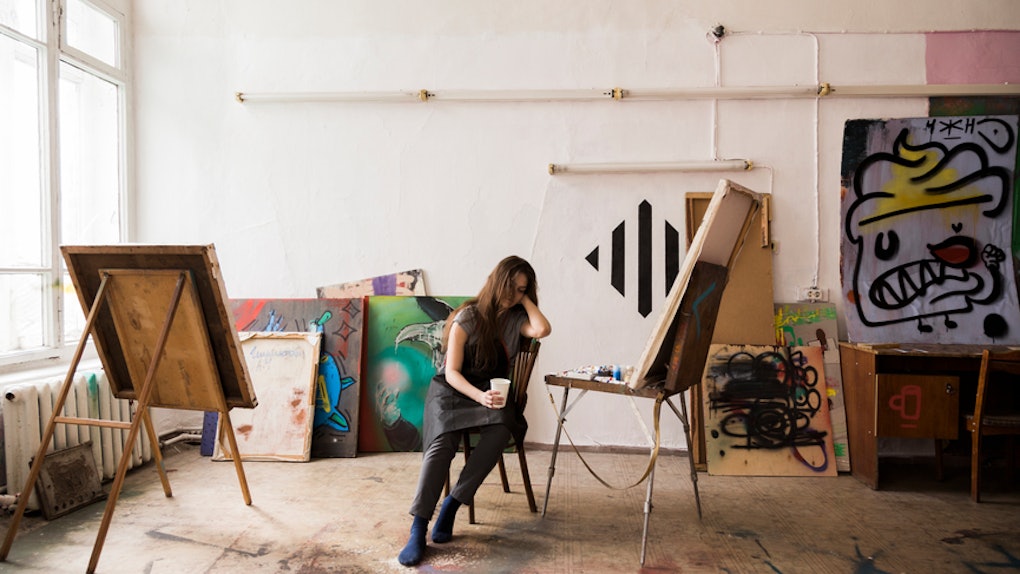 Naps are the basically the closest thing to heaven on earth for the average human. When you're feeling tired, and you have a Sunday afternoon with nothing on your schedule, it's the best feeling in the world to melt into a nap and sleep for as long as you like — except when it leaves you feeling all kinds of out of it once you wake up. For people who have trouble figuring out how to feel awake after a nap, sleeping for too long is one of the first no-no's to be aware of.

The ideal nap is, ironically, a lot shorter in duration than you might think: According to the National Sleep Foundation, sleeping for 20 to 30 minutes is the right amount of time to gain a much-needed boost of energy, without any of the grogginess that might come from sleeping longer, and entering a deeper stage of your sleep cycle.

The best thing that you can do to avoid grogginess is to try not to sleep for too long. But if you do your absolute best on that front, and you still wake up feeling unsure about what planet you're living on, fear not: There are plenty of ways to wake yourself up, and no, you don't necessarily have to chug a whole bunch of coffee. Here are six easy ways to get yourself out of your groggy funk, if you're not in the mood for a shot of espresso.

1. Eat A Spoonful Of Honey

A quick slurp of the nectar of the gods is the perfect, all-natural shot of energy for you, with no risk of a sugar crash an hour later. According to Woman's Day, honey works as "a time-released muscle fuel" that will boost your glycemic index after a nap, thus making you feel more awake overall.

Drizzle some honey over your avocado toast, or stir a spoonful in a cup of tea to get yourself moving after an afternoon cat nap.

2. Take Your Nap Earlier In The Day

It's not just the duration of the nap that matters, but the time of day that you take it, too. Mayo Clinic reports you should shoot to nap sometime between 2 and 3 p.m., as this is around the point in the day when you naturally feel the most tired.

This way, you don't spend a ton of time trying to fall asleep, and you also won't have trouble falling asleep later on in the evening, whereas a 4 or 5 p.m. nap might leave you feeling wired come bedtime.

As soon as you wake up from your nap, try getting some fresh air immediately.

A 2010 study published by the Journal of Environmental Psychology revealed the positive effects that fresh air can have on your energy levels: In the research, spending time outdoors surrounded by nature increased the overall energy levels of 90 percent of the study's participants.

4. Don't Press Snooze, Even If You're Dying To

It's the easiest thing in the world to do, but pressing the snooze button on your alarm can also potentially be the most disastrous thing to happen to your day.

Pressing snooze can lead to something called "fragmented sleep," which is far less restorative than normal sleep. According to research published in the journal Sleep, a fragmented snooze can actually make you feel even more groggy once you finally wake up. Seriously, just bite the bullet and get up, even if it feels like you want to sleep more.

5. Snack On A Banana

In terms of food, banana is the ultimate energizer. It's filled with all of the right kinds of natural sugars, as well as fiber, which is why Woman's Day described it as a "foolproof energy food."

Drizzle some of that honey on your banana, and you're officially a snack superhero for natural energy boosts.

6. Chug A Glass Of Cold Water

Drinking a full glass of cold water will not only help wake you up right after your nap, but it will also help ensure that you stay alert throughout the rest of your day.

Dehydration leads to fatigue, Business Insider reports, so drinking water as soon as you wake up is a great way to make sure you don't feel drained, and you don't want to just nap all over again in an hour.