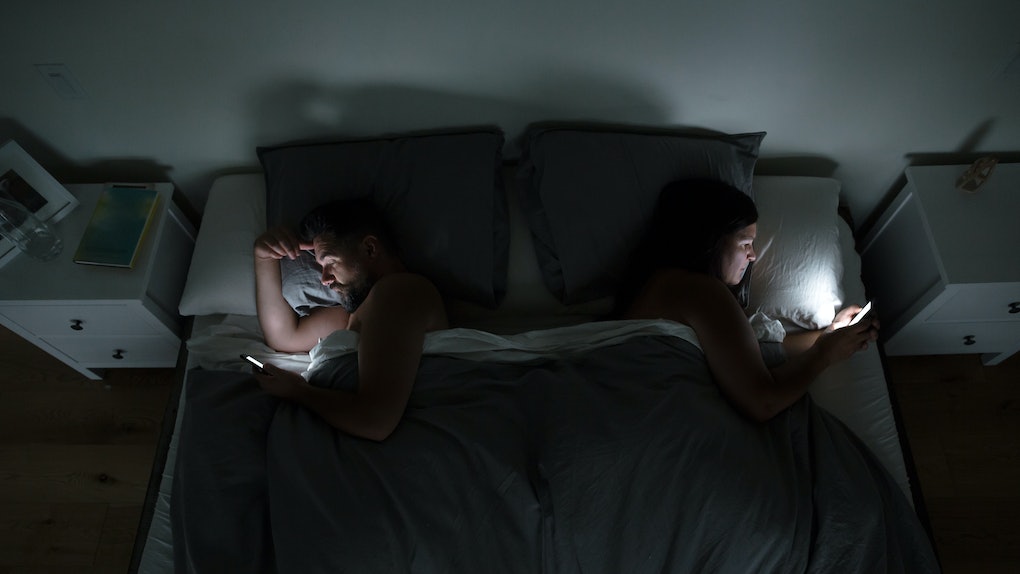 How Long Should A Break Last In A Relationship? Here's How Long It Takes To Actually Make A Difference

Maybe a break is a "distance makes the heart grow fonder" strategy to save a flame that is long gone. I've had half-relationships that took a six-month break before being rekindled for a night in Montauk. (Hello, I'm basic!) But that doesn't really count either; that was just two lonely/horny people.

Or maybe a break is like a time out, something that happens after cheating or some other betrayal so that everyone can chill the f*ck out. My friend and her boyfriend of seven years took a "break" earlier this year when she discovered he had Grindr on his phone. When it turned out he had also cheated on her, that break became a full on break up.

Alas, perhaps a break is just a benchwarmer to the full monty, the actual breakup. Who knows? What I do know is that I have rarely heard of "breaks" working out positively for people I know. While I'm sure that there are many instances of healthy "breaks" that went on to happy endings, it doesn't seem like a good sign to be needing a "time out" from someone you're aiming to spend your 70s with. Just sayin'.

Because I don't know what on earth I'm talking about when it comes to breaks, I spoke to dating coach and licensed marriage and family therapist Pella Weisman about the ideal length of time for a relationship break.

Ideally, Just A Week Or Two

Spoil-my-own-theory alert: Breaks can be OK. In fact, they can actually be healthy. "If you are having a hard time with your partner, taking space for a week or two can be a good idea," says Wiseman. Long-term relationships are hard work, especially if you live together — or so I am told.

"[A break] can help you regain your perspective and get a chance to see what life feels like without the other person," explains Weisman. "Either you come to appreciate them more deeply and return to the relationship willing to do the work to help things go better, or you realize that it's time to move on."

While I don't have a relationship with a person that I can compare this to, I can certainly compare it to my relationship with the city I live in, New York. Day to day, I hate the rats and crowds and only like the pizza; take me out to the country for a week or so, and I'm itchy for the dirty sidewalks. We appreciate things more when we have some distance from them.

However, an open-ended or very long break may be a sign of a larger problem. "If you or your partner are seeking a longer break than just a week or two, I would probe deeper into what that might really be about," shares Weisman. Cheers to that. Let's not let "breaks" be to "breakups" what "breadcrumbing" is to "ghosting" — as in, the spineless, open-ended version. (It's never a good sign if you have to explain your analogy, but I hope you catch my drift.)

Also, Make Sure You Are Clear On What The Break Constitutes

ESPECIALLY when it comes to sleeping with/dating other people during a break.

If your break is just a hall pass to get it on with other people because you'll probably end up married to your current SO, while fun in theory, it could end up leading to some complications in your future.

"Even if you both agree [about sleeping with other people], opening up the relationship increases the risk that one of you will end up finding someone you'd rather be with," explains Weisman. "So make sure this is what you want before agreeing to it." That's some solid advice.

Another good thing to consider: Are you and your current SO going to hook up with each other while on a break? That can be tricky too.

I am not a relationship expert, I definitely don't think that all breaks are bad, and I am not advocating that couples break up as soon as they hit a bump in the road. But I do think that if you and your partner are considering a break, especially one that involves seeing other people, maybe you should also consider a full breakup. You can always get back together.

A break seems like a test drive for a breakup, and I imagine that the feelings equity in most breaks is often lopsided. If you feel like your partner is pulling away and wants to take a "break" while you'd like to work things out, maybe listen to your heart. Don't say "OK" to a break just because you don't want to lose them; say "I need you to be in this, or I'm out" and move on. Or take a break, but if that break hits the six-month mark, maybe trust that it's time to move on. (Learn from me, babes.)