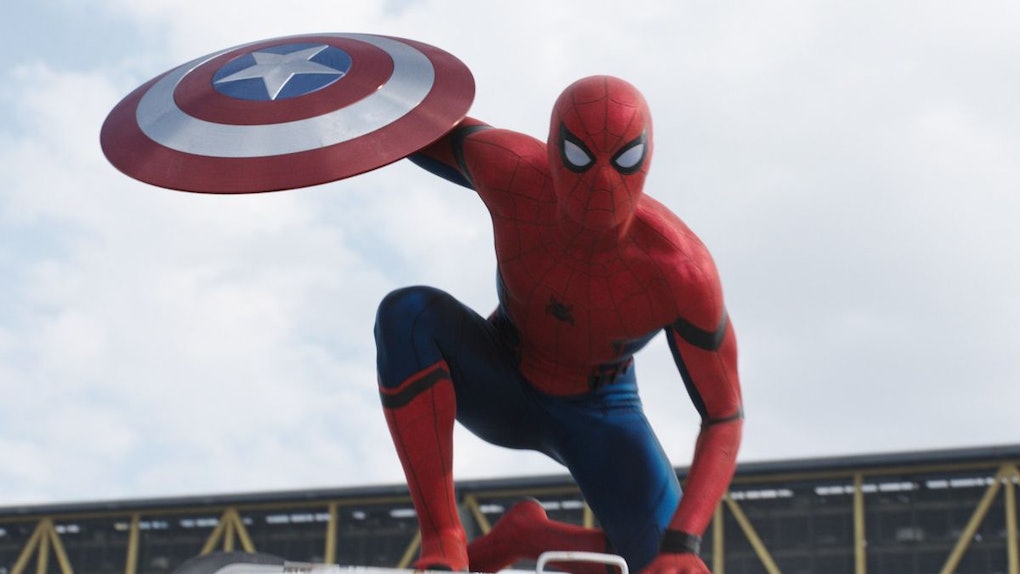 How Long Is Tom Holland's Marvel Contract? Spider-Man Can't Be Gone For Good

Avengers: Infinity War ended not with a bang, but with the soft silence of ashes to ashes, dust to dust, as the movie gave us their first go at a Shakespearean-like tragic ending. Despite everything, and all the fighting, the bloodshed, the hard work of flying halfway around the universe and back again, when the time came for the Avengers to win, they didn't. Worse, a lot of characters died. The loss of so many made fans question everything they knew about Phase IV. For instance, isn't there another Spider-Man movie? How long is Tom Holland's Marvel contract for anyway? In case it's not obvious, spoilers for Avengers: Infinity War follow.

There were quite a number of deaths throughout the film, including a couple from the Thor franchise (Loki and Heimdall), one from Guardians of the Galaxy (Gamora), and one from the crossover films (Vision*).

(*Sorry dude, guess no standalone movie for you.)

But the real gut punch came at the end, after Thanos got all six gems and snapped his fingers, ending life for half the universe as fans knew it. The deaths were at random, and from the assortment of morons and mightiest heroes, the MCU lost the following: Bucky Barnes, Dr. Strange, Sam (aka Falcon), T'Challa (aka Black Panther), all of the Guardians except Rocket Raccoon, and the youngest Avenger, Spider-Man. He really should have stayed on the bus.

The shock of the deaths was such that fans might not have noticed this detail, but Spider-Man's death scene was far longer than all the others. That's because Holland improvised the whole thing, and the directors were so impressed, they kept the scene.

But while the shock of losing all those main characters was surely something, once the stages of grief wore off, Marvel buffs realized there was no way Spider-Man could stay dead. First of all, there's a Spider-Man: Homecoming 2, which is supposedly part of Phase IV. I mean, the MCU CEO Kevin Feige talked about it and everything. It even has a release date of July 5, 2019... that is, if it isn't moved for something else. (Captain Marvel, for instance, was originally supposed to come out July 6, 2018, and fans saw how that worked out.)

Moreover, Tom Holland got locked down when he took this role. Disney and Marvel have him under contract for six films, of which Avengers: Infinity War is only the third. That means he's got a least two more films he owes the franchise after his sequel.

However, just because someone is contracted doesn't necessarily mean they'll be used. Felicity Jones, for instance, was originally signed for two Star Wars movies, and she didn't make it out alive of Rogue One. Actors from Game of Thrones are routinely signed as if they'll survive when contract re-ups happen, even if the show knows perfectly well they won't. It's how spoilers are kept under wraps. Imagine if, in 2014, Iwan Rheon had not been signed for Season 7 along with everyone else. Fans would have been assured before Season 5 aired that Ramsay Bolton was dead by the end of the next year.

There's also the possibility that Spider-Man: H2 could be set prior to the events of Infinity War. Considering the first film already screwed up the timeline in the first installment, why the heck not?

The writers of Infinity War admitted they didn't take into account upcoming films when they chose who to turn to dust. Speaking to Buzzfeed, writer Stephen McFeely said they couldn't be concerned about it.

We can’t make movies assuming you know how movies get made. We can just tell the best version of the story we can, and hopefully, you are investing in that story while you’re in it, and you feel appropriate sadness or joy while you’re in it. We can’t account for having one step outside the movie theater while you’re watching it. We would be terrible storytellers if we did that.

Exactly how they'll bring Spidey back, and if they do, is something fans will have to wait and see. Avengers 4 arrives in theaters May 3, 2019.