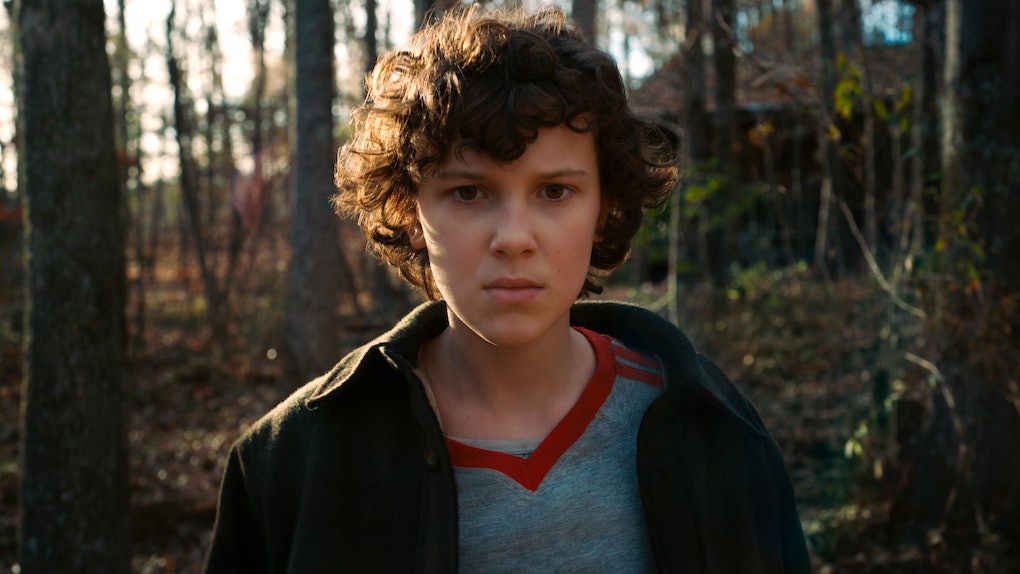 How Does Shock Therapy Work On 'Stranger Things'? The Painful Method Is Featured In Season 2

Stranger Things flights of fantasy using science fiction tropes like mirror universes and telekinetic abilities work partly because the story is grounded in actual things that happened in our history. Eleven's abilities, for example, supposedly spring from her mother being part of the all-too-real CIA-run MKUltra experiments of the 1950s-70s. In Season 2, we learn more of what her mother experienced, including the also all-too-real Electroconvulsive Therapy. But how does Stranger Things' use of shock therapy work? And is that how it works in the real world? Please be advised: This post contains spoilers for Stranger Things Season 2.

So let's start with the facts. Electroconvulsive Therapy is the official and proper name for the treatment that is alternately referred to as electroshock therapy or shock treatment. The actual real use of this therapy in modern day science is to electrically induce seizures in the brain. It is an extreme, and nowadays rarely used, method of treatment. It is almost always now used only as a last resort, and for extreme cases of major depressive disorders, bouts of out of control mania, and otherwise unresponsive cases of catatonia.

That's not how we see Stranger Things use it at all. In fact, what we see is the doctors at Hawkins lab (specifically Dr. Brenner) use it to induce catatonia.

When Eleven finally discovered the truth about her mother, I think many of us were hoping her homecoming would be a happy one. We hoped that Eleven walking into the house after all these years of waiting might be enough to snap Terry out of her stupor, and recognize and acknowledge her long lost daughter.

But Stranger Things, despite it's sci-fi trappings, is a show that bases itself in the real. And the reality is Eleven, like Hopper and Joyce before her, is years too late. Terry retreated into her own mind six years ago now, and nothing is bringing her back out.

Last year, most thought Terry's story to be a warning to Joyce and Hopper: how to lose yourself to grief and never come back after your child is taken from you. This was what Hopper feared would be him after Sara died. This is what Joyce feared becoming if Will never came back.

Instead this season we learn it was nothing like that. Terry can communicate with Eleven, via telekinesis. And her story is horrifying. Her catatonic state was one that was induced after she finally broke, after all those years of trying to get her little girl back, and took a gun to Hawkins Lab.

She got all the way to the room Eleven was sitting in before Brenner and company grabbed her. They pulled her out of the playroom where Eleven and Eight sat, dragged her down the hall to another room, strapped her down and proceeded to administer a huge dose of shock therapy. That dose then trapped her mind in an endless loop of those final hours and kept her from ever bothering them or Eleven again.

One assumes Hawkins minions quietly drove her home, installed her in that chair in front of the TV, and left her there for sister Becky to come home and discover.

So is that realistic? In a word: No.

Electroconvulsive Therapy does have side effects. Memory loss and confusion can be common, especially short term memory loss right after the dose is administered.

But in most cases, the dose isn't done to induce catatonia, it's to wake the person up. It's to pull the patient out of a severe depressive slump by "jumpstarting" the brain if you will out of the chemical cycle it's trapped in. Or it's used to "jumpstart" chemical reactions that will pull a brain trapped in a mania loop out of it, so the patient can wind down.

Still though, shock therapy couldn't technically do what Stranger Things claimed, it's still a tragic tale. Especially when we realize Becky is part of the problem, still trying to report her family to the authorities, years after she should have learned better.

More like this
These Tweets About Regé-Jean Page Leaving 'Bridgerton' Are Royal Bummers
By Cianna Garrison
The 'A Million Little Things' Season 3, Episode 11 Promo Is 1 Big Therapy Session
By Lexi Williams
In 'Riverdale' Season 5, Toni Topaz Is The Black Superwoman Without A Cape
By Erika Hardison
Stay up to date