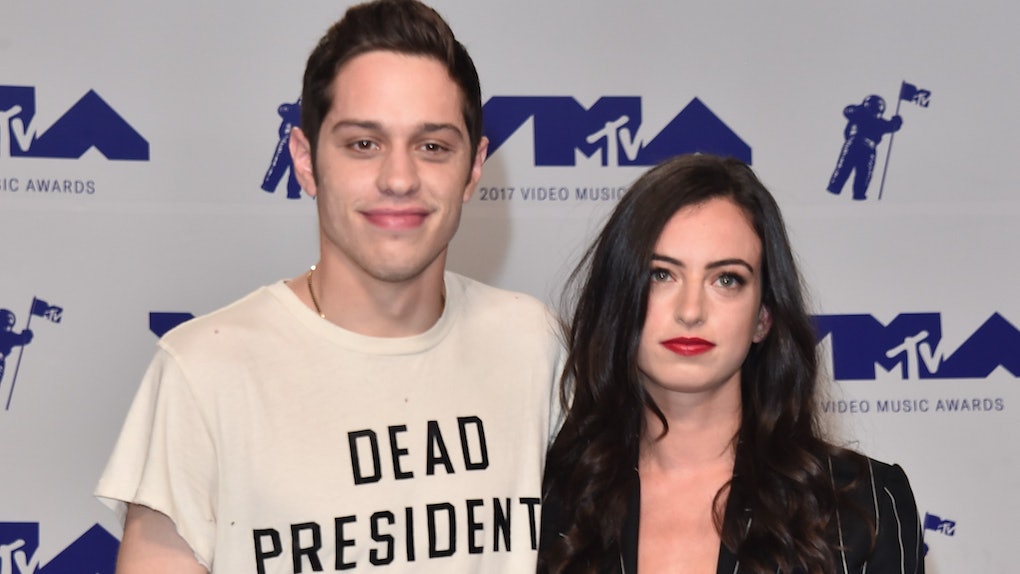 How Does Cazzie David Feel About Pete Davidson Now? Her Mom Just Gave Some Insight

It’s been over a year since Cazzie David and Pete Davidson broke up. The two dated for just about two years before they split and Davidson moved on with Ariana Grande in May 2018. In the time since the breakup, both David and Davidson have been busy with other things. But have they had time to reflect on their past together? More, specifically, how does Cazzie David feel about Pete Davidson now? Well, according to a new interview with Cazzie's mom, Laurie David, she really isn’t thinking much about him at all.

Laurie opened up recently to Us Weekly and explained that her daughter has more important things to think about than her relationship with Pete Davidson. When asked about her daughter and Davidson, Laurie said that the Saturday Night Live star is “not even in the consciousness” for Cazzie. So, I guess that means Cazzie isn’t one to look to the past.

According to her mom, Cazzie is way more focused on her work, which involves books and TV pilots.

“She’s so over that. By the way, she just shot a pilot,” Laurie explained. “She’s turning 25 years old and she already, in the can, has a pilot … I am so proud of her and she’s doing fantastic. She also has a book deal, by the way.”

Obviously, Laurie preferred to talk about how successful her daughter is instead of focusing on anything that’s rooted in the past. I don’t blame her. It seems like Cazzie is really busy with some amazing projects.

“She’s just rocking it. She’s got a core group of friends from college,” Laurie continued. “In fact, she wrote this [Amazon] pilot with her college friend [Elisa Kalani]. We’re a grounded family. I think we know what’s important and I think there’s gonna be a lot of that in her show. It’s so funny. You’re gonna love it.”

As for all the stuff about Pete Davidson and her daughter’s love life, Laurie had one final thought on all of it.

“Everybody would say, you want your kids to be happy,” she told Us Weekly. “I’m not in any rush to be a grandparent, so the longer the better. I think breaks from dating are a good thing too.”

It sounds like Laurie just wants Cazzie to keep doing what she’s doing, which makes sense because her daughter has worked really hard to get where she is now. Back in April 2018, David started producing a web series called Eighty-Sixed. It focused on a woman overcoming a bad breakup and even featured her ex Davidson in a role. Since then, she’s been working with Amazon on a show called Half-Empty. It’s a comedy, of course, but the wild thing about it is she’s writing, producing, and starring in it. So, David definitely has her hands full right now. With all of that going on, it’s no wonder she has absolutely no time to even think about Davidson.

All in all, though, it sounds like David is in a really great place and has adjusted quite well to the single life. Good for her!