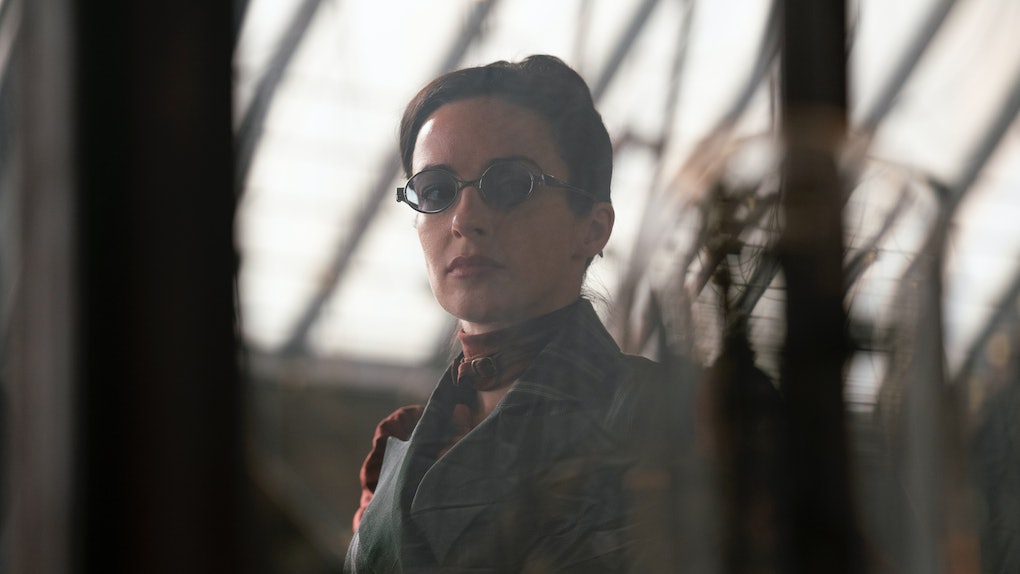 How Do Amalia & Maladie Know Each Other On 'The Nevers'? Their Past Is Unclear

When The Nevers debuted, it introduced two women as the central characters. On one side, there's Amalia True, who has created a positive haven for other Touched people to live safely and explore their abilities. On the other, there's Maladie, who was being taken away to an asylum when her powers manifested. She's since become a serial killer, surrounding herself with those who would use their abilities for evil. It turns out, these characters aren't unconnected. So, how do Amalia and Maladie know each other on The Nevers? It seems they have history.

Warning: Spoilers for The Nevers Season 1, Episode 2 follow. When the story opens, Amalia's interest in Maladie seemed to be purely a political one. Maladie is out there scaring people into believing Touched women are murderers to be feared. That's dangerous to everyone who has "turned" and gives fuel to those in the political sphere who want to outlaw them.

In an interesting use of time paradox, Amalia tracked Maladie via her Touched ability to see glimpses of the future. Amalia figured out where Maladie was by seeing where they will cross paths, leading her to be in the right spot at the right time. Unfortunately, she didn't see that Maladie would get away or kidnap Mary, whose songs act as a beacon to the Touched. There's also something else Amalia didn't see, but Maladie did: In kidnapping Mary, she laid a trap to lure Amalia to find them.

Amalia tried to appeal to Maladie's sense of community. By letting Mary go, they could bring all the Touched together. But Maladie scoffed, accusing Amalia of lying, and called her the woman who sheds her skin. Maladie pointed out Amalia had done this before, when she changed her name from Molly. In horror, Amalia realized she knew Maladie; her real name is Sarah.

Although the episode didn't go into detail, there's enough in Maladie's accusations for viewers to piece together what may have happened: Maladie accused Amalia of abandoning her friends, with whom she was supposed to be inseparable. She told Amalia, "you fed me to them," and that for two years, she suffered because Amalia betrayed her. Amalia countered she didn't have a choice, to which Maladie responded, "Oh yes, you had a mission," before declaring God has now given her a mission too.

These clues tie back to Amalia's earlier comments when discussing Maladie's case with Mundi. Amalia noted the religious passages Maladie painted above the victims were not sneering at God; they were sincere. She said she thinks Maladie profoundly believes in God, but one who delivers only pain and suffering. She also hypothesized Maladie was sexually abused at a young age before being institutionalized.

Even if Amalia hadn't realized who Maladie was, she was almost certainly drawing upon the experience of seeing girls like Sarah abused and then dragged away to asylums. And she has lived a hard life. Amalia is a hardcore fighter; she landed multiple blows on Maladie when she was attacked. Moreover, she's someone who viewers already know is a survivor who once nearly took her own life, only to be saved when her abilities manifested.

Maladie escaped again when Mundi and his cops showed up. But The Nevers has only scratched the surface of Amalia and Maladie's relationship from when they were Molly and Sarah. What else went down between them remains to be seen.

The Nevers continues on Sundays at 9 p.m. ET on HBO Max.

More like this
These Reddit Theories About Who Killed Erin On 'Mare Of Easttown' Are Too Smart
By Ani Bundel
'House Of The Dragon': 'GOT' Spinoff Cast, Release Date, Filming News, & More
By Ani Bundel
'Succession' Season 3: Premiere Date, Cast, Plot Details, & More News
By Dylan Kickham and Ani Bundel
Stay up to date