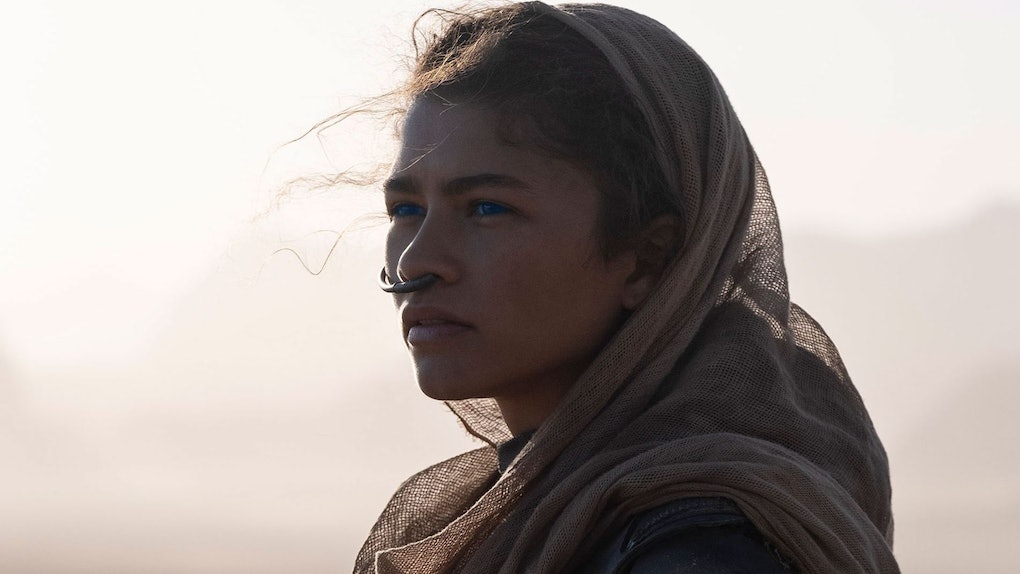 How Big Is Zendaya's Role In 'Dune'? Chani's Story Is Fascinating

The sci-fi novel Dune is the story of House Atreides: Duke Leto Atreides, his son, Paul, and Paul's mother, Lady Jessica. Lady Jessica is part of a group known as the Bene Gesserit, a sisterhood of women who have trained themselves to achieve supernatural powers. But even Lady Jessica's abilities do not prepare her for the woman Paul falls in love with and brings home: Chani, played by superstar Zendaya in the upcoming film adaptation. But how big is Zendaya's role in Dune? Fans might be in for a bit of disappointment.

In the books, Chani is critical as a character and a turning point for Paul. But the irony is, Chani is a significant presence in Paul's story before she arrives, but she's not that big of a presence once she actually shows up. You see, unbeknownst to nearly everyone in the story, Paul has inherited his mother's abilities, something most consider impossible for a man. Because of that, Paul is vaguely aware of Chani as being his future lover long before he meets her in real life; he sees her in visions. This all makes for a very awkward meet-cute once they do come together IRL, since Paul is all excited that the woman he's been dreaming of is finally here in front of him, and she's like "Dude, who the hell are you?"

Once Chani shows up, though, due to the story's focus on House Atreides, she quickly gets relegated to the "hero's girlfriend" position, even though her relationship with Paul upends just about everything. Fans were hoping that the film's casting someone with as big a name as Zendaya was a sign her character would be given more respect in this adaptation.

But Zendaya has warned her role might disappoint fans. Talking to InStyle in August, she revealed:

Dune was incredible. I wasn't in it very much, so when I was watching the trailer, I was like, ‘Oh my gosh!’ I called Timothée [Chalamet, who stars in it] and said, ‘Dude! You should be proud.’ It is a big deal to even be a small part of something with such a massive cast. And I love sci-fi stuff too. It's fun to escape into another world.

That's unfortunate, because Chani is one of the coolest women in science fiction. She's part of the Fremen tribe native to Arrakis, and an accomplished warrior in her own right. She is put in charge of protecting Lady Jessica and Paul when disaster strikes after their arrival. Recognizing her connection to Paul, Jessica trains Chani in the Bene Gesserit ways, making her among the most deadly in the known galaxy.

Paul and Chani's relationship is a complicated one that spans more than one Dune novel, so perhaps there will be more of her, should there be a sequel. After all, fans deserve more Zendaya as Chani.