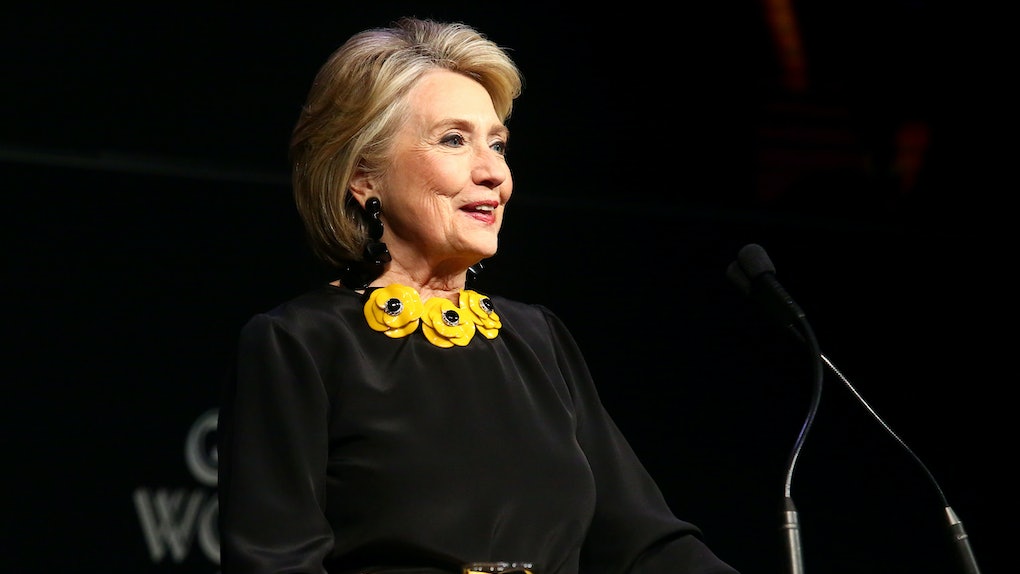 Former presidential candidate Hillary Clinton is no stranger to the disappointment of an unsuccessful election run, and one Maryland third grader's story of losing the class presidency to a boy by one vote struck close to home. Hillary Clinton’s letter to an 8-year-old who lost her school election is a reminder to get up again and keep going despite failure and discouragement. TBH, Clinton's advice to Martha Kennedy Morales is spot-on, and it's what the future generation of young female leaders needs to hear.

According to The Washington Post, Morales ran an intensive campaign to win the post of class president at the Friends Community School in College Park, Md. The eight-year-old is a third-grader in a combined third and fourth-grade class at the private Quaker school, and she faced off against her opponent — whom she described as "a popular fourth-grade boy" — as part of the class's unit lesson on the workings of the U.S. government.

Despite waging a full-blown campaign, which her father frequently shared on Facebook, Morales lost to her opponent by one vote. A Democratic activist reportedly referred the post to Clinton, and the situation struck a cord.

The former secretary of state — who lost the 2016 presidential election to Donald Trump despite winning the popular vote by a few million — sent the third-grader a consolatory letter, according to The Washington Post.

"While I know you may have been disappointed that you did not win President, I am so proud of you for deciding to run in the first place," Clinton told Morales. "As I know too well, it’s not easy when you stand up and put yourself in contention for a role that’s only been sought by boys."

While acknowledging the disappointment that the 8-year-old must be feeling after her loss, Clinton's message took a decidedly uplifting tone.

"The most important thing is that you fought for what you believed in, and that is always worth it," the former first lady reminded her.

She concluded, "As you continue to learn and grow in the years ahead, never stop standing up for what is right and seeking opportunities to be a leader, and know that I am cheering you on for a future of great success."

Per The Washington Post, the third-grader had pretty much the same reaction that I think we'd all have from receiving a letter from Clinton.

"My mom was just picking me up from school, and she pulled the letter out of her purse," Morales told the publication. "I opened it up, and it was a letter from Hillary Clinton. I was very surprised."

Her father, Albert Morales, said, "My wife texted me a copy and said Martha was just very happy and excited and surprised that Hillary would take the time to write to her."

Whether or not you're a fan of Hillary Clinton, it's impossible to deny the impact that the onetime first lady had on politics when she became the very first woman to be nominated as a presidential candidate by any major political party in the course of American history. While Clinton didn't win the 2016 election, her relatively successful campaign run put serious cracks in the glass ceiling of the presidency. Who knows, maybe Morales will be one of the many women who'll take a shot at running for the highest office in the land one day.