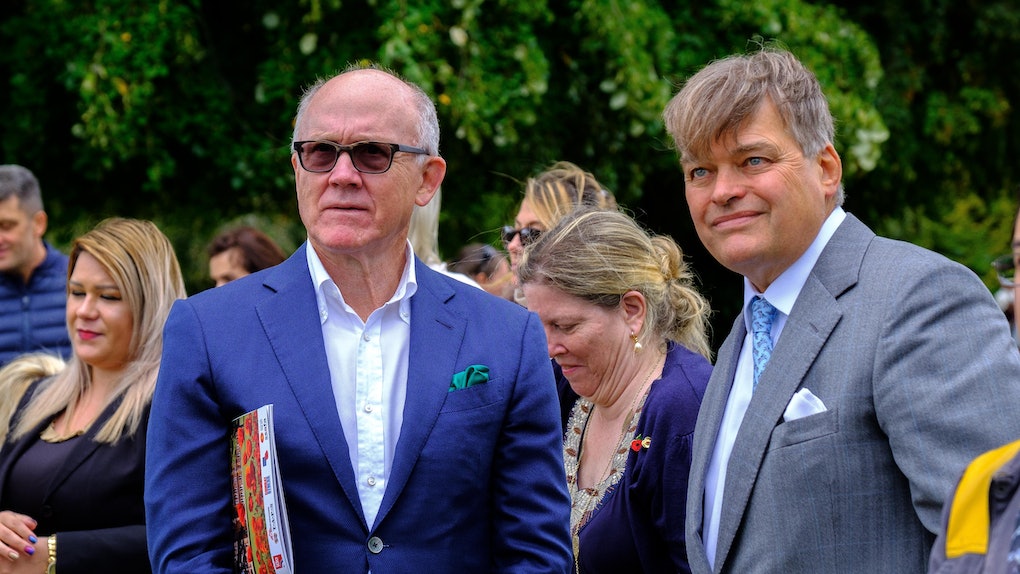 The Downton Abbey movie is finally filming, two and a half years after the show's series finale aired on PBS in 2016. The six seasons the show was on the air covered the period from before World War I through the middle of the next decade, from about 1912 to 1925. Fans were entranced both by the story and by the period details the show seemed to nail at every turn. But how much of the period did the show get right? Highclere Castle’s real-life Lord, George Herbert, the 8th Earl of Carnarvon admitted it was more spot on than one might have thought.

Lord Carnarvon sat down last weekend with Hugh Bonneville, who plays the TV show version of the Abbey's patriarch, Robert Crawley, the 7th Earl of Grantham. Bonneville's character struggles with the knowledge his life's work is keeping the estate going to pass it to the next generation. In interviewing Carnarvon, he asked how true Robert Crawley's feelings about this were.

Lord Carnarvon responded he thought the show nailed it quite well:

It’s a funny, poignant thing you say that because of some of Julian [Fellowes]'s script, and your words... completely sum up that idea. It’s probably really in my late teens, my father talking to me... You really try to impart one is really a tenant for life of the place. I have to try to look after it for my lifetime and then pass it on to the next generation.

The Earl also reminisced about what it was like visiting the Castle when he was a small boy.

My grandfather lived to quite an age, towards 88 or so. So I was a small boy coming up to see my grandfather, and his extraordinary potentially terrifying vast building, Highclere castle. But like many grandparents, he was sort of very overindulgent, spoiling of his grandchildren, so that was always a very good thing. But it was quite a frightening building to be in when you were pretty small, you know with these vast ceilings and enormous saloon, and you could go and hide somewhere in the obscure bits of it somewhere.

As to how much of the way the house was run the show got right, Lord Carnarvon admitted there were definitely a few moments where the show was off, but on the whole, they nailed it.

Well, I think there were definitely scenes where the butler would have done things differently during my grandfather’s time. But my grandfather’s butler, Robert Taylor was actually quite close to Carson in style and character and the rest of it, and he might have tut-tutted about how something was laid on the table. Mostly it was pretty good.

As to the group returning to film, the Earl says they're looking forward to having the Downton family back for one last round this fall.

We’re looking forward to having our family back here again, the family we got to know and love so much, we are happy to welcome you back.

Fans of the Crawleys agree. The Downton Abbey movie is expected to arrive sometime in 2019.