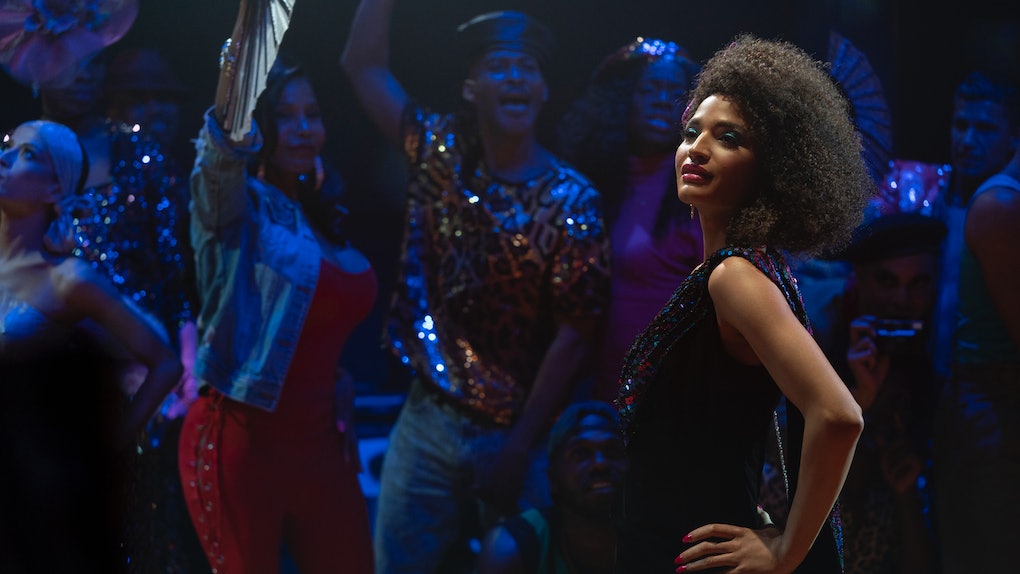 Here's Why Madonna's "Vogue" Is So Important In 'Pose' Season 2

There are many things to love about Pose, the Ryan Murphy series on FX, which is now arriving with a second season just in time for Pride Month. However, perhaps the most arresting part of the series is the soundtrack. As a show set within the drag ball culture of the late 1980s and early 1990s, the series is a celebration of the sounds of the era, with the premiere episode last season using no less than 18 songs as part of the texture of the period. Music is why Madonna's "Vogue" is so important in Pose Season 2, to the point that the song plays over and over throughout the premiere. Warning: Spoilers for Pose Season 2 follow.

That Pose Season 1 opened in 1987 was no accident. Paris Is Burning, the documentary that inspired the story of Pose, began filming footage that same year. This season, the show jumps ahead to the spring of 1990. That's no accident either. On March 27, 1990, Madonna released "Vogue," the lead single off the upcoming album I'm Breathless, music both from and inspired by the movie Dick Tracy, which Madge also happened to star in.

Though the song was a weirdly tacked on last-minute addition to the otherwise 1940s jazz-inspired album, it was an instant sensation, with lyrics and a video that was openly inspired by ball culture, and transgender performers of New York City. The video even starred two members of the House of Xtravaganza.

Ball culture was not just suddenly tossed into the mainstream, with two ballroom dancers front and center. It was on MTV every hour on the hour, as the video became the biggest hit of the year, and would go on to garner several MTV Music Awards as well as a memorable live performance with Madonna dressed as Marie Antoinette. It was blasting out of station Z-100 in New York City, playing out of car stereos, in building foyers, in nail salons, and of course, on constant rotation at the balls themselves.

In a story on the House of Xtravaganza printed in January of 2019, members recall the impact Vogue had, and how it both inspired them to see the possibilities beyond the ballroom, and yet how it changed very little at first. Pose grapples with that reality as the new season kicks off. From some, like Blanca, (Mj Rodriguez), the head of the House of Evangelista, "Vogue" is a clarion call to push the members of her house to aim for the mainstream. As goes Madonna, so, therefore, should go New York City, right?

And yet, pushing the boundaries of acceptance is hard. AIDS is still taking members of the community right and left. As Pray Tell (Billy Porter) observes at one point, he's been to three funerals that week. ACT UP is pushing the community to get involved, to make the world pay attention to the fact that they are dying. How far can one go in the mainstream, when one's arrest record for protesting keeps growing?

And yet, Blanca believes, and her belief may be enough to inspire Angel to land a modeling contract before all is said and done. Hope can be found anywhere, even in a four-minute song.

More like this
The Soundtrack For Netflix's 'The Irregulars' Season 1 Is Such A Vibe
By Ani Bundel
These Tweets About Netflix Adding 'Big Time Rush' Will Have You Singing
By Abby Monteil
When Will 'Riverdale' Season 5 Return In 2021? Its Mid-Season Break Is Long AF
By Rachel Varina
Stay up to date