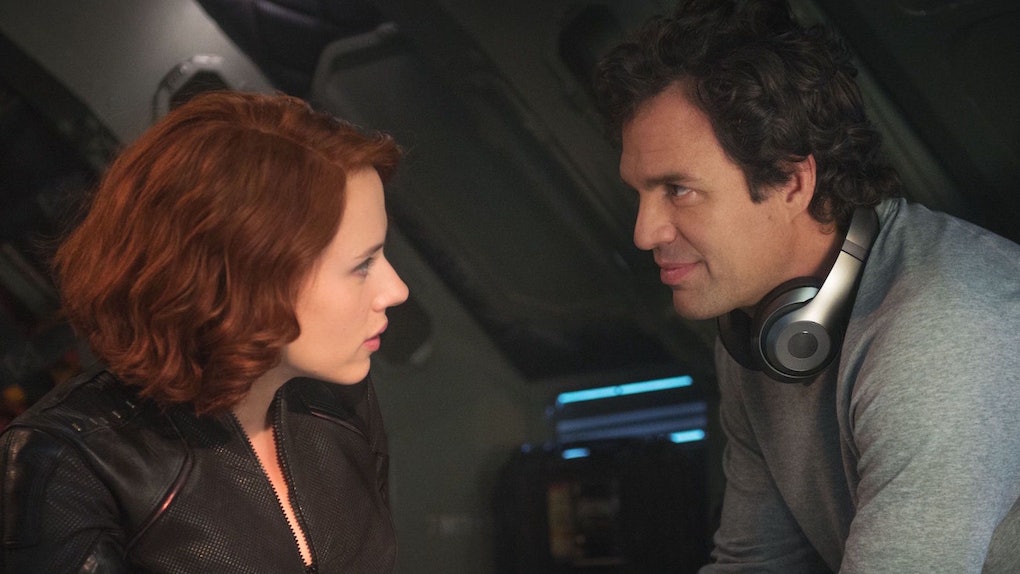 The one-two punch of Avengers: Infinity War and Avengers: Endgame tackled the gargantuan task of bringing together the stories of dozens of unique superheroes from 20 different movies into one epic arc. For the most part, the colossal movies did a great job of bringing Marvel's whole roster together and even introducing new heroes like Captain Marvel but there is one particular story that noticeably fell to the wayside. Despite being built up in several previous MCU movies, Hulk and Black Widow's romance disappeared in Avengers: Infinity War and Avengers: Endgame, which confused a bunch of fans. Now, a writer on the movies is opening up about why the long-teased romance never came to fruition.

During Avengers: Age of Ultron, one of the most prominent subplots among the Avengers team was the budding romance between Natasha Romanoff and Bruce Banner. Not only was Black Widow the only person able to lull the Hulk back into his human form, but the two spent much of the film flirting and even shared a kiss. Although the film ended with the Hulk blasting off into space alone on a spaceship, it still felt like the Hulk and Black Widow would pick up where they left off when they finally reunited.

Well, that reunion finally happened in Avengers: Infinity after Thor saved the Hulk from Sakaar, but no sparks were flying between Bruce and Natasha at all. The two just exchanged a glance and then got down to superhero business, never even acknowledging their romantic past. Then, during Endgame, Black Widow died, confirming that there is not even a chance to further explore the Hulk and Black Widow's relationship in future movies. So, why did their love story just completely vanish?

According to Infinity War and Endgame co-writer Stephen McFeely, the answer to that question is more practical than narrative. McFeely told Empire recently that the writers simply did not have time to go into the Hulk and Black Widow's romance during the two massive movies.

Stephen McFeely revealed that they had actually written and shot some scenes for Infinity War that showed the Hulk and Black Widow reuniting and agreeing to put an end to any romance left in their relationship, but since it was not deemed important enough to the already jam-packed overall plot of the movie, it wound up being cut:

We certainly tried [to continue the story]. In Infinity War we had scenes — we wrote them, we shot them — of them sort of hashing that out. It was "You've been gone, I've moved on," that kind of stuff. But it became very clear that, if a scene was not in the "A-plot," it would not survive to the end of Infinity War... That thing had to be on rails just to get to the finish line. You couldn’t wrap up loose threads just because you wanted to.

So, there you have it: there just was not enough time to wrap up the Hulk and Black Widow's romance in Infinity War or Endgame. Honestly, both those movies together take up nearly six hours of real estate and they really are packed with plot points that they need to squeeze in, so it makes sense that some stuff that would have been nice to see had to fall to the wayside.