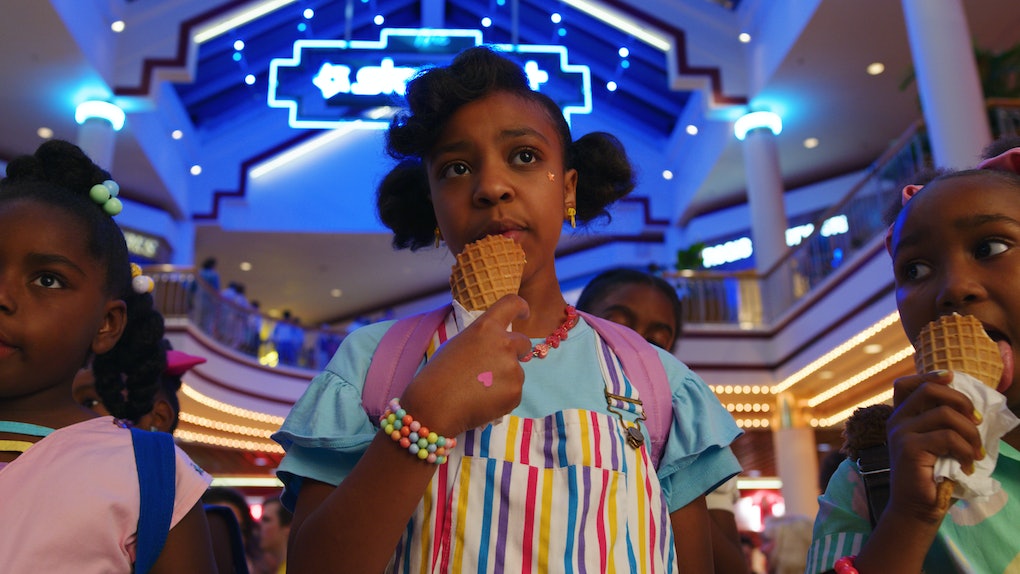 Here's Why Erica On 'Stranger Things' Should Be Your Favorite Character

Stranger Things has had some surprising successes over the first two seasons, but nothing is as effective as its ability to cast child actors. From Millie Bobby Brown to the foursome of Finn Wolfhard, Gaten Matarazzo, Caleb McLaughlin, and Noah Schnapp, the show's done an excellent job of finding a new generation for Hollywood. The latest discovery came in Season 2 with Priah Ferguson as Lucas' kid sister Erica, who stole every scene she was in. This season, Erica on Stranger Things is not just a recurring moment of comic relief, but a full-fledged member of the team in her own right. Warning: Spoilers for Stranger Things 3 follow.

In Season 2, Erica wasn't interested in her brother and her friends, or their weird "emergencies" in trying to save Hawkins. To her, it was all nerd talk. But it's been nearly a year since Halloween of '84, and Erica has her own crowd now. She and her girls hang at the Starcourt Mall, abusing the ice cream tasting system, sipping sodas and generally being cooler than thou.

It's that tendency to abuse the ice cream tasting system at Scoops Ahoy that gets her noticed by Robin, as she, Steve, and Dustin have a problem. They've discovered the mall is filled with Russians. They have a way to break into the warehouse and find out what's going on, the air duct system. But none of them are small enough to fit.

Erica, on the other hand, is just the right size.

Erica isn't about to give away the goods for free. Turns out she is a nerd, just a very different kind from her brother and his friends. She's not into Ghostbusters, she's into capitalism. When presented with the idea, her first statement: "I still haven't heard what in this for Erica!"

Cue all the ice cream a girl could want.

Erica isn't taken in that easily, though. She drives a hard bargain, and she knows the person in charge here is Robin and not Steve. She's also concerned no one has considered the possibility of booby-traps, or spikes and lasers. "This sounds like Child Endangerment," she says, shaking her head. But with the promise of many many more USS Butterscotches to come to pay for the extremely valuable service she's providing, Operation Child Endangerment is a go.

Erica gets more than she bargained for when it turns out the warehouse they break into is actually an elevator, one that takes the foursome miles and miles underground into a secret Russian base. But when it comes to travel through the hallways, her superior math skills turn out to be invaluable in getting around.

She's astounded to discover Lucas was involved with saving the world from the Upside Down not once but twice, as her opinion of her brother is clearly low. And she clearly doesn't like being told liking My Little Pony makes her a nerd, but even though her attitude suggests she's an Erica-first person, when it comes time to leave Steve and Robin and get help, or go back and rescue them, she's the first one on Team Rescue From The Russians.

After all, you can't spell America with Erica.