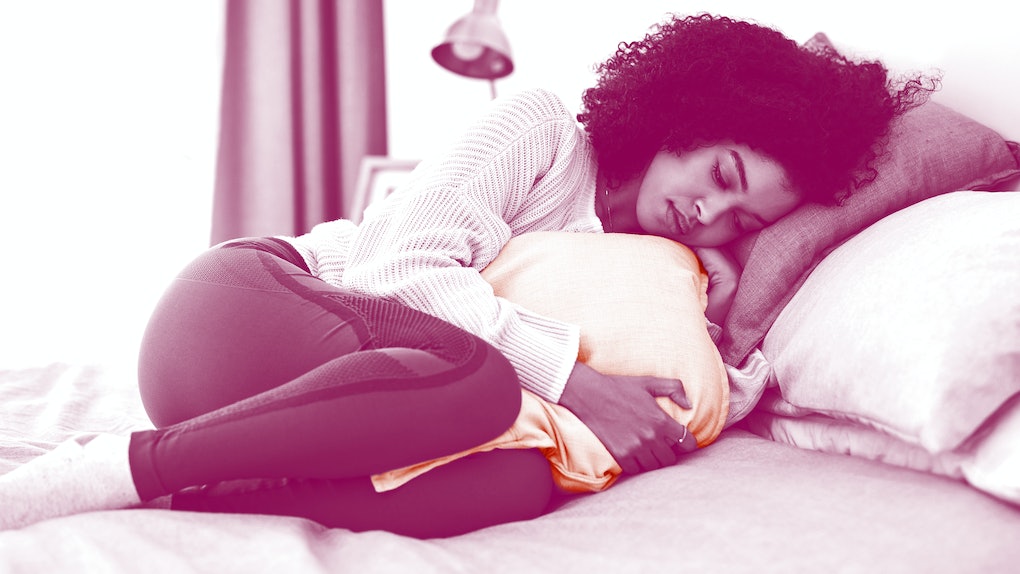 Here’s How You Get Over Your Exes, According To Your Enneagram

If you've been in the dating world for any amount of time, chances are you've had your heart broken at least once. But no matter how many times you go through the process of breaking up and moving on, it's still difficult to let go of what could have been and start getting whatever closure you need to move on. The reality is that there's no one foolproof way to heal from a breakup, but there's probably a method that you've found works best for you to help get over your exes, depending on your Enneagram type.

Enneagrams, for those who are unfamiliar, is a system of organizing personalities into nine different types. These types are based on your deepest motivations, what you fear, and what matters most to you. They also offer great insight into how you view the world and what you turn to for comfort when going through difficult times. In other words, your Enneagram can tell you a lot about both how you process the grief of a breakup as well as how you heal from it. These tactics for moving on from an ex will likely sound pretty familiar depending on your personality type.

For Type One, life is very binary. Things are either right or they're wrong, good or bad. Type One doesn’t have an interest in nuance, so the messiness and confusion that follows a breakup can be especially challenging for this type. They hold themselves to a very high standard, so when a relationship ends they can feel like a failure. When they can’t rationalize the breakup, they seek to erase it, literally. Type One cleans house, deleting everything from their social media, and tosses out everything that reminds them of their ex.

Type Two lives to take care of the people around them. They're always willing to lend an ear, a helping hand, or a shoulder to cry on. Their greatest desire is to be loved unconditionally. Two takes breakups hard, as it seems to confirm their greatest fear that they're unworthy of love and acceptance. Naturally, when they're feeling this way, they turn to activities that feed their soul and throw themselves into projects and activities that allow them to help others.

Type Three is driven and puts all their emotional energy into achieving the goals that they have set for themselves. This includes in their relationship, which they feel should always be moving forward. When the relationship ends, Three sees this a failure to meet their goal, which can have a massive impact on their ego and self-worth. In this case, Three turns to what they do best: setting new goals to achieve that will renew their self-esteem and keep them busy while healing their heartbreak.

Type Four tend to take breakups very hard. They're creative types who are very intune with their emotions and they can tend toward being gloomy. They're constantly on a quest for self-discovery and sometimes, in relationships, they can mix up their identity with being in a relationship. When a relationship ends, they may have a bit of an identity crisis. But like the artistic souls they are, heartbreak can be a great muse. To heal and move on, they channel their feelings into their creative endeavors.

Type Five is typically very independent. Their true passion is the pursuit of knowledge. They throw themselves into study and discovery to the point where it sometimes leaves little room and emotional energy for romance. But that doesn't mean that breakups aren’t challenging for this type. The way that they deal with those emotions and the healing process is to just channel even more of their time and energy into their passion projects.

Getting close to a Type Six can be a bit challenging to begin with, as this type's very concerned with their emotional security. They're slow to open up and their trust has to be earned. They're also always on the lookout for potential problems, so when a relationship ends they're both hurt, but their worldview is also somewhat validated. To move on, they tend to turn to their support system of friends and family who have proven themselves to be a safe place. They also swear off dating again forever (but really just for now).

Type Seven is a free spirit. They love their freedom and they're in constant pursuit of new experiences and adventures. They're highly independent and are slow to get attached to new people. They also bounce back from breakups with relative ease. They rationalize why it didn't work out, shake off the blues, and chalk it up to another life experience. Soon enough, they're ready to move on to the next thing that catches their interest.

Type Eight is powerful. They have a commanding presence and they aren't afraid of confrontation. They pride themselves on protecting those they care about and fighting for what they believe is right. They value loyalty and offer the same in return. So for Eight, a breakup feels like a betrayal and their most comfortable emotion in this situation is anger. To heal and move on, they need to let go of all that fiery emotion. The most effective way they can do that is through physical activity that will help them work out the pent up aggression and anger.

Type Nine just wants everyone to get along and be happy. They're highly empathetic, understand everyone's point of view, and feel as though it's their responsibility to smooth things over and keep everyone in their life happy. When a relationship ends, it feels like they've let everyone down, which is hard for Nine to process. Adding to that, Nine's greatest fear is of separation and abandonment, so they take breakups especially hard. When Nine's hurting, they tend to retreat into themselves and check out. They need time to just lick their wounds and move through the pain. Moving on for Nine means loads of self-care and a fair amount of wallowing. Think eating ice cream through a sheet mask.

No matter your Enneagram type, breakups are rough (OK maybe not for Sevens, but definitely for everyone else). When it comes to healing and moving on, do what you need to take care of yourself and your emotional well being. It doesn't matter if that's signing up for a marathon or marathoning Gossip Girl in bed again. Just remember that there's light at the end of the tunnel.