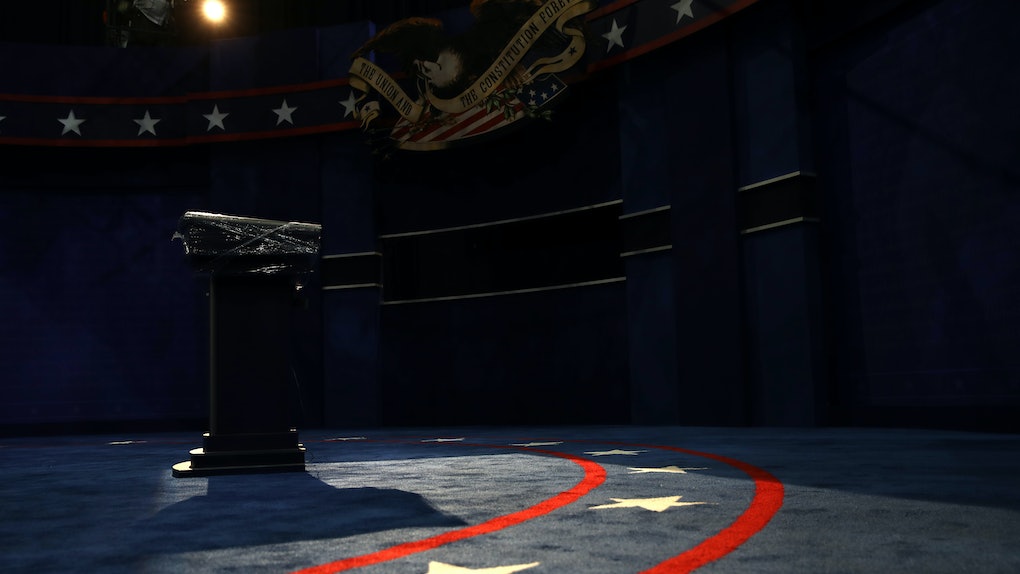 It's all happening, folks — the first round of Democratic presidential debates is finally here. After President Donald Trump's controversial and tumultuous first term, several Democrats have stepped up to the plate with hopes of being the next President of the United States come November 2020. The lineup includes current and former politicians such as senators, governors, house representatives, a mayor, and even a former vice president; and non-politicians including an entrepreneur and an author. In total, 20 candidates will be participating in the upcoming debates, and here's how to watch the first Democratic debates for 2020 so you know where everyone stands going into the next election cycle.

The first Democratic debates of the year will take place from 9 p.m. to 11 p.m. ET June 26 and June 27, 2019, in Miami, Florida. The debates will be hosted by NBC, MSNBC, and Telemundo and will air live across all three networks both nights. Viewers with cable can watch the debates on their TVs on NBC, MSNBC, or Telemundo, but the debates will also be streamed online for free on NBC News' digital platforms, which include NBCNews.com, MSNBC.com, and the NBC News Mobile app, as well as Telemundo's digital platforms.

According to NBC News, the debates will be moderated by NBC and Telemundo journalists Savannah Guthrie, Lester Holt, Chuck Todd, José Diaz-Balart, and Rachel Maddow, and will feature candidates who either raised money from at least 65,000 donors with a minimum of 200 donors per state from 20 states, or who polled at 1% or above in three different surveys recognized by the Democratic National Committee (DNC).

Democratic presidential hopefuls for 2020 have started tweeting about what they plan to discuss during the June debates and calling for support ahead of the first round. On June 14, Sen. Warren tweeted that she can't wait to discuss her plans for big, structural change and asked supporters to pitch in money to keep the momentum going. Sen. Harris also took to Twitter letting audiences know she would be debating, writing, "I can't wait to take the debate stage on June 27 at 9 p.m. ET to discuss how we can build a better America together. #ForThePeople," and called on supporters to throw debate parties.

According to NBC News, the June 26 and June 27 debates will be among the first of 12 primary debates the DNC has planned. According to Rolling Stone, the second round of debates will be held on July 30 and July 31, 2019, in Detroit, which gives viewers just over a month to ponder candidate responses from the first round before going into round two. Stay tuned.